So don’t let spin doctors and fake media tell you lies about the woman who is bringing down the giants in the swamp! And there are a great number of them, more than anyone could have imagined! Powell stated that the ‘New World Order’ has ‘OVERTHROWN The Republican Party’ and that the Republican Party sold […] […]

“Sidney Powell is registered as a MILITARY LAWYER and is the only one who can prosecute TREASON at a TRIBUNAL!” — THE MARSHALL REPORT — FREEDOM MINDS FOR THE AMERICAN REPUBLICS

Within minutes of publishing Update 15 I received a message from Abel Praise in Nigeria giving me a link to what he’d only just published on His Kingdom Prophecy.

It uncannily connects into my posting, as well as material received yesterday, and so both lots must appear next! You’ll recall my 4-part mini-series on his five prophetical dreams giving insights into Donald Trump’s presidency and the upcoming election – Dreams 1-3, Dream 4, Dream 5 and conclusion: Spheres of Influence.

Now, we have the privilege of Abel’s in-depth instruction on the spiritual principles of intercession from our rightful place as Jesus’ disciples in the heavenly realms and its holy courts. His account is boldly entitled (subsequent emphases mine):

Many things have changed in the heavens and even much more have been birthed in the earth concerning The Nation of America during this season.

I have in recent weeks published a number of prophetic articles revealing the prophetic state of things and how The LORD has kept me on my Watch to see and make known the ongoing decisions concerning The American Nation in The Courts of Heaven.

As I have stayed before The LORD in Watching, Praying as The LORD continued to reveal how we must stand in the gap concerning the American Presidential elections, and how it concerns the purposes of The Kingdom in the next season. END_OF_DOCUMENT_TOKEN_TO_BE_REPLACED

In view of the obvious diabolical direction of events in the USA, we need to update my previous overviews on satan’s global strategy.

First, Elaine Venning submitted a short, rousing video on a prophecy given 50 years ago by the first televangelist, the Catholic American Bishop Fulton Sheen.: (I’ve noticed this link keeps disappearing and reappearing whilst drafting! Trusting it works for you.)

Elaine summarises: “He foresaw that elitism was a threat to the American nation, that they were about tearing down police, churches, teachers and government. This elite is noisy and uses violence to intimidate and force its views upon folk. It knows what it is against but not really what it is for. Effectively, it becomes a tool of destruction and the target is the God-given natural order. To counter this Fulton calls for a turning to God, a looking up to Him, to restore the dignity of man.”

Secondly, as submitted by the ‘anon’ American intercessor and author of this blog’s report from the ‘front lines’, see this informative secular introduction by Joshua Philipp:

I’m also grateful Elaine has provided an outline of this video:

“In essence, Josh Phillipp is trying to get to the facts against the backdrop of a the Big Lie. He concludes we’re up against the same agenda used by dictatorships elsewhere (incl Nazis & Communists). This was broadcast yesterday (24 November) by these actions:

“By contrast, President Trump has recommended that the GSA (Gen Services Admin) staff who have been threatened (and their families) do what is necessary to stay safe and run with the protocols. But as yet no declared winner and no defeat conceded. This has been done to save lives.

“In the President’s twitter feed he did not concede defeat. He said  “Our case strongly continues. We will keep up the good fight and I believe we will prevail.”

“Josh also reiterated the 8 preliminary charges of fraud with evidence that were given in a statement in the President’s press conference on 19th November. All of these would normally have triggered fraud investigations. These charges are

Next, we will consider in-depth insights from prophet and prayer warrior Abel Praise.

MAY ALL MY AMERICAN READERS HAVE A BLESSED THANKSGIVING 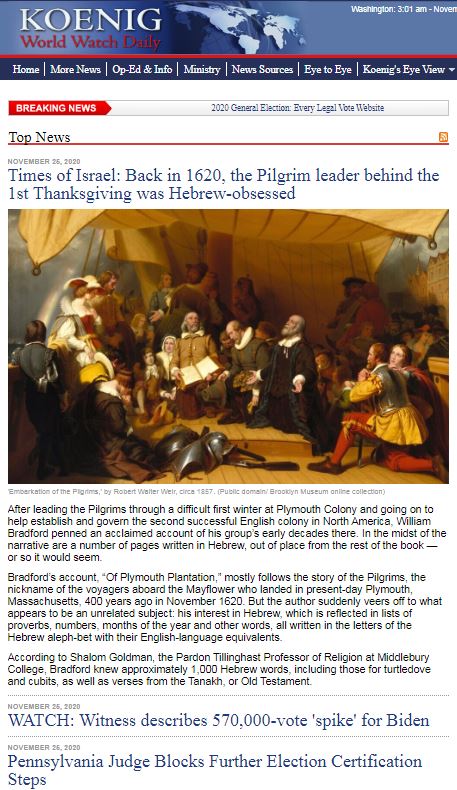 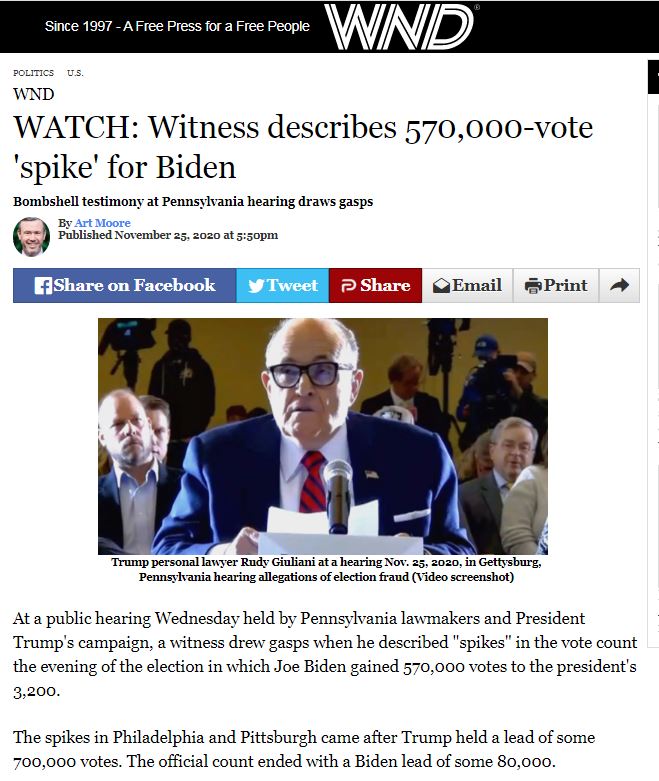 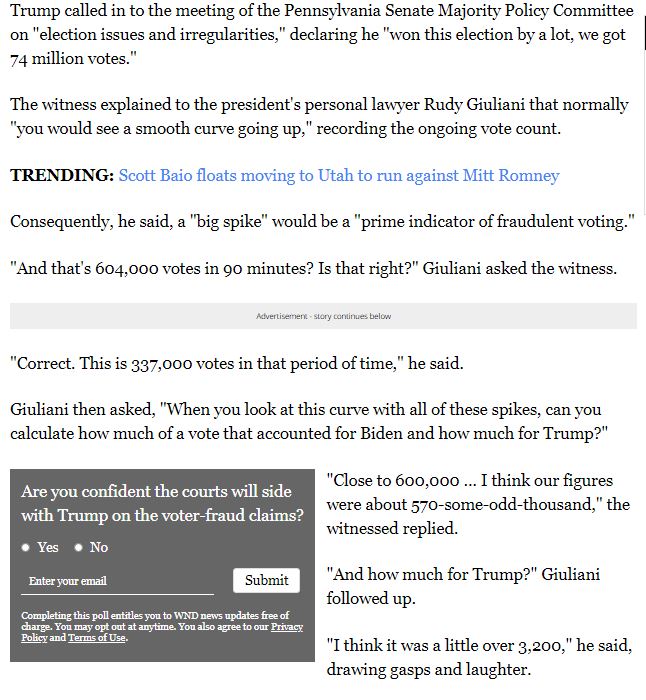 My offline time is interrupted to bring developments (click RightScoop images to read reports) and what I believe is a revelatory self-exposure from the real main protagonist of his truly anti-Christian heart: 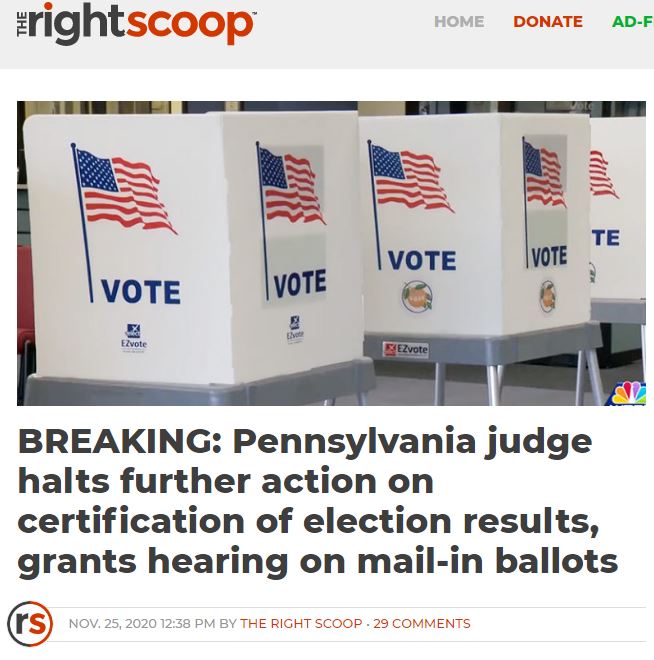 END_OF_DOCUMENT_TOKEN_TO_BE_REPLACED

If this detailed report is true then we have fascinating follow-up to the prophecies about Philadelphia and ‘Keystone’ Pennsylvania’s role in the presidential election: 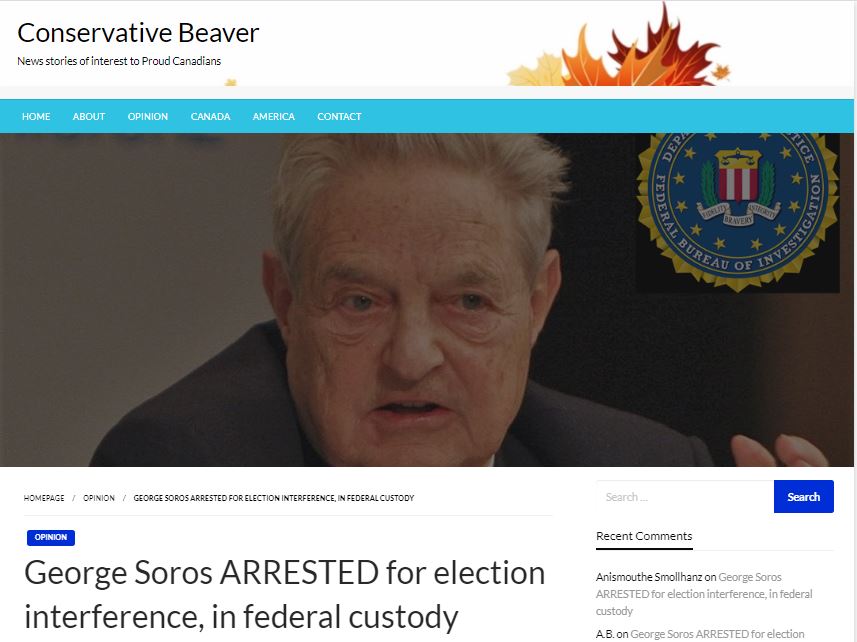 END_OF_DOCUMENT_TOKEN_TO_BE_REPLACED

Further to Monday’s Newsmix 1 and it’s ‘God-incidental’ Update about the proposal to restrict people’s liberty according to their state of health, Pauline W and Hilary S have drawn my attention to:

1. Letter in the Daily Telegraph of 18th November under title Imposing vaccination: 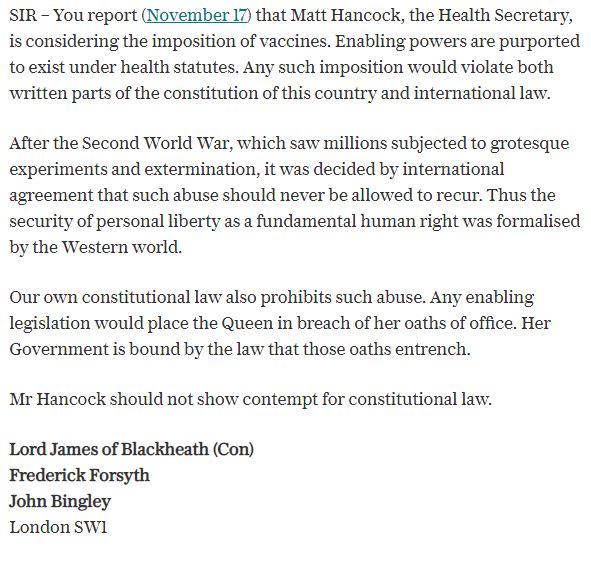 The signatories are referring to Matt Hancock refuses to rule out making coronavirus vaccine mandatory.

All through my wife’s attendance at a nearby out-patients department involving very frequent phone calls from a physiotherapist, plus attending the Royal Surrey Hospital for scans and x-rays, we have nothing but gratitude for their professionalism during such very awkward times of national lockdowns.

However, during conversation with one of her oldest friends, a retired nurse, both ladies were appalled to learn about nonsensical official instructions a friend of hers was given for preparing for an elective operation.

She was required to self-isolate at home for a period and specifically instructed not to travel to hospital by car but to take public transport instead; which carries much greater risk of infection than does driving in her own, or being conveyed in her husband’s, car.  Moreover, in needing to arrive by 7.30am, how was she to get a bus so early from the countryside and yet maintain the benefit of having been isolated? It’s definitely half-baked!

Such irrational requirements from senior NHS management engenders an expectation of incompetence and inconsistency when introducing Covid-Freedom passes – does it not?

REMEMBER, I was warned that ‘maSk’ is only one letter away from ‘MaRk’ and governments have begun trial-runs for controlling, or ‘grooming’ according to Gilad Rosinger, people and moving away from paying by cash to pay by waving the hand!

Screenshots from my phone yesterday (seeing this again still makes me LIVID): 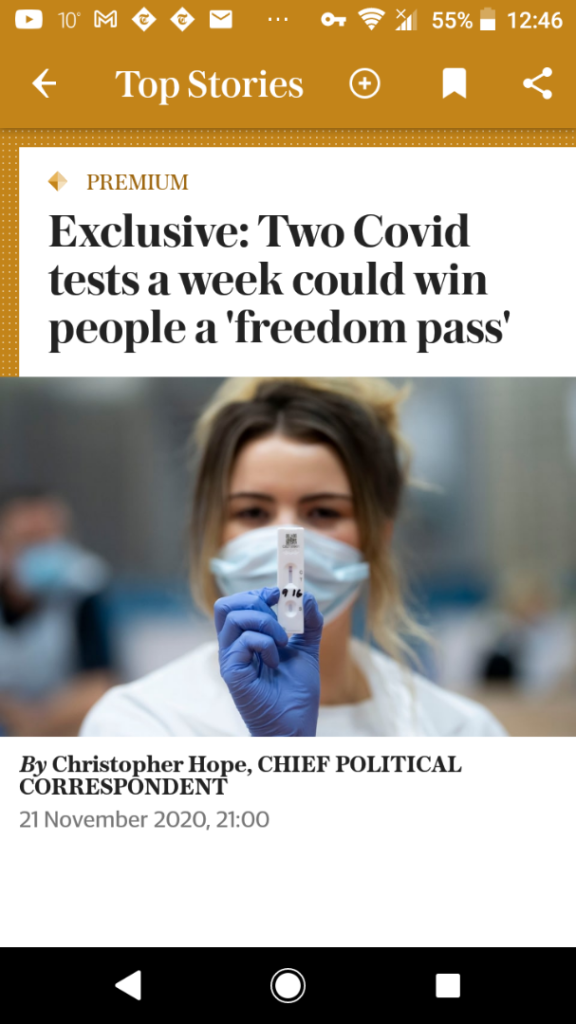 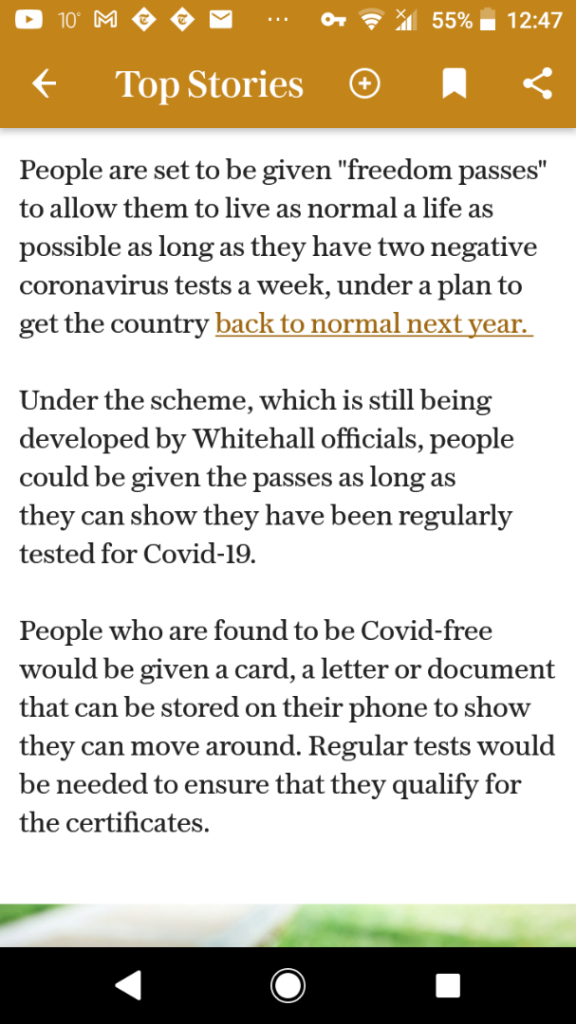 Will this action bring about the downfall of Boris Johnson’s government?

‘However many Conservative MPs are still concerned about some Government plans, he added, not least the freedom pass because the “implied coercion to force people into asymptomatic testing is very problematic.”  As revealed by Sunday Telegraph, the pass could be granted to those who obtain a negative test twice a week. ‘

CIA Director John Brennan sent an email to Barack Obama informing him that the Russian collusion story was made up by Hillary Clinton. Dwell on that for a moment. The evidence that would have killed the stupid Mueller investigation and spared the nation two years of torture, was always there. They had known with certainty, […]

Continue reading at > THIS IS THE MOST SIGNIFICANT NEWS BLOG I HAVE EVER WRITTEN. — Mario Murillo Ministries

Prophetic words and visions published herein are for each reader to weigh and test against holy scripture and with the Lord. (See An Introduction To Christian Prophecy at http://wp.me/P1Y1yB-2My and A Question On Prophecy within http://wp.me/p1Y1yB-3e7.) 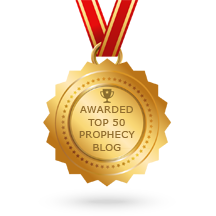