Hello, I’m Richard Barker and am married to Nina. We live in East Hampshire, England.

Welcome to my musings about what’s going on in the world and I trust this blog may help you gain some insights. Indeed, what on earth is going to happen next?  Be warned, you may find some of my ideas challenging, even outlandish!  This page gives a brief outline of the main trends in my writing. First, however, here are some pertinent points from my past – my old-self that’s now well and truly dead:

A DISINTERMENT OF MY ‘OLD-SELF’

In 1970-80s my interest in English history was stimulated by the ‘enlightenment’ that’s evident in Elizabethan and Jacobean literature, in metaphysics and the birth of the scientific method, as well as in printing and its use of wordsearch-type ciphers and codes within literature. With working opposite the site of the original Globe theatre in Southwark I was a regular visitor to Guildhall Library across the Thames in the City. 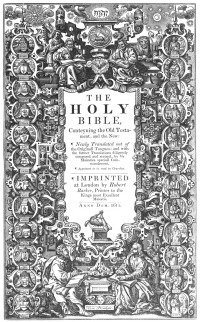 I was intrigued to see my family name on the title-page of the first edition of the famous King James Authorised Bible  (1611- click image to enlarge).  It shows Robert Barker as printer, in continuity of his father Christopher’s patent as royal printer to Queen Elizabeth I.  Christopher Barker had printed the reformers’ Geneva Bible as well as Bishops’ Bible (about 70 editions in total).

This gave me a grounding for later researching the history of Reading (papers appended for reference purposes).

A BBC Radio 3 interview arose out of my self-published booklet on the code hidden within Westminster Abbey’s monument to William Shakespeare. Additionally, I was well-informed on the western esoteric tradition, new-age spirituality and prophecies as well as material behind the supposed Da Vinci code. If you’re familiar with those fables about Jesus then you may like to read my post on Mary Magdalene for authentic data on her later life in the Marseilles area with her sister Martha.

GRABBED BY AN ‘INVISIBLE HAND’!

As a part-time editor/publisher I was well placed in the mid-1980s for a friend who ran a mail-order book business to give me a new book on geopolitics, The Invisible Hand by Victor Dunstan published by his Megiddo Press (1984). 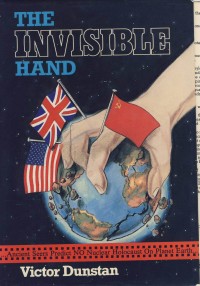 This gift claimed the Bible held coded and plain-text details of prophecies relating to the British Mandate in Palestine, as well as giving historical details of the Mandate.

Whilst watching a documentary about the then current Iraq-Iran war I happened to casually flick through the book and noticed many references to the significance of Jerusalem.

So you can imagine my absolute amazement upon hearing the narrator on TV describing footage being shown of “Elite units from opposing forces are rehearsing an attack upon Jerusalem” – ie. despite being at war with one another they’d united to practise ‘liberating’ Jerusalem!!

So I looked and watched purported to be a video of such an attack – my jaw dropped!  Wouldn’t yours?

Definitely a book to be taken seriously; it grabbed and got my full attention!

Consequently, I became more alert to Middle-Eastern and globally related events, which suggest things may not be as they seem at first glance – or as reported in the media, and definitely not the BBC!  I was amazed to learn that many modern events are of Biblical significance.  Bemused, therefore, I began to watch as events unfolded – occasionally and slowly at first, but rapidly and accelerating after we entered the new Millennium, or ‘3rd Day’ since Christ.

Dunstan estimated all the prophecies would come to a climax in 1992 with Russia being the lead villain against Israel. However, he didn’t foresee the collapse of communism in 1989!  Yet that year proved pertinent because the ‘Middle East Peace Process’ had just got under way in October 1991 and led to the Oslo Accords of 1993.

Furthermore, Victor accurately foresaw the resurgence of Islam as a militant force:

‘We are about to witness a mighty and almost unbelievable upsurge in Islam. Though we see the first signs of an Islamic-revival (it) has a long way to to go but it’s going to go that ‘long way’ very quickly.’ [‘The Invisible Hand’, page 198.]

Consequently, his seminal book has received a number of mentions during the course of my blogging and which may be found under the Invisbl_Hand tag.

REBORN AFTER A SUPERNATURAL RESCUE

A few years later (Sept 1989), I was alarmed to be unexpectedly faced with my own immediate demise – but I was blessed, as though a real invisible hand saved me. The Living God made me an offer I simply couldn’t refuse. I gladly accepted His free gift of everlasting life, ie. Jesus Christ’s death and resurrection was for my personal benefit. Incredible!

I completely turned around through personal repentance and, as the Lord graciously dealt with me, I was forgiven and cleansed of my involvement in yoga and the occult.  Years later, I received training in and practised full gospel prayer ministry, as well as secular person-centred counselling.

[An overview of my background with links to the full account of the encounter may be read in my personal testimony “I’m FREE!”.]

As I got to grips with my new life in God, learned his ways and was introduced to his Best Instructions Before Leaving Earth – scales fell from my eyes!  Scriptures about what’s happening to the world became particularly clear.

At the turn of the Millennium, I discovered that John McTernan and William Koenig had been following prophetical developments since 1986 and the mid-1990’s respectively. In 1996 William published his work as Koenig’s International News (now Watch.org) and became an accredited White House correspondent in 2001, the year they co-authored Israel: The Blessing or the Curse. They’ve written other works and continue to monitor matters separately, as occasionally covered in this blog – see tags Koenig, McTernan.

In February 2009 I checked the parable of the wheat and tares but, upon opening my Bible, excitement exploded upon audibly hearing, “This is ALL about to be fulfilled!”  So I emailed church friends and a few leaders about this under the title The End-Game is Now in Play and began sending occasional updates on current events relevant to Biblical prophecies.

Some unusual dreams in Autumn 2011 proved to be ‘game-changers’. The first plugged directly into what I learned about Bill Johnson having sensed on or about the same day that it would be recognised as a significant pivotal date for changes in Kingdom activity within the UK.  Thus, I emailed about the Acceleration in Kingdom Activity and it quickly became clear that news of developments needed to be circulated more widely, and that I was being directed towards blogging. [Update: the same action in my dream about the new mandate from heaven about Kingdom purposes was heard in Bob Mazerowski’s exceptional teaching on 15 July 2014 at Church of His Presence.]

By the time of going public in November 2011 my emails included some contemporary prophetic words. Increasing coverage on this generated a growing readership and the words were compiled into a Library. This resource now contains over 100 prophetic words that are often viewed by visitors [PS Nov-2020: over 200 examples of prophecies have come to pass or are moving towards fulfillment; two dozen later echoed in Press headlines and likewise for Brexit in 2016! See Prophecies – Fulfilled and sub-pages.]

Soon afterwards unexpectedly, I challenged politically motivated action against praying in public, as undertaken by Healing On The Streets. Consequently, another collection was created as a hub of healing testimonials, augmented by posts about healings at The Bay of The Holy Spirit Revival. Also in 2012, a trail of ‘God-incidences’ brought me to focus upon the Queen’s Diamond Jubilee celebrations and prophecies about a ‘New Season’ all enhanced the blog’s content.

Within 5 years of writing there’d been significant developments proving the relevance of the Bible today on the establishment of new Middle-Eastern coalitions, as foreseen by Ezekiel. The term I first used for this was ‘Ezekiel 38 Alliance’, but the Biblical descriptor ‘Gog-Magog’ is now more appropriate. Events related to this are proceeding so rapidly there’s no time for me to keep up with them!  Readers who are particularly interested, however, can keep up to date with the sources quoted in most articles or by using links listed down the Home Page, which has expanded upon their introduction in Not on The 10 o’clock News.

My focus so far (2015) has been on prophecy and time, as may be evident in timings of inspiration and the immense vista beyond the ‘Open Door’ – can we see the invisible becoming tangible?

It’s fascinating that the blog’s originally proposed name Invisible Jigsaw is increasingly coming into play, and that the 500th post is coinciding with the start of an unusual back-to-back sequence of blood moons on the dates of the main Jewish Festivals.

By this blog’s 4th anniversary many were noticing increasing acceleration of Biblically significant events. Furthermore, another repetition of Iran’s end-time ambition resulted in The ‘Invisible Hand’ Re-appears, as reported on 2nd December 2015 .

ALL NEW TO YOU?

You, dear reader, may be unaware of the exceptional relevance of a great chunk of the Old and New Testaments to today’s events.  Regrettably, many others are not only poorly uninformed but may also be quite biased against Christianity.  Therefore, I ask you to adopt an open mind as you mull over the themes and ideas expressed in this blog.

As not many people know of this, let’s seek expert advice next…(click to read more).