Now to the rationale of this blog, as stated in its title’s strap-line, ‘Looking for the signs of Jesus’ return’ and we examine what Jesus told us to look out for:

Omitting signs that apply to the destruction of Jerusalem in AD70 (Note 1) and those recorded by Apostle John in his book of The Revelation of Jesus Christ, this selection is compiled from the earliest Gospel (Mark 13), augmented by Matthew (24) and Luke (17 & 21), plus extracts from Paul’s letters to believers in Corinth and Salonika, to whom he told the origin of his teaching – ‘For this we say to you by the word of the Lord…’ .: 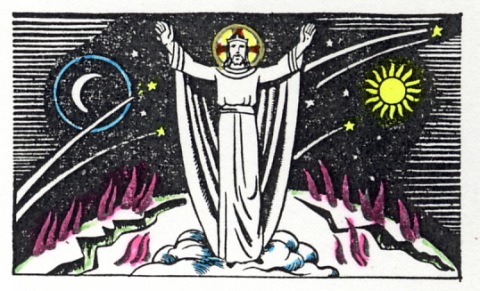 Jesus said, “Take heed; see, I have told you all things beforehand.

Details from The Apocalypse, the book recording ‘the Revelation of Jesus Christ, which God gave Him to show His servants’ penned by His apostle John will follow later, but note that after receiving that glory-revelation John writes, ‘

Behold He is coming with clouds and every eye shall see Him, even they who pierced Him. And all the tribes of the earth shall mourn because of Him. Even so, Amen….In the Spirit on the Lord’s Day I heard behind me a loud voice, as of a trumpet, saying,

‘“I am the Alpha and the Omega, the First and the Last…”

How Can We Be Sure? 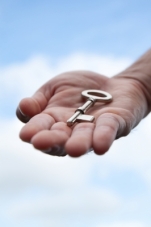 You may object, “But even if that’s an accurate quotation it’s only guesswork”. That is, prophecies don’t always come to pass. In answer and in synopsis only [more details here], I therefore offer this Key to Foretelling the Future.

IS THE END NIGH?

Not necessarily! I’m not of the alarmist brigade because, in my humble opinion, Jesus is coming back for a bride who’s ‘made herself ready’, which I understand to be a church that has been restored to move fully in the ‘greater works’ – one that has arisen with the glory of the Lord appearing over her and piercing the ‘thick darkness covering the peoples’ (see Revelation 19.7, Acts 3.21, John 14.12 and Isaiah 60.1-2). YET, it may be just over the horizon!

There’s clear indications this preparation is already happening through many ministries. Jesus did say, “I will build my church and the gates of hell shall not prevail against it.” (Matthew 16.18).

On praying to our Heavenly Father, He instructed us to petition, “Your Kingdom come, Your will be done on earth as it is in heaven…” (Matt 6:10).

The Lord’s Kingdom rule has yet to come in its fullness so, in my opinion, a reworking – even a significant sifting or pruning – may be necessary as the Lord finishes building his Church and believers make themselves ready for the Marriage Supper of the Lamb.

THE ‘ALL CHANGE!’ SIGNAL

‘Behold I tell you a mystery (hidden truth): We shall not all ‘sleep’ but we shall all be changed – in a moment, in the twinkling of an eye, at the last trumpet. For the trumpet will sound, and the dead will be raised incorruptible, and we shall be changed. For this corruptible must put on incorruption, and this mortality put on immortality.’ (I Cor 51-53)