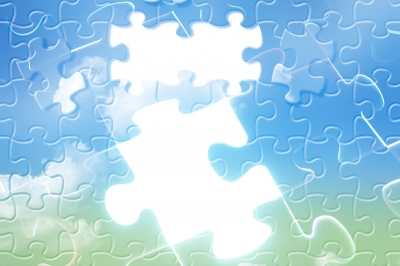 ‘But concerning the times and the seasons, brethren, you have no need that I should write to you. For you yourselves know perfectly that the day of the Lord so comes as a thief in the night. For when they say, “Peace and safety!” then sudden destruction comes upon them, as labor pains upon a pregnant woman. And they shall not escape. But you, brethren, are not in darkness, so that this Day should overtake you as a thief. You are all sons of light and sons of the day. We are not of the night nor of darkness.’  (1 Thess 5:1-4 NKJV – emphases added)

Is what Apostle Paul foretold about the timing of the Day of the Lord happening today? Or this coming year?  Especially noteworthy is the fact that today is Rosh Hashanah – the start of the Jewish New Year 5778!!

You may recall having read about this a month ago in Today’s and one month away’s awesome events in the heavens on Mark Biltz’s message (1:04 – 1:05 mark refers)?

The United Nations has declared 21st September to be observed annually and globally as the International Day of Peace (‘Peace Day’)’. Today’s and the next 365 days theme is entitled, ‘Together for Peace, Respect, Safety and Dignity For All’.

Look again, that scripture’s third verse promises ‘when they say, “Peace and Safety!” then…’, the clear inference everyone’s saying those words.

Eschatologists reason that, in the context of the corpus of End-time scripture, this verse means Israel will be living in peace and safety within its own land without any threats or attacks from other nations. Hence the international interest in getting an Israel-Palestine peace treaty signed with a two-state solution to the vexed issue.

But what if the verse really refers to a worldwide concensus to talk about peace and safety, not the resolution of a long-standing Middle-East geopolitical problem??

Could this year, therefore, be the beginning of The Day of The Lord?

Furthermore, the details in Matthew’s account of the magi’s journey following the Star of Bethlehem had dropped into mind over the past weeks’ whilst mulling over September’s three special days. (Hence my publishing God’s Bookends.)  King Herod’s asking them about the timing of that star resulted in his murdering children under two years of age (Matt 2:7& 2:16).  So could there be something meaningful about ‘two years’? I ponder over its possible implications in the fulfillment of prophecy.

Moreover, could it support a ‘niggling’ growing suspicion over the direct relevance of what I’d posted two years ago about the Day of the Lord??

Therefore, I was struck whilst editing that post to hear an announcement coming out of my computer speakers about those two years!!  And it was the voice of a man with the same initials as me – RB!  He was nine minutes into a video summary of discussions on the internet since 2015 about the two years up to now, and of which I’m totally unaware as my time’s far too valuable to spend trawling through cyber-stuff.

Double therefore – I took this ‘God-incidence’ as confirmation about the connection I’d been mulling over. Here it is:

Whilst in Jerusalem during the Feat of Tabernacles in 2015 violinist and messianic Jew Dr Maurice Sklar had a visionary experience which concluded with him being instructed to “Tell them all, The Day of the Lord is upon you now!”

‘Upon’ doesn’t necessarily mean ‘here’ or ‘on top of’ but it can also mean something’s ‘imminent’ and so ‘The Day of the Lord’ could be just ‘over the horizon’ and arrive very soon!

Moreover, although two years apart Dr Sklar’s revelatory vision and today’s UN ‘Peace Day’ are both on a Feast day designated by the Lord: ie. Tabernacles and Trumpets (Rosh Hashanah) – Leviticus 23:23-25 and 23:33-36.  The latter is a two-day holiday starting at sundown yesterday and to allow for sighting of the new moon in Jerusalem. It is immediately followed by high holy days ‘The Days of Awe’ leading into Yom Kippur, the Day of Atonement, with intense spiritual preparation and repentance, sometimes referred to as ‘Israel’s Dark Days’. Old Testament prophets understood the Days of Awe to be a period of judgement, which has a parallel with The Day of The Lord (The Last Shofar, Joseph Lenard & Donalf Zoller).

What’s more, the astronomical alignment of planets and constellations that mirror the ‘radiant woman’ of Rev 12:1-2 takes place on the first ‘Day of Awe’ 2017; that is, 23rd September!

For newer readers, let’s briefly consider the background to Paul’s letter and the Day of the Lord:

In the earliest canonical document of the Church (depending upon resolution of date of his letter to the churches in Galatia), Apostle Paul reminded believers in Thessalonica what he’d taught them about Jesus Christ’s promise to return. They were concerned about the status of those who’d died (were ‘asleep’) before that prophesied event.

He states, “For this we say to you by the word of the Lord” which, in my humble opinion, clearly implies Paul had heard this direct from Jesus personally, or received during his very occasional meetings with the twelve apostles. (The later gospels, Peter and John’s letters refer to Jesus’ second coming but don’t spell out the details, as Paul does, for all believers upon being ‘caught up’ or ‘raptured’ to Him at His return.)

Paul refers in passing to a future event first prophesied by prophet Obadiah – the Day of the Lord (see Obad 15) – and to which Jesus alludes in his ‘mission statement’ and its direct connection with Isaiah 61:2 (Luke 4:18-19 refers).