Undoubtedly the Lord’s man – and woman – for Israel… 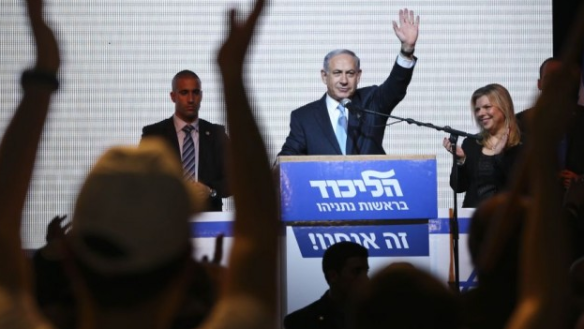 Netanyahu at victory rally in Tel Aviv in the week hours of Wednesday morning (photo credit: Times of Israel)

UPDATED AT 8:30AM ISRAEL TIME: (Central Israel) — The Israeli media was completely wrong.

The American pundits were wrong.

The Obama team efforts to unseat an American ally were a complete failure.

Netanyahu wasn’t losing. He wasn’t about to be shipped off to retirement in disgrace.

This wasn’t close — this was a landslide.