Dedicated to personal and cyber friends and readers who’ve followed my musings over the years – kindly bear with any repetition below.

On the last day of February seven years ago I emailed some friends in various churches about how I’d been stunned upon opening my Bible. Having been in touch about the previous year’s events in Lakeland, Florida, we continued chatting occasionally. However, my attention was suddenly directed to look at Biblical prophecies in much more depth.

We will see how this may be relevant to the previous post but first, in celebrating that date, let me repeat the opening of that two-part email (click title to read in full – and I hope the many links below don’t cause readers any scrolling problems):

The Endgame Is Now In Play

‘Dear Friends – further to Rev’d Bill’s [author William Smith] recent request re Christian Freedom, may I offer some observations upon our times and, in another message, suggest a way forward?

‘Last year, I encountered two conflicting claims about Jesus’ explanation of the parable on the end-time harvest of wheat and tares (Matt 13:36-43). So I went to check scripture but upon opening my Bible a deep excitement exploded within as I heard, “This is ALL about to be fulfilled” – WOW!!

‘Hence, my previous remarks about a sifting of the Church – in preparation for a rapid ‘sHifting’? Jesus urged His disciples to look out for and observe signs of the times. Regarding their questions about His return at the end of this Age, the earliest Gospel account has Jesus stressing 7 times, “Watch…be alert…on your guard“ (Mark 13). Matthew 24 reports Jesus saying 4 times, “Watch…and when you see…” followed by the parables of the burglar and of the virgins:> “Don’t be caught napping!” [Is the Church still asleep?] Luke’s account has, “Be always on the watch…” (at 21:36) and chapter 12 has sections on watchfulness and interpreting the times. In each Gospel Jesus commands, “Learn the lesson of the fig tree…”. Also, the Apostles went on to give more indicators (Acts 3:20-1, Hebrews 12:26-7, 2 Peter 3, 2 Timothy 3 and the first and second letters to the Thessalonians). 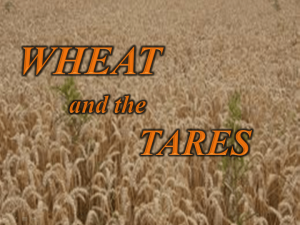 [Last Thursday I referred to that parable when I commented upon a contribution at the close of  What is the Gospel of the Kingdom?.  Author Nelson Walters replied that he intends blogging on it soon!  Upon re-reading the above ‘7 times’ repetition of Jesus it’s fascinating that Matthew 13 pops up 7 years later! Now, is it coincidence or ‘God-incidence’? You tell me.]

That email went on to remind readers of the increasing difficulties fellow believers were facing in their workplaces because of political intolerance and surveillance. [This still pertains, eg. the Court appeal of senior NHS therapist Victoria Wasteney outrageously disciplined for giving a Muslim colleague a book!! – but better news on Christian political campaigner Alan Craig being reinstated and all charges dropped against pensioner/street preacher Michael Jones who was imprisoned for exposing ISIS!! – many more cases here. Breaking News – secret policing of Christian student leads to expulsion!]

In the follow-up email I shared an open vision of the rotten state of our society and that Christians need to take a stand upon the Rock that is Christ. I quoted Bible teacher David Pawson’s idea that such ‘persecution’ will strengthen and encourage Christians, and that Muslims are shaming us with our lack of zeal.

Occasional emails were to follow focusing upon current events in the Middle East not only from a scriptural perspective, of which my friends were acquainted, but also from little-known facts as well as omissions by mainstream media.

Thus to President Obama’s landmark Cairo Speech to the Muslim world and I torpedoed his claims of being a historian and Christian. Observers will be familiar with those matters and Potus’ great antipathy towards Israel and Prime Minister Netanyahu, and hence the consequential collapse of America’s influence in that sphere. (See that link for updates)

However, on two consecutive days 13 months later (12 & 13 May 2010) there came an interesting combination of events: Netanyahu quoted the New Testament against PA chief negotiator’s insults over the Jewish nature of Jerusalem – Obama turned a new leaf on Israel! (Details here.) Interesting that only last week Bibi had occasion to correct David Cameron over Jerusalem, as noted in previous post.

From the early days of reporting, my private emails were mainly based upon monitoring developments in what I termed the ‘Ezekiel 38 Alliance’, otherwise known as Gog-Magog, as well as Zecharia 12 re Jerusalem (see Today’s Importance in History‘). 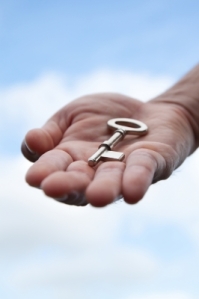 But Biblically-related and prophesied events were unfolding rapidly and the Lord prompted me to start blogging to a wider readership, which was launched in November 2011. The first blogs’ background and testimony of a near death-revelation of hell served to introduce me. Also, I told Why I’m on the Lookout (including use of a ‘time machine’ operated by literary licence, and our Time Lord’s Key to Foretelling the Future), notified my earliest readers about non-mainstream media sources used (Not the 10 o’clock News) and introduced the theory of cycles of time in 2011-2012 and Biblical Historical/Financial Cycles.  September 2011’s dream of The Kingdom being set up in the UK was also recounted.

It’s again noteworthy that 50 months ago posts on PM Netanyahu setting up Bible study at Home and on PM Cameron ‘Doing God’ featured in the first month of blogging!!

Within months I began blogging about healing in view of a furore over prayers for healing being performed on the streets and covered issues on that as well as The Bay of The Holy Spirit healing revival. So a main menu hub with many sub-pages was established on Jesus & Miracles, which also asks ‘Do You Know Jesus?’ for any visitors to whom He may be unfamiliar.

In view of the blog’s main focus it was essential to set up an instructional hub Prophecies & Visions, which includes a Library of contemporary words of prophecy and prophetical visions 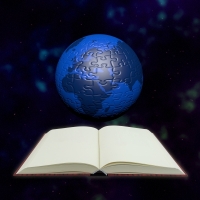 That was the title I first wanted to use for this blog but at that time I wasn’t able to find or to create a suitable graphic. An increasing range of material encouraged me to diversify my blogging and in a way opened me more to what the Lord was doing and communicating. It was rather like His displaying pieces of an invisible jigsaw.

On several occasions other folk would contribute various prophetic words and their timing was more than coincidental. In particular, a lengthy string of personal events cropped up in connection with the Queen’s Diamond Jubilee Bells and I had to start taking these kind of insights seriously. These and many ‘God-incidents’ were like jigsaw pieces.

These events got so frequent that rather than having to repeat myself for the benefit of new readers it was more helpful to write brief introductions to this material. As the blog’s format may differ on tablets and smartphones to that for desktop screens, maybe some readers are unaware of these outlines buried within the blog’s main menu.

For ease of reference, those outlines are: Cycles & Time > 1 Eternity and Prophecy – 2 The Nature of Time – 3 Cycles and the Bible – 4 The Natural Year – 5 Historic Aprils for USA & Israel : God-incidents & Jigsaws >  6 God-incidents – 7 Invisible Jigsaw.

Therefore, I took particular notice of ‘spooky’ events on two anniversaries of this blog. As told here, Iran ‘coincidentally’ repeated what I’d seen in mid-1980’s – rehearsal of an attack upon Jerusalem. That was my introduction as a non-Christian to Bible prophecy!

Therefore, I was most amused upon the teaching On Engaging Time turning up recently! Also, 7 represents a cycle of completion and closure for another to begin. So I’ve been mulling over what the Lord may have in store for me next and where my focus should be.

Double-confirmation of what I was sensing came from my trusty friends in Glasgow: time to go ‘deeper and higher’!  Hoping and praying that’s for you too…

Be mightily blessed by and in The Name Above ALL Names…

Thank you so much Lord. Thine be the glory and praise alone!

Update: Nelson Walters has published Wheat and the Tares. When Does It Happen?

PS. Never would it have crossed my mind when examining opposing opinion on the wheat and tares that 7 years later I’d have scribbled 1020 emails, pages and posts, gained a few hundred regular readers and nearly quarter of a million hits. All-time most popular posts are Dr Sharon Stone’s Prophetic words for 2014-16 for UK & Ireland, the word on a New Move of God for the UK brought by Heidi Baker and then Dr Sharon’s word for 2013, with the Library collection following closely.