The prophetic words below were delivered at Catch The Fire London on 16 November by the internationally respected co-founder of Iris Ministries, Heidi Baker. My thanks go to Suzanne Payne for bringing it to my attention and for the hard graft of transcription:

The Spirit Calls You To Him 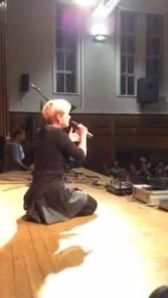 Thanking leaders Stuart and Chloe Glassborow for just having quoted the scriptures she was about to preach on, Heidi told those assembled to fix their eyes on Jesus and, asking Him to take everyone deeper, she sensed His Spirit flowing. In her inimitable intimacy with Jesus,  Heidi urged Him not to leave England like it is, nor the UK, nor London as they are.

Heidi went on to share what she was receiving, which brought a tremendous response from everyone:

“And there’s something specific happening as you start just lining up in this unity. There’s going to be a unity beyond anything the UK’s ever seen. It’s like there’s something, I feel like you’re going to become like these radical lovers of God that’s going to cross all denominations, all the barriers.”

“I feel like church history is going to be made in this place again, and you’re going to be a part of the history because, instead of burning people at the stake, there’s going to be radical love manifested through the Body of Christ.

Amen! Bring it on Lord! 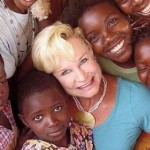 Receive the full impact of this prophetic word to Heidi by listening to the podcast. Click on the link to CTF in this photo and select ‘The Spirit Calls You To Him’ – this word starts at 6:05.

Iris Ministries is based in Mozambique. Click to read how the Bakers began their work, their core values and their outstanding mission across east Africa.

Several years ago I discussed with Heidi’s husband Rolland an open vision before me of Holy Spirit fire sweeping up Africa from Mozambique into the Middle East. This had blessed me when I first saw Heidi teaching at Toronto and he said it’s similar to what their local director Supressa Sithole had seen for the ministry. (Details may be read under ‘2012 Note’ in A Third Great Awakening?)

20 thoughts on “Heidi Baker: prophecy of a new move of God in UK – with updates”