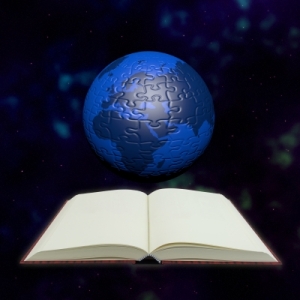 My ‘Monday morning newsmix’ takes an unplanned, different direction – because of a New Year It’s time to publish my intended post and follow-ups of two months ago under the coded-heading ‘Y my focus upon US election fraud?‘

Furthermore, whilst taking a walk this morning I was amused to realise I’ve gone a full 40 years’ cycle, or rather up a level of the spiral, in being inwardly directed to return to code-related matters. My Bio-Info tells of having studied the origin of ciphers and publishing a booklet on Westminster Abbey’s monument to Shakespeare hiding Sir Francis Bacon’s name in its mis-quotation from The Tempest.

Upon awaking this morning and even before thanking the Lord for being alive, I found my musing of last night was to take a novel turn. Most unusually, I needed to jot what was coming as a new blog – even preceding the one on my mind last night.

Therefore, I have to trust this is of the Lord and ignore the deluge of prophecy-related news that’s also appearing, as though right on cue!

Next, as I get online, how can it be any surprise to see TWO relevant articles published overnight atop my email.

AND, just like mine, both take a new direction to their usual writing on the great issue of today, yet get straight to its heart from three angles – exactly like three interlinked pieces of God’s Invisible Jigsaw!

This first of new material remained personal because it’s not directly related to scripture or to prophecy and, tempted as I was to update my readers, I believed it may present an imposition upon you. It is, after all, in the public domain and thus may well be known to you but, more importantly, it’s of a debatable nature and disputed – even scorned – by a wide number.

In the midst of many so-called ‘conspiracy theories’ I was aware of oblique references to ‘Q-Anon’ but, as my online time-slices have to be astutely rationed, I never investigated it. Also, not having a Twitter account and using hash-tags I was unfamiliar with all the details.

My Facebook buddy Chris Moyler shared an article by a British ‘polymath’ and computer scientist Martin Geddes, who describes himself:

“Over the years I have become adept at pulling apart belief systems and finding where they are deficient. This started with a childhood that involved one parent in a religious cult. In my professional role as a telecoms expert, I have worked on paradigm change in both the technical and policy spaces.

“I happen to have a degree in Mathematics and Computation from the University of Oxford. Logical thinking is important, but insufficient. In a maze of deception, you also need to be able to unlearn, and recognise you have been fooled. This is an emotional skill, as it means dealing with a hurt ego and the loss of the “feeling of knowing”.

After reading the article I needed to learn more, downloaded his truly exceptional free document 10 Essays on Q written 2018 to 2020. My hard-copy of its 40 pages bears many paragraphs daubed in highlighter yellow with marginalia of big pink asterisks!

I’m delighted to learn from Martin about the ‘QAnon’ phenomena’s origins and activities, especially as he confirms my conclusions from observing Obama and his administration since I started writing in 2009, as well as his more-or-less endorsing William Koenig’s insights from within the White House press-room.

First, however, let me introduce you to this significant matter through Martin’s article in my next post ‘Q-one‘…which also connects into the May 2016 prophecy on exposure of political corruption in USA. and series #10 of fulfilled prophecies.