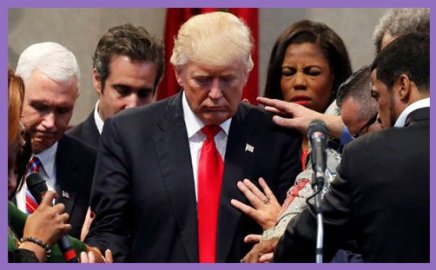 ‘Britain and America will get a new trade deal “done quickly and done properly”, Donald Trump said on Sunday night as he promised he would help make Brexit great. The US president-elect praised Britain for voting to leave the European Union, saying: “People, countries, want their own identity, and the UK wanted its own identity”.

‘Mr Trump also disclosed that Theresa May, the Prime Minister, will visit him in the White House “right after” he is sworn in.’

It not so much that Trump trashes Obama’s ‘mobster-style’ threat, made during his visit to support ex-PM Cameron, to send Britain “to the back of the queue” in trade negotiations if we to vote to get out of the EU. That derisory arm-twisting from a ‘lame-duck’ Potus with a full two-term record of failed foreign policies was treated with the contempt it deserves and helped many to decide in favour of ‘Brexit’!

No, that’s not the issue now. Trump’s incisive remark about the United Kingdom wanting our own identity tallies so closely with a four years-old prophetic word brought by Revd Dr Sharon Stone. His remark demonstrates that, both nations’ new and radically different leadership that’s come into office through exceptionally unusual circumstances, IS ALIGNING WITH THE LORD’S STATED PURPOSES AND DESTINY FOR OUR NATIONS.

As with prophet Daniel’s declaration to Babylon’s king Nebuchadnezzar,

“Blessed be the name of God forever and ever, for wisdom and might are His. And He changes the times and the seasons; He removes kings and raises kings; He gives wisdom to the wise and knowledge to those who have understanding…” (Dan 2:2-21 NKJV)

Now, let’s examine the Prophetic Word on Hurricane Sandy that Sharon brought from the Lord on 3rd November 2012, in which I’ve emphasised pertinent parts.:

“I don’t want to talk about the hurricane only hitting New York – it hit the Caribbean, it hit New Jersey, it hit New York, it went on up into Canada. There were deaths everywhere and so we don’t downsize any of that. In matter of fact, its eye hit New Jersey but the greatest amount of damage was done in New York and I think the reason people put the emphasis on that is simply because that’s the financial district, that has the Statue of Liberty, a place of identity for the nation, a place of rule in the nation. And so that’s why I believe people’s focus is upon there, even though that’s not the only place that it touched…

“I only got to see it once in a while…and one time the Lord said, “The hurricane Sandy is a punctuation.”

“And the Lord kept saying that this hurricane and these winds are ‘a punctuation’ – not  just in the US but a punctuation in the world. Now a type of punctuation means that it draws the line, and it brings a separation and there is an alteration after that, and this is what the Lord said,

“These are re-arranging winds and they’re changing the course of nations.”

“…This is a “re-arranging winds and a changing of the course of nations” and the Lord spoke this, and forgive me as I’m going to read some of this because I want to get the words right. The Lord said:

“The Old World’s time has cycled around again to become a New World (we’re part of that Old World, here in Europe: Sharon) to rewrite history, no longer a Constantine conversion that advances religion without Christ. Hidden winds of change have been developing on the inside of My people and they are now blowing change into the world. The western New World, particularly the USA, will enter accelerated crisis-shaking to hasten their journey to learn that I am their true resource and I am their defender. The USA has been a champion of freedom for much of the oppressed world, but you cannot represent freedom without representing Me, Jesus, Who is the provider and Who can bring sustainable protection to the nation.

“We’re not the only nation that has been in an identity crisis. I believe that many of our nations have had skewed identity and the Lord is saying this; He says,

“I will bring you out of what you have designed by your own thinking and by your own hands – listen to that! – that I may redesign it by My thoughts and My plans.”