As in my recent postings, here’s the relevant part of the prophecy Kim Clement brought on 22nd February 2014:

“..And then there is a nation He showed me – He took me – itching for a new kind of war with America…

“This nation shall come very subtly, but they shall not come in the time of President Obama…they shall come when this new one arrives, as My David, that I have set aside for this nation. A man of prayer – a man of choice words – not a man who is verbose, has verbosity, who speaks too much!…”

HERE’S YET ANOTHER EXAMPLE OF IT COMING TO PASS – BETRAYAL NEXT? 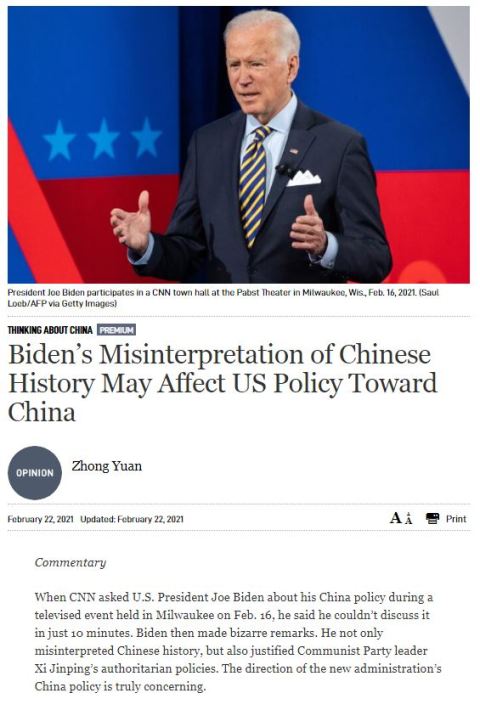 “If you know anything about Chinese history, it has always been—the time when China has been victimized by the outer world is when they haven’t been unified at home,” Biden said.

“So the central—to vastly overstate it—the central principle of Xi Jinping is that there must be a united, tightly controlled China. And he uses his rationale for the things he does based on that.”

His statements are surprising because such rhetoric usually comes from the Chinese Communist Party (CCP). No wonder former U.S. Secretary of State Mike Pompeo immediately said Biden was echoing “Chinese propaganda” with regards to the CCP’s human rights abuses against minorities and political dissidents.

The history that Biden was referring to is the past 71 years in China—the shameful history after the CCP seized power. Biden was born in 1942. It isn’t unusual for him to lack knowledge about Chinese history. In fact, most Americans and even many Chinese people don’t understand Chinese history. The CCP has tampered with Chinese history textbooks and deceived generations of Chinese with their inaccuracies…

Click to continue reading The Epoch Times’ Biden’s Misinterpretation of Chinese History May Affect US Policy Toward China.

Activities of China’s Communist Party (CCP) are monitored by many US alternative news sites; for example as below (click image) and The National Pulse’s Scoops. 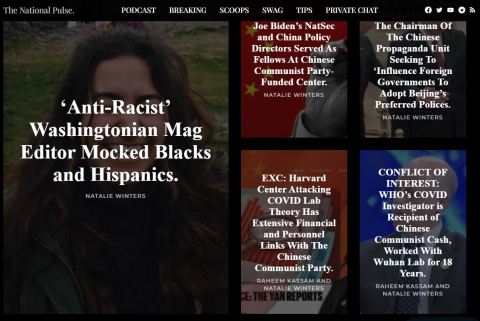 1 thought on “Kim Clement prophecy on China vs USA fulfilled by Biden’s clear support of CCP.”