Back in May 2016 I mused to myself and with the Lord on whether He is, or will begin, exposing rotten politics and evil corruption within the UK, the USA – as well as within the EU. Now, almost 5 years later, I’ve logged three dozen news items showing that prophetical musing is actually coming to pass.

Further to various Archbishops’ and bishops’ (NB but not the Pope’s!!) denunciations, the outrage of America’s Roman Catholic leaders continues to gather momentum, as in this news published yesterday in The Epoch Times: 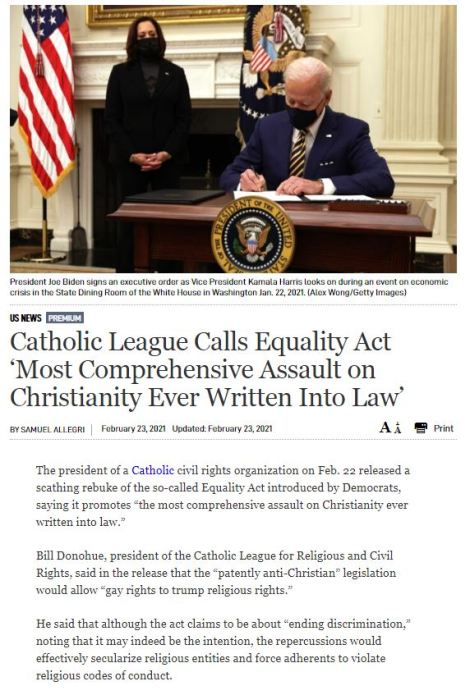 I hope you can read the image’s text. I note in particular Samuel Allegri’s subsequent quotations (emphases mine),

‘Donohue highlighted the incompatibility between the Catholic faith and the proponents of the legislation.

“It is hard for the public to understand, especially Catholics, why such allegedly ‘devout Catholics’ as [President Joe] Biden and [House Speaker Nancy] Pelosi (D-Calif) would want to champion such patently anti-Christian legislation as the Equality Act.”

‘The Catholic League said that it’s getting in touch with Congress over the bill.

‘Last week, Lila Rose, founder and president of the pro-life organization Live Action, made similar statements with respect to abortion.

‘Rose, said that Biden professes to be a “devout Catholic,” but the religion carries clear and repeated messages that protect the sanctity of life.

‘Rose, herself a Catholic, said Biden is using Christianity as a cover for his radical abortion agenda.

“The president is using the Christian religion as a cover for his extreme policies and his promotion of abortion. And that is simply the worst kind of lie. It’s the worst kind of violence, it’s what needs to be exposed.”

NOTE ALSO this of 5th February as reported by Washington Free Beacon: 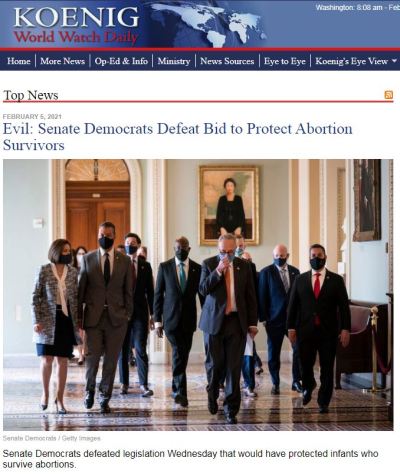