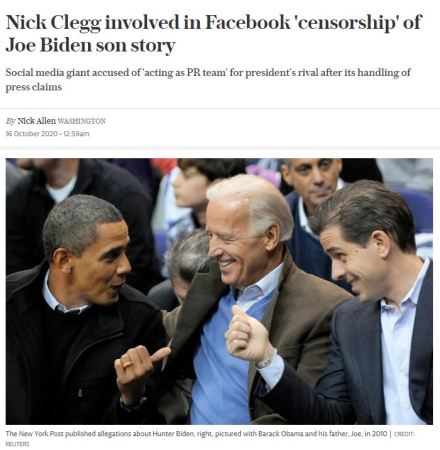 For ease of reference, here are previous items in chronological order on progress in fulfillment of Veronika West’s prophecy of ‘falling giants’ which, in my humble opinion, crosses over with that on whistle-blowers:

My readers in the UK may be interested in a couple of reports that bring this American issue nearer to home because of Facebook and Twitter’s unwarranted twisting of public debate. Those to whom this is new will find Cranmer’s introduction useful: 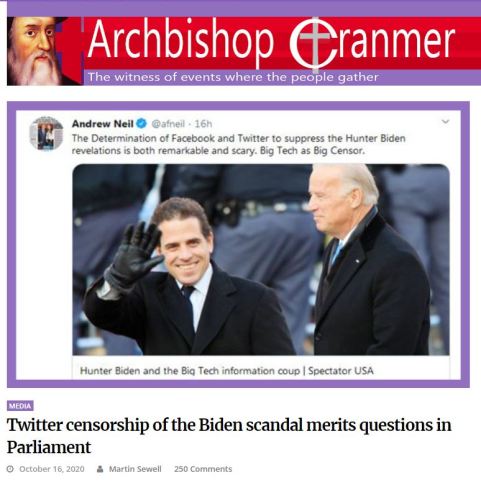 ‘There is something rather sinister going on at Twitter. Readers will recall the daily news being full of serious allegations of Russian collusion with the Trump campaign in order to influence (allegedly) the 2016 election. They may also recall the Steele dossier which was the foundation of the allegations, and how this led to an attempt to impeach President Trump, which failed.

‘Did anyone have any difficulty reading full details of the allegations on social media? The mainstream media on both sides of the Atlantic were awash with material about it, and it only it petered out when US Attorney General Barr released his report which found that the foundation of the allegations were murkily enmeshed with Hillary Clinton’s election campaign and the Democratic National Committee. The Steele dossier was discredited but it had served its purpose.

‘The boot is now on the other foot. For some time there has been discussion and speculation about the curious coincidence that the offspring of prominent US politicians have secured lucrative positions with oil companies in the Ukraine without any experience in the energy sector, and despite having no obvious skills or talents to justify such commercial involvement. Among the families thus favoured have been those of Nancy Pelosi, John Kerry, Mitt Romney, and Joe Biden.

‘That was a troubling coincidence, but the suspicions became more tangible when Hunter Biden, son of Joe, took his laptop computer for repair to a Mac store in Delaware and then, being very very rich or forgetful, or both, never went back to collect it, presumably buying a new one and downloading what he wanted from the Cloud. The shop owner repaired it, and when it went uncollected he had a look at who might do such a thing…’ (click to continue reading in full)

In particular I note:

‘We can only hope that some journalists can find the integrity to follow this story up now further evidence is emerging. If true, this is worse than Watergate [R.Watch 25 January 2018 refers], and following the financial trail ought not to be difficult for any investigator working with serious intent to set out the truth of these serious concerns.

‘Former New York Mayor Rudy Giuliani has prosecuted many crime-ridden families. He knows how the corruption of politicians is best achieved and has already identified emails which he says show classic techniques of how to launder bribes via political families.

‘Happily the Spectator magazine has now taken up the story and begun explaining it, along with its significance. It will be interesting to see how quickly (or if) the rest of the media in the UK follows suit. We cannot help but contrast their reluctance to address this huge scandal compared to their considerable interest in Donald Trump’s tax returns…’ 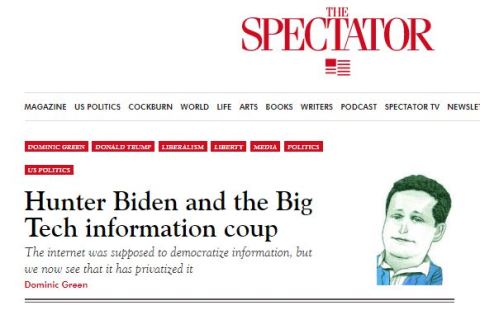