Maybe like me you’ve been ‘watching’ world events unfold since the start of this Second Millennium?

As in my ‘Bio‘, it all began for me as a non-Christian in the mid-80’s with reading The Invisible Hand and then noting events, especially after an astonishing dream in ’92 about the fall of Islam.

After hearing “This is ALL about to be fulfilled!”, and as that was in 2008 when Barack Obama was running for election as president, I paid closer attention to what was going on in the USA. Within months I started writing on End-times and Christian prophecy and had objections to his Cairo Speech and later asked, Is Obama’s Impeachment Now On The Cards? (2013).

A SCANDAL SO ENORMOUS

In ‘going where the evidence leads’ Melanie Philips, one of Britain’s leading columnists, writes in the last week of January 2018 (emphases mine), 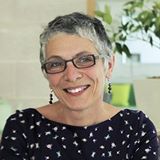 ‘If you are in Britain and relying on the BBC and mainstream media for your information, you probably won’t know that a political scandal has been developing in the Washington swamp which has the potential to make Watergate look positively puny by comparison. You probably won’t know that what passes for the accepted wisdom about President Trump may be in the process of being turned on its head.

‘The reason there’s been no news coverage is that it suggests Trump has been not the instigator but the target of collusion – between the FBI, the Justice Department, the Democratic party and the Russians, first to prevent him from being elected US President and then to lever him out of office…’

‘If all this is true, it is one of the greatest political scandals in American history: the corruption by a sitting president of the top tiers of the security and justice establishment to pervert the course of justice to exonerate the Democratic presidential candidate of any crimes while simultaneously trying to frame her opponent; and then a further conspiracy between the Democratic party and administration officials to remove the duly elected President from office through an administrative coup based on a further criminal abuse of process.

‘Whether or not this turns out to be the case remains to be seen. But given what’s going on, the silence or muted disdain of most of the mainstream media in the US and their echo-chamber in Britain is remarkable. It is the most graphic evidence of a collective hysteria about Donald Trump which has effaced not just the tattered fragments of media objectivity but reason itself.’

Whatever’s she writing about? Read the in-between bits of Melanie’s post by clicking on A scandal maybe SO enormous it has produced..silence and muted disdain.

THE OFFICIAL WAR AGAINST TRUMP

In his Introduction to Our Finest Hour issue 2:2 (March 2017) Neville Johnson writes, ‘The cup of iniquity is filling up and the fullness of God’s purposes for the church is now upon us.’ That issue closes with a special, extra item ‘The Official War Against Trump’. Barack Obama’s official post-presidential website features and describes ‘Organizing For Action’, and I understand it involves the billionaire George Soros. My Warning Re USA briefly covers this matter.

As a result of a mix of events and visions, plus ‘gremlins’ when trying to email, in late May 2015 I mused upon ‘Is the Lord Exposing Rotten Politics? UK, USA – Next EU??’

Sure enough, all sorts of rot started creeping out from the gutters over the next year, as told in Fulfilled Prophecy #10; and confirmed by what Revd John Kilpatrick heard from the Lord on ‘An Eruption of Corruption’. Then came news (here), followed by a vision received by Stuart Wentworth as Exposure of Sin, Corruption, Darkness as Sign of God’s Coming Glory.