On the evidence of two or three witnesses a matter shall be confirmed. (Deuteronomy 19:15 NASB)

At the beginning of last week I recalled having mused five months ago in view of the scandals arising in the UK, USA and EU, Is the Lord Exposing Rotten Politics? So was that passing thought ‘prophetically guessing the Lord’s wanting to sort out deep corruption in governments. That’s now come to head at such an appropriate time with next week’s American elections up in the air over Hillary Clinton’s extremely suspicious activities‘? 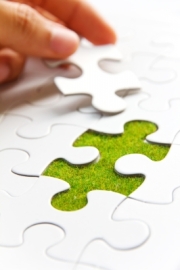 I didn’t, however, know that over that preceding, just-finished weekend – the last in October – the Lord had told a pastor not to attend that Sunday’s service!

We’d noted unusually severe corruption of that service’s online streaming. The only thing viewers could see was a continuous green-field screen with jagged edges along the top. As noted by chat-room, the technical crew were aware of the issue but unable to resolve the problem within the first 1/2 hour. So we went to the archive for something we’d not seen. Going live later we saw they were all deep in prayer, presumably in connection with the election.

So during yesterday’s service at Church of His Presence my ears pricked up when pastor John Kilpatrick solemnly announced (at 1:11:20 mark of this video).:

(1:14:25) “While I was in prayer last week I had three things that the Lord spoke to me. Number one, the first thing the Lord said Saturday afternoon was,

“This is a season of great peril.”

“Usually when God speaks to me it’s just a few words not a sentence or a paragraph and He said, “great peril”.  The next morning the Holy Spirit spoke to me and said,

“…I thought it probably wasn’t going to manifest or something we wouldn’t actually see but would be important; but the third thing He told me was,

“Thursday through this coming Tuesday (last week to tomorrow) is going to be very, very critical – and 25 days after Tuesday, the election day, is going to be critical.”

“So I told people and I didn’t know anything was going to happen on Thursday or would be evident but I know that something’s going on behind the scenes – I know that it is – and so He said ‘Thursday through to this Tuesday is critical…’. So we’re going to spend some time in prayer…”

John then preached on ‘An Eruption of Corruption’ based upon the Israelites’ escape from bondage in Egypt, seeing what the Lord did for them and what Moses learned of the Lord’s plans up on Mount Sinai, only to find the people had corrupted themselves in his absence with pagan idolatry. They had become impatient with delays and turned away from God to their own ways in imitating other nation’s practices instead of being a holy people.

John also confessed that his own impatience after two years of praying for revival had made him seek leadership of another church far across country. Had that happened then he would have missed the outbreak of the Brownsville Revival in 1995!!  So that was what the Lord had been preparing for, but John’s own thoughts almost corrupted his faith and could have led to his missing the best that God had for him.

So in view of that from the Lord about what’s happening in the USA it was interesting to note this headline of yesterday from Fox News: Clinton Foundation Admits It Didn’t Notify State Dept of $1M Quatar Gift.

There far more going on below the surface than the public is aware – but the Living Lord God knows.

For a succinct summary similar to and reinforcing pastor John’s recommendation and message see Nelson Walter’s Vote Theology Not Politicians.

Finally, this morning’s informative analysis from Debkafile in The US votes amid split FBI and dented National Security.:

‘At this point, two things are becoming clear: