Such a splendid ‘God-incidence!’ I read this news last night and when incoming online this afternoon I was about to search my browser’s long history of links to this item, but got stopped in my tracks – I noticed a Farcebook notification from Andy Davies’ remark on my OOPS Update! wherein he says “and the truth keeps being revealed….” and attached a link to the latest news on what I was about to search for!!!

Therefore, I conclude this next exposure of THE BIG LIE most definitely is of the Lord…

NOTE: AS WITH THE DECEIT OF ‘WHITE HOUSE’ FALSE ‘LIVE’ NEWS THIS TOO INVOLVES the State of GEORGIA!!  Let’s not forget that 5th January report the voting machines being used in the Georgia State Senate runoff were not only connected to the Internet, but were also hackable; also CIA and US Navy data expert testified there was provable election fraud in Georgia 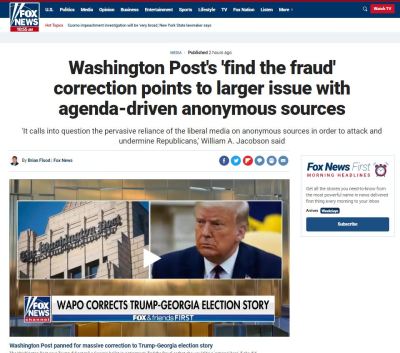 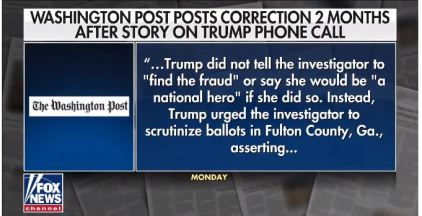 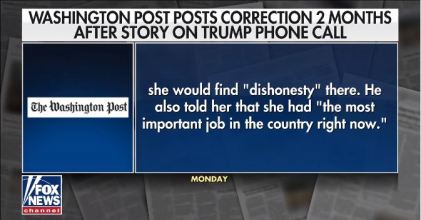 ‘The Washington Post made a massive correction Monday to a January report about a phone call between then-President Donald Trump and a Georgia elections investigator, as the liberal paper admitted multiple quotes attributed to Trump based on an anonymous source were inaccurate.

‘The corrected story was a hot topic on cable news and talk shows that helped spread the Post’s flawed report and media watchdogs feel it points to larger problems with agenda-driven anonymous sources and liberal outlets that rush to “confirm” them.

“‘This ‘correction’ is more than a correction, it calls into question the pervasive reliance of the liberal media on anonymous sources in order to attack and undermine Republicans,” Cornell Law School professor and media critic William A. Jacobson told Fox News…’ 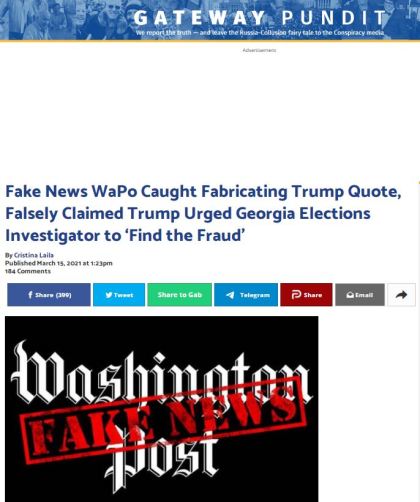 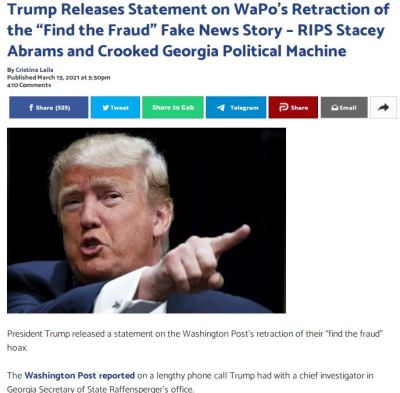 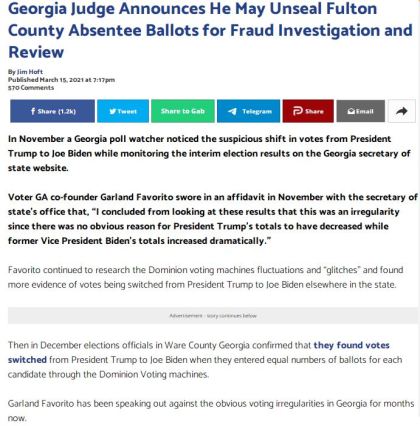 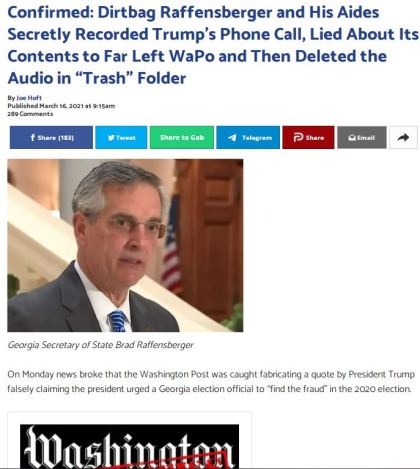 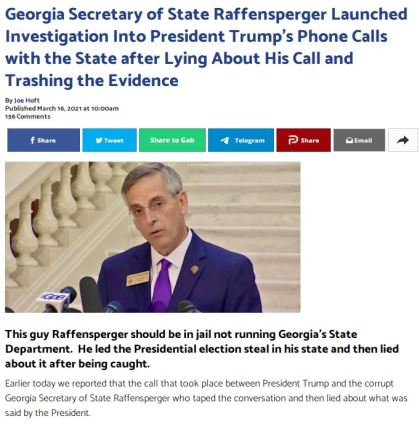