Following Father’s pointing and Holy Spirit’s prompting so often, I’ve found, lies in His timing. So please permit me a brief recap of 57th Global Prophecy Signals on His desire to drain ‘the swamp’ of satan’s influence upon global governance, finance, media and culture in America:

26 January – In that last we learned that on 16 December Jonathan Hill explained 57 is the number of hours Jesus spent deceased in the tomb, as blogged yesterday (item 3). The previous evening, however,…
25 January – I’d visited the link my friend Tim Shey in Idaho sent when commenting upon Will President Trump Finish What JFK Set Out To Do? as follows:

“Richard: Here is a video you may want to look at: U.S. Military Blocks Insurrection?” [RB click image below to run 9 minute video]

26 January – I carved out time to follow the full 49 minutes interview of Wayne Jett, historian and investigator of financial markets as well as distinguished legal counsel. and guess what I heard him saying…?

“This is the turning point. We’ve been four years in getting there, plus Donald Trump’s efforts, and the efforts of the 200 or more military high command people who have been at this – to my surprise – since the death of President Kennedy. [57 yrs ago last Nov]

“I thought it had come about just within the last 5-10 years, but it turns out that the people involved have said; ‘Indeed (those who got together) decided something had to be done to protect the Constitution, for it to survive at all.’ That occurred, by present reports, shortly after the assassination, the murder of President Kennedy by the same people we’re battling now.

“My goodness, 50-60 years since that time! We’re the lucky ones to get to be at this time and I’m not a bit short of patience for another two months to see how this comes out – and to do what we can to spread the information so more people can understand and get through it…” 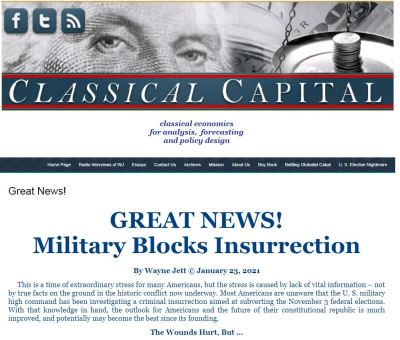 The homepage of Wayne’s website ClassicalCapital.com is above, but via Chrome I cannot open up its many pages whereas it’s possible via my phone, eg: 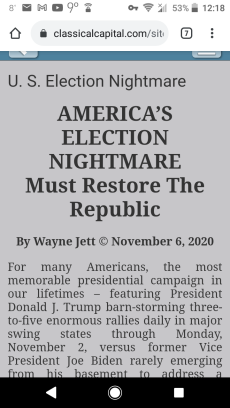 Right after listening to that interview another incoming blog-comment arrived from Tim: 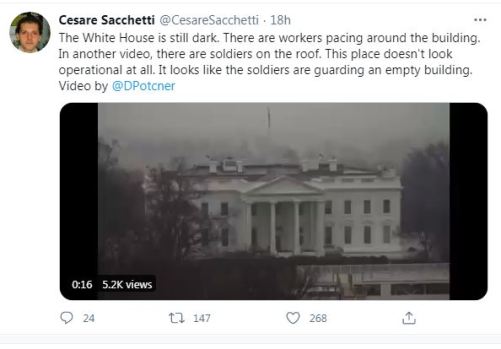 And that was an update on what he’d sent 6 hours earlier:

‘Richard: Here is some interesting information about a White House blackout from Cesare Sacchetti:

ALL IS NOT AS IT SEEMS – SOMETHING MIGHTILY INTERESTING IS AFOOT!

SO, KEEP THE KIM CLEMENT PROPHECIES OF 2008 & 2014…PLUS ALL THOSE OF DONALD TRUMP’S SECOND TERM AS POTUS IN MIND…!