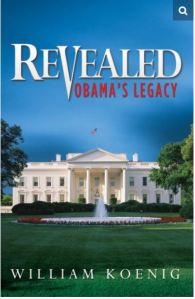 Further to Part 1’s closing quotation from William Koenig on Donald Trump’s inauguration in January 2017, readers may like to check this overview of his book on Obama’s dangerous legacy.

His location brought close familiarity with the work of several presidents and so William noticed the contrast between the last administrations is like that between darkness and light!

He emphasises that not since Ronald Reagan’s presidency have ALL Christians been so welcome in every area of the White House as they are under Donald Trump and Vice President Mike Pence. As a newly refreshed believer the President has become more open to the Lord and, supported by Franklin Graham and other Christian leaders, is moving forward in his faith. SO please avoid jumping to conclusions and making inaccurate even presumptuous judgments.

We will look more closely at Donald Trump’s faith and its application in furthering Kingdom principles later.

First, let’s look at his overturning a couple of his predecessor’s policies that were detrimental to moving God’s Kingdom forward.

Previously a pro-abortion businessman but now Christian president, Trump unequivocally and vociferously attacks malign activities of politicians who promote what is truly the worship of Molech (the demon-god of child sacrifice) in his speech to this year’s Pro-Life March. Quoting from The Root Behind the Plot to Impeach Trump?

“It is my profound honor to be the first president in history to attend the March for Life. We are here for a very simple reason: to defend the right of every child, born and unborn, to fulfill their God-given potential….”

“All of us here understand an eternal truth: Every child is a precious and sacred gift from God. Together, we must protect, cherish, and defend the dignity and the sanctity of every human life…

“When we see the image of a baby in the womb, we glimpse the majesty of God’s creation. When we hold a newborn in our arms, we know the endless love that each child brings to a family. When we watch a child grow, we see the splendor that radiates from each human soul. One life changes the world – from my family, and I can tell you, I send love, and I send great, great love – and from the first day in office, I have taken historic action to support America’s families and to protect the unborn…

“I notified Congress that I would veto any legislation that weakens pro-life policy or that encourages the destruction of human life.

“At the United Nations, I made clear global bureaucrats have no business attacking the sovereignty of nations that protect innocent life. Unborn children have never had a stronger defender in the White House.

“As the Bible tells us, each person is wonderfully made.” 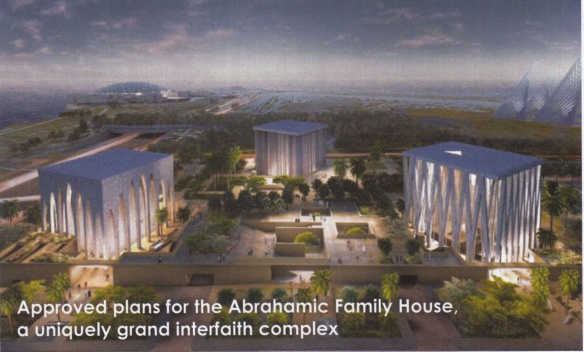 As someone who worked hard for passage of the Jerusalem Embassy Act of 1995, it was disappointing over the ensuing years to see one president after another break their promises to move the US Embassy to Jerusalem. Bill Clinton, George Bush, Barack Obama – Democrats and Republicans alike – had all promised during their election campaigns to recognize Jerusalem as Israel’s capital and move the US Embassy there. Yet each one reneged on their promises once in office. 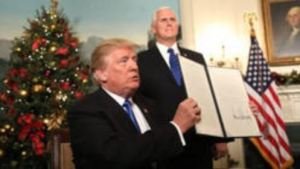 And then along came Donald J. Trump. Twenty-two years after I first drafted a bill to move the US Embassy to Jerusalem for Senator Jon Kyl, President Trump was finally the one who kept his campaign promise to give this revered city the respect it is due. It proved that Trump was no ordinary politician. And it was a great personal relief and vindication that all the work and effort put in some two decades earlier had not gone to waste. When granting official recognition to Jerusalem as Israel’s capital in December 2017, Trump specifically rested his decision on the overwhelming support that bill had already received in Congress back in 1995….click to continue reading at ICEJ

READ ALL THIS SERIES’ PARTS: