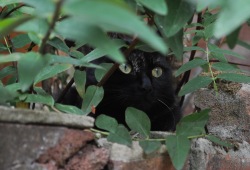 After yesterday’s early start to chauffeur a friend to/from Guildford I started summarising some dreams and visions of Big Ben striking midnight.

I closed with my off-the-cuff reply to ‘Tucson Tony’ asking for my ‘take’ on his dreams, but at the time of receipt I was very busy drafting. So I did a quick ponder…

I told him what flashed up as an answer: ‘My mediate thought as I type is, “It’s warning of the Lord’s Return!” ie. not long now!’. Tony replied, ‘Indeed! It would seem that the midnight hour is upon us.’

BUT, I’d completely forgotten the content of our first-thing prayers that continue with the ‘Keep Praying & Bless’ cycle, as blogged last year. Yesterday we were at ‘Day 39’ for Cleethorpes and area (as well as locally) and part of the blessing for there is:

‘We bless you to be part of the Bride of Christ, to prepare for the day when He will come and fetch those who are waiting for Him’.

Now that’s what I call a ‘God-incidence’!

I trust you’ve had opportunity to note the feedback in the comments thread. Here’s a couple of them starting with Tim Shey’s subsequent remarks:

‘Big Ben–center of time; Parliament–center of government. What starts in England will cause ripple effects throughout the world spiritually and politically. Brexit came first, then Trump won in the U.S.. Maybe Brexit will precede a U.S. exit from the United Nations.

‘More history: the English Civil War in the 1600s preceded the American Revolution in the 1700s. King James Bible in 1611–still very influential today. The Gospel preaching in Great Britain, especially after Queen Elizabeth I came to the throne, greatly influenced the spiritual/social/political formation of the American Colonies. The 1904 Welsh Revival preceded the 1906 Azusa Street Revival in Los Angeles.

‘Prime Minister May meeting with President Trump was absolutely the Hand of God.’

[Tim re-blogged my post on her prophetically significant speech to the Republican Party.] 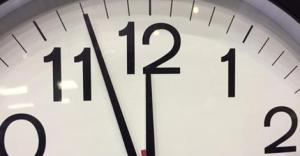 In Pauline Watford’s contribution I’m reminded of a video that I had in mind after writing:

‘Derek Prince, when teaching on End Times before his death (24 Sept 2003 in Jerusalem – RB), said that God’s clock was standing at five to twelve!

‘And the Supernatural Clock Acceleration in Bob Jones’ hospital room on 6th February and 13th February 2014 (see YouTube videos) was said to point to the church being lined up with heaven’s time when the hands of the clock stopped at midnight. I believe the spinning hands indicated past time, stopping briefly at 8 pm. to indicate Jesus’ incarnation and his launching of the Kingdom on earth, then spinning round again and slowing at 11.50 pm. until they stopped at midnight.

‘And 6th February 2017 was Queen Elizabeth’s Sapphire Jubilee, if that has anything to do with it!’

Now it just so happens that 13 months to the day before posting Dreams and Visions of Big Ben…I’d blogged Body of Christ Being Accelerated to Sync with Heaven’s Time on 14 January 2016 about the very video Pauline refers to and quoted Gary’s Beaton’s insight to those events. Do please watch…

At  2:45 mark of Gary’s phenomenal account he refers to the synchronisation at midnight. (Read About his Transformation Glory Ministries.) After commenting upon the numerical significance of the timings he explains (6:30 mark):

“Twelve is the number of divine government …you’ve got a ‘synching’ up at midnight – another 12 – God was emphasising that His government is coming into the earth right now in apostolic power. We’ve never seen it – we’ve been talking for a long time about it coming…”