On reading the previous post’s link to i24news report: Liz Truss to continue UK support-for Israel I took particular notice of this early point and its statement regarding what I sense of a possible eventual Truss-Trump diplomatic bond (emboldening added):

‘In an interview with the London-based Jewish Chronicle earlier in August, the new prime minister stressed that there is no greater friend of the UK than Israel, even suggesting during the campaign within her party that she would be open to the transfer of the British embassy from Tel Aviv to Jerusalem, as the United States did under former president Donald Trump.’

Now, regrettably we need to note the crass claptrap from two sets of Americans on opposite sides of their political divide. 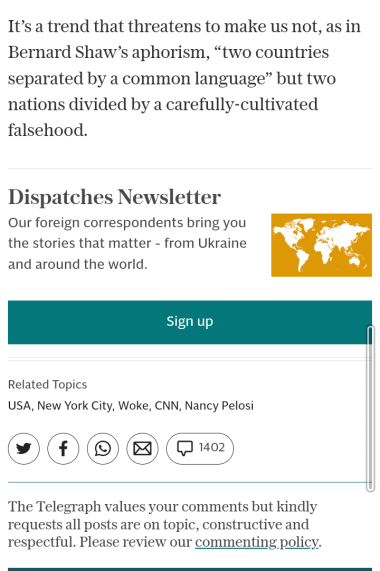 Secondly, American right-wingers!
One of the Trump Supporters Telegrams has jaundiced ad-hominem remarks against Lizz Truss’ deputy PM and Health Secretary for being overweight. So I had to address Americans’ thoroughly bad manners as kindly as possible in letters that could be quickly read:

[In reply to Trump Supporters Channel 🇺🇸]
NOTE WELL FROM BRIT WHO REGULARLY BLOGS FAVORABLY ON #45: we now have the most diverse Cabinet in history led by a pro-Israel PM who can kick asses very hard AND REFERS TO THE STORM..!
SO FIRST, CHECK OUT WHAT THE ALMIGHTY SAYS ABOUT THIS CHANGE IN UK AND START CATCHING UP – IF YOU YANKS CAN, UNLESS JOE’S CREW GET YOU FIRST!
LOL 😁

1 thought on “Two things: UK-Israel and ignorant left-wing US media”