CANADA – STRIKE WHILE THE IRON IS HOT!

This evening I was sitting at my desk answering a few emails when suddenly I heard these Words, “Only broken and shattered Arrows in the hands of My Canadian Warriors will bring forth supernatural breakthrough of Victory and Freedom for The Nation of Canada, that will sweep across the Nations!”

As I heard those Words, I felt a strong and tangible urgency rise up within in me to begin to pray for Canada, and then I heard The Spirit speak again saying, ”Canada, It is My Desire that you receive full Victory and not a partial Victory in this critical hour.

Therefore, I say to you Canada, it is time to Strike while the iron is hot!

As I heard those Words going forth over The Nation of Canada, The Spirit of Revelation then quickened to me 2 Kings 13:18-19.

Then I heard these Words in the realm of The Spirit being released over Canada, ”See, it is I Who created the Blacksmith who fans the coals into Flame and forges a Weapon fit for its work.

And it is I who have created the destroyer to wreak havoc. No weapon forged against you will prevail, and you will refute every tongue that accuses you.

This is the heritage of The Servants of The LORD, and this is their vindication from Me,” declares The LORD (Isaiah 54:16-17).

See also His Kingdom Prophecy Word; “Butterflies Rising and Blacksmiths Returning…”  The Fires of God’s Glory Are Falling on Canada!“

I had a Prophetic Encounter with the Lord this evening while in Prayer that I am to release for Canada at this time. He spoke to me like he has never done so before.
There was a soberness, and seriousness that is gripping me and likely will for some time. When He takes me to these places it is impossible to take them lightly.
So I share it out of obedience, exactly as I saw it, and as to what I was shown. I respectfully submit it today and ask you to take it and weigh it prayerfully before the The Lord.
It is with fear of the Lord and trembling that I share this at this time.
I pray that Holy Spirit would illuminate what is clearly of Him, and what is not for this Nation of Canada.
To whom has ears let him hear.
Barry

As I was in prayer tonight, The Lord took me into a briefing with Him. The next thing I knew I was face to face looking at Justin Trudeau. We were close enough I did not see his full body just from his chest and up as you would see in a portrait.

I then saw Justin sit down at his desk, and as he did, he was very careful to be by himself at that moment so that no one would see what he was looking at and working on. Even his closest advisors and security detail were not with him, nor were they all aware of what he was doing.

The second folder that I saw was a dark blue folder that clearly represented the Democrats from the USA.

The first file that he opened up was the red one. The first thing that I saw was a letter with instructions as to next steps that he was to take and implement. Behind the cover letter there was a map of Canada where there were areas that were highlighted into which he was instructed to open up gates of access to them for their purposes. There was no resistance in him at all, in fact he appeared to see it as his duty and responsibility to turn Canada over into another regime and ideology.

I was waiting and waiting for him to open up the Dark Blue file. As it turned out the blue file remained on his desk and he did not open it. It had seemed that there had been a change in events that did not play out as he had expected and henceforth the file remained closed at this point in time.

The next thing I was shown was an older man I’m going to say in his 80s, midsized and heavier set he was sitting in a seat at a distance from Justin in a dimly lit office. He was giving Justin instructions as to the changes in the game plan moving forward because of the events that had taken place were not what they had anticipated. So they ended up having to modify the plans that they had for the time being to move forward as rapidly as possible.

The next thing that I saw were beautiful clear blue skies and all of a sudden a barrage of low flying fighter jets passed over my head with a great roar. Some of these Fighters were Canadian and some were American. They were in stealth mode and my impression was that in fact the Canadians were flying undercover within their very own country. 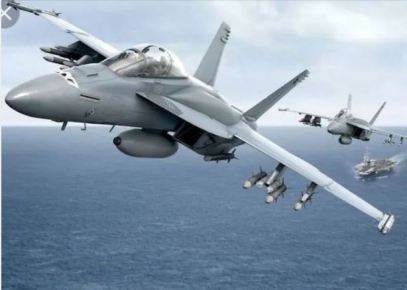 They were heavily armed and the armaments they carried were missiles, and each one had the word “TRUTH” written upon them. These were missiles that were about to be launched and dropped into the exact precise locations at the exact right time.

The next thing I saw was a city in the heart of Canada that had just experienced a mother of all bombs. The explosion was immense, equivalent of a nuclear bomb on the largest of scales. The blast was so powerful that it latterly reached from coast to coast. The shock wave moved rapidly across Canada, clearly nothing could stand up against such a force of this magnitude that did not have a place of protection.

The war suddenly over.
There was a tangible peace that was thick in the atmosphere it was surreal.
It was clear the enemy had been taken out.

Everyone was free to come out of confinement once and for all.
Truth had exposed every lie.
The scales were removed from Canada’s eyes. And everyone knew it.

Life was never going to be the same ever again.
Life was going to be incredibly better than it had ever been.
Respectfully submitted
Barry Wunsch

Courtesy of The Vigilant Fox on Telegram:

‘The Premier of Ontario, Doug Ford, has just blown up Justin Trudeau’s house of cards. In fact he’s just BLOWN UP the entire argument for mandates, vaccine passports and restrictions’ (emphases added):