In my references to Peter Navarro’s splendid, in-depth research, which is no longer accessible via Google but I printed its 3 slim volumes, it’s final part got re-blogged from the Daily Trumpet’s Clear-Categorical Proof the US Presidential Election Result Was Not Legitimate is Released.

I trust you’re able to read the following selection of photos of that part and I draw attention to Peter’s remarking that election theft by America’s so-called Democrats party is not new. It happened 60 years earlier!!

He writes in the Introduction, “The Democrat Party and its operatives stole the 1960 Presidential Election”.

In his Concluding Remarks on page 11 he avers,

“In the light of this evidence, it is impossible for anyone to claim that President Trump was in any way wrong in stoutly raising the question of election fraud and irregularities in the weeks following the November 3 election and in calling for his (74 million) supporters to PEACEFULLY protest.” 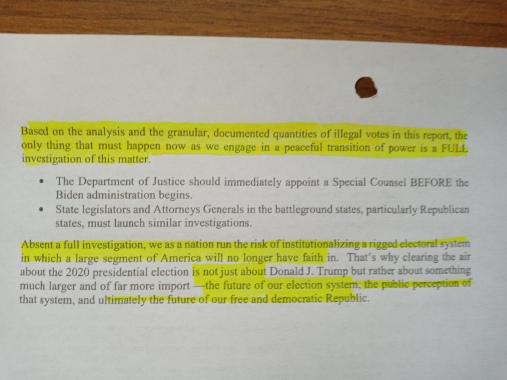