About to take a brief walk I was prompted to send a brief email to a fellow watcher but spotted news of the following alert Veronika West posted yesterday. So am re-posting it with a couple of graphics as top priority:

Just after midnight I heard these words in the realm of the Spirit going forth over the Nation of the United Kingdom, “Mayday! Mayday! Mayday!”

As I began to pray, immediately the Holy Spirit gave me a heavy burden to pray for Prime Minister Theresa May. Now As I prayed in the Spirit I was shown clearly the Houses of Parliament and Number 10 Downing Street and then again I heard a clear distress call going forth over the Nation saying, “Mayday! Mayday! Mayday!” 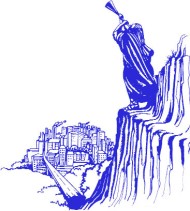 As I listened I heard that the call was coming from within these two locations (Houses of Parliament and 10 Downing Street), so I pressed in deeper then suddenly I saw these words being written over the Nation, “REBELLION RISING”, then I heard a loud trumpet sound and I heard these words echo in the realm of the Spirit, “The Trumpet Calls you to a Holy and Righteous Fight For Such a Time As This!”

Now as I have continued to pray and intercede this morning over what I saw and clearly heard over the Nation, the Holy Spirit led me back to this word, which I posted last year September concerning Theresa May and the Destiny of our Nation. I believe it is both poignant and relevant to what the Lord has revealed to me last night (emphasis RB):

Yesterday evening I had a strange encounter, I was sitting reading the word and praying for the week ahead when suddenly I felt as if I had a noose put around my neck, I began to feel suffocated and choked, even my breathing became difficult.

Immediately, I discerned the presence of a demonic spirit, so I began to pray aloud in tongues and the demon fled, then I heard the Holy Spirit speak, “Daughter Rise up and Pray for Theresa May! Watch and Be Wary of Leviathan that comes to twist and distort the truth and restrict My work of divine reconstruction in the Nation in this hour”.

As I heard these words and rushed to write them down, suddenly I saw in the spirit, the Nation of China, then I saw the Middle East, then I saw Europe, and again I clearly heard the Spirit say, “Watch and Be Wary of Leviathan that comes to twist and distort the truth and restrict My work of reconstruction in the Nation in this hour”!

So I began to pray, and as I cried out to the Lord, He showed me a very large 7 headed serpent coming out of the sea which proceeded to wrap itself tightly around the Nation.

Immediately I was reminded of the word God gave me a few weeks ago:

“WATCH FOR THE SERPENT SPIRIT THAT COMES TO KILL DREAMS, DISTORT VISION AND STEAL THE BIRTHRIGHT AND KINGDOM DESTINY OF NATIONS”!

Last night while soaking in His Presence, I had a short but powerful vision where I was shown many Nations, I saw the Nations of Africa, America, Australia, Europe, United Kingdom, India and China, as I looked upon these Nations suddenly I saw a Ladder emerging out of the Heavens over each Nation, I watched closely as the Ladders touched the earth, suddenly I saw what looked like large python snakes coming up from under the ground, I watched as these large serpents moved upon the ladders, wrapping and coiling themselves tightly around the base of each ladder.

Suddenly I heard the sound of rushing waters and I saw mighty Rivers breaking forth upon the Nations. I watched as the waters rose higher and higher above the ground, until I could no longer see the bottom of the ladders, then I saw the large serpents moving vigorously in the rising waters, I watched intently as the powerful force of the waters current began to wash the serpents away, drowning many of them.

I submit, here is what the Father revealed to me as I came out of the Vision. Immediately, the Holy Spirit quickened to me Jacob’s dream at Bethel, “Then he dreamed, and behold, a ladder was set up on the earth, and its top reached to Heaven; and there the angels of God were ascending and descending on it.”—Genesis 28:12

Holy Spirit then showed me the heavens breaking open over the Nations of the earth in this season; this is Heaven responding to the cries and deep groanings of Gods people! I saw the ladders forming like bridges between heaven and earth.

I DECLARE; “IN THIS HOUR HEAVEN IS TOUCHING EARTH.”

Then I heard these words, “This is the Hour of Divine Visitation and Divine Intervention in the Nations of the earth, For I am pouring out My Spirit on All Flesh. Now watch For A Confrontation with the enemy is Now Stirring,” says God.

Then He showed me a war that is raging with the Serpent Spirit over the Birthright and Destiny of the nations in this hour.

I saw Satan unleash powerful demonic principalities over the Nations; these are the serpent spirits sent to occupy the gateways to these Nations.

These serpent spirits sit as gatekeepers to the Cities and they are contending against the Spirit of Restoration and Revival in the land; they are sent to war against Gods Kingdom manifesting in the earthly realm.

These are the messengers of Death and Destruction and these serpent demons have the power to choke out supply and provision; they are powerful in restricting and constricting, they have the power to suffocate the life out of Gods people, and in this hour and season they come to stifle growth, distort Vision, kill Dreams and steal the Birthright and the Kingdom Destiny of the Nations.

As I went deeper into prayer, and sought the Lord for deeper revelation into the serpent spirits that I saw in the Vision, suddenly He showed me a very powerful Serpent Spirit that has come out of the Middle East, and I saw that this spirit has infiltrated many Nations, He showed me the Serpent Spirit of ‘Islam’ (NB. this is not Muslim people but what’s against Christ **: RB), as I looked upon this powerful demon serpent I heard the Father say, “FEAR NOT, FOR THE HEEL OF MY BRIDE SHALL TREAD UPON ITS HEAD AND IT SHALL BE CRUSHED”

I DECREE; “THE VICTORY BELONGS TO THE LORD!”

Then Father showed me that He is raising a standard over the Nations in this hour, He is mobilising a Mighty Army of Fearless Warriors that shall stand to FIGHT for the Birthright and Destiny of these Nations.

And, like Jacob, these Mighty Warriors have wrestled with the Angel of the Lord, for they now walk in a new way, and their strength in not in their numbers but in the Spirit of Unity they move and advance in great Power and Authority across the land. These are the Anointed Kings and High Priests of the Kingdom of God. Humble servants that have been called, chosen and commissioned by the King of Heaven to go forth to occupy and establish the purposes of God in the Nations of the earth in this hour.

These Mighty and Fearless Warriors are the Sons and Daughters of YESHUA that stand Strong, Steadfast, unrelenting, unwavering and unshakable in their Faith and Expectation, for they have learned to lean heavily upon their Beloved….! “VICTORY OVER DEATH” IS THEIR BATTLE CRY.

** Read ‘Sultan Knish’ on ‘Allahu Akbar’ is Why Muslims Kill

Published by and re-posted with the kind permission of UK Prophetic Words.