Further to Update 1, let’s look at the second confirmation contained in Sidney Powell’s message of this morning, together with earlier news reports from Maricopa county in Arizona that I’d seen in the last few days. Here she quotes a data recovery technician’s analysis of that county’s electronic voting records:

On Monday she’d noted this news from Joe Hoft of The Gateway Pundit.:

‘MOAB’ means ‘Mother Of All Bombs’.

For readers unfamiliar with what’s happening, a forensic audit is being carried out of Maricopa county’s voting records, paper and electronic, for last November’s election because Arizona was one of the ‘battleground’ states. A deep statistical investigation of those states has revealed clear, categorical proof that the result was not legitimate (see table at close of this post).

Now for recent headlines at TGP that lead into Sidney’s message on events there – if you use the link to access the reports please bear with adverts and other headlines breaking up full flow of text (but then it’s the American way): 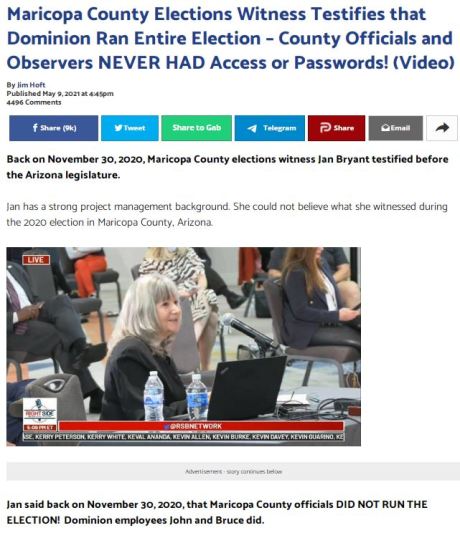 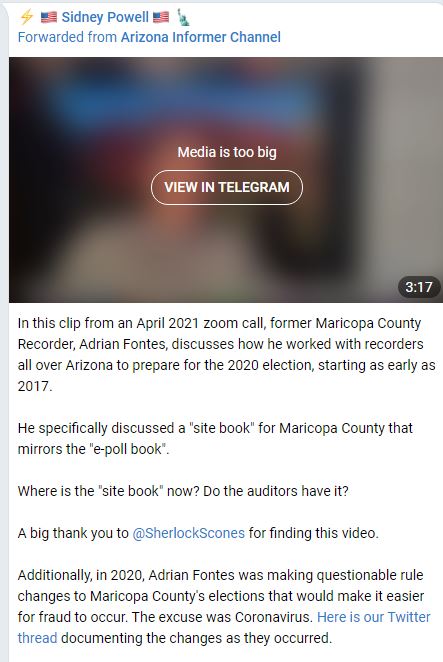 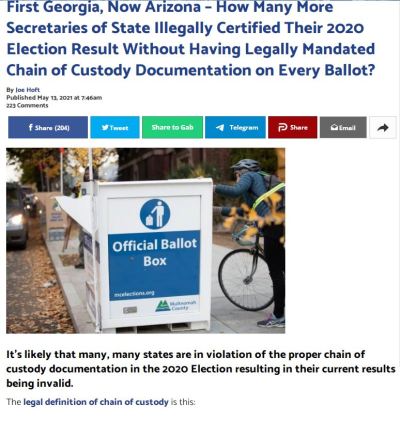 The last is updated by this from fuller easier-to-read item from The Epoch Times: 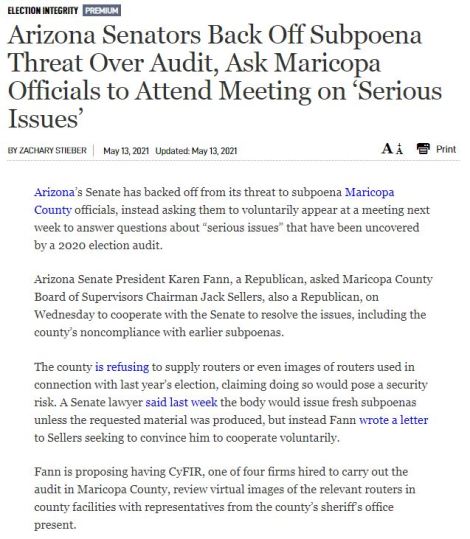 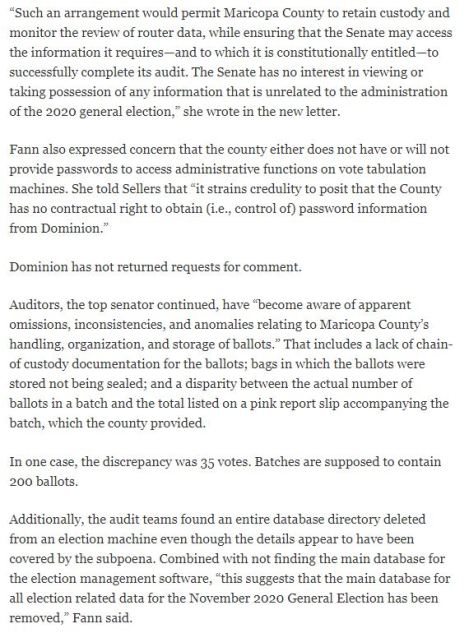 Note that last paragraph refers to a criminal action:

‘Additionally, the audit teams found an entire database directory deleted from an election machine even though the details appear to have been covered by the subpoena. Combined with not finding the main database for the election management software, “This suggests that the main database for all election related data for the November 2020 General Election has been removed,” Fann said.’ 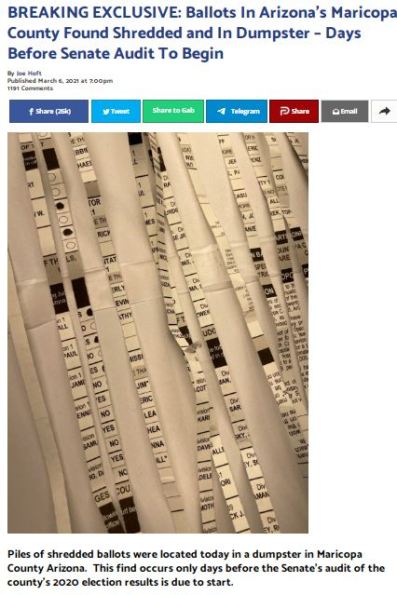 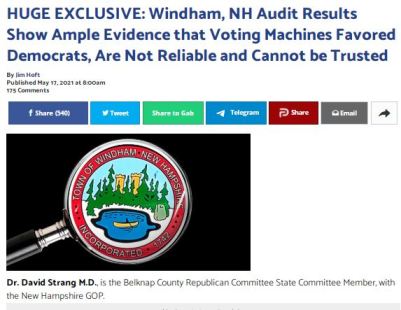 ‘THE ART OF THE STEAL’ Vol 2 – Peter Navarro

Numerical details of the questionable voting in Arizona according to Peter Navarro – Note: Biden ‘won’ by 10,457 votes, but with possibility of over 254,000 illegal votes Trump would have won by 244,265 votes in a traditionally Republican seat!

1 thought on “US Election update: ‘Mother Of All Bombs’ in Maricopa, Arizona!”