Sidney Powell says, “We are going to reclaim the United States of America!” They (whoever they are) got sloppy and left a slimy Trail. Trump stated clearly, “We got them all!” What did he mean by that? What was taking place for him to say such a thing? The world watched as President Trump won the election in 2016 and entered the Oval Office in 2017. They also watched as Dems came forth with false dossiers, cries of RUSSIA, RUSSIA, RUSSIA, all on the tale of Ukraine on Fire where real collussion and acts of war were performed on an unsuspecting sovereignty, fresh from the war torn remains still smoldering. […continue at…] SIDNEY POWELL – “WE ARE NOT GOING TO BE INTIMIDATED!” 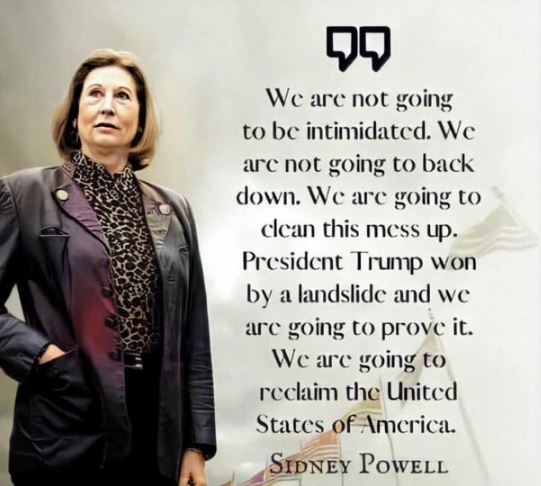