“He’s coming on the clouds, Kings and kingdoms will bow down,

And every chain will break as broken hearts declare His praise,

Who can stop the Lord Almighty?” (‘Lion and Lamb’, Bethel Music) 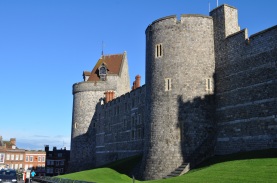 With such a thrilling song starting the morning’s high praise on Saturday 6th October I couldn’t help but recall that awesome encounter retold three weeks earlier on this blog.  Alistair, our worship leader, continued drawing a couple of hundred souls into the Lord’s presence as we went on to sing that ‘He’s a good, good Father’ , and then sing ‘Ocean’.

We’d assembled in a hotel opposite Windsor Castle for a mentoring day of teaching and activation in the prophetic gifts led by Rev Dr Sharon Stone with her guest Revd Celia Apeagyei-Collins.

Upon ascending the platform Sharon led in prayer bringing a brief word from the Lord – but was it my just imagination, or something He was dropping into my mind? I got an impression of the British Isles with a target superimposed upon it and our location being the Lord’s bull’s-eye (like on a dart board) and quickly jotted:

I sensed the ‘stakes’ are like coloured pins being pegged out at various places, like on a target square and as though radiating from Windsor. Having recently blogged on Jean Darnall, I was reminded of her vision of fires and lights across the UK and their being hit by lightning. 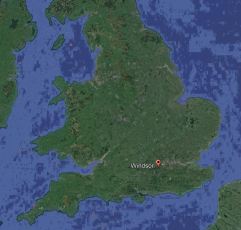 Whilst scribbling that note, Keith, whom I’ve known since we’d first attended Sharon’s classes in ’05 (at which he gave me an unlikely prophetic picture that later became true), was acting as usher and came beside me to guide someone into my row. So I briefly told him what I’d seen.

Next thing I knew, he’d vanished and returned with a leader to hear and weigh what I’d got. It was Suzanne Ferrett (of Passion For The Nation) and she said ‘ripples’ had also been mentioned the previous weekend at the ‘As One’ prayer gathering in Coventry (reported here), to which I’d been ‘God-incidentally’ connected!  (She was one of those who’d told me about it after I’d blogged about Jean Darnall.) She recommended my telling Sharon, who later told me CIE has been making connections and setting up various centers.

Unusually, the picture wasn’t a quick impression but lingered with me all morning. As I watched and listened to Celia delivering her talk I was also watching an ‘overlay’ of the open vision over this ordinary conference scene. It was like watching a video of green and blue ripples rhythmically flowing out from several points of origin across our land, as though our atmosphere was being affected by Christians’ activities and the Holy Spirit’s response.

This static image cannot convey what was in the ‘video’ because my photo-software’s effects could do only one center, whereas I saw several in action pumping out waves. Fascinated, I watched greens and blues of many hues pulsating across Britain as orchestrated, interference patterns rippled out towards Ireland and Europe; but this image may convey a hint of what’s going on…please weigh with the Lord in prayer… 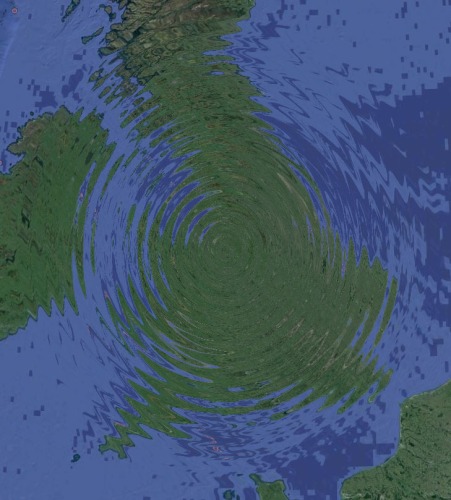