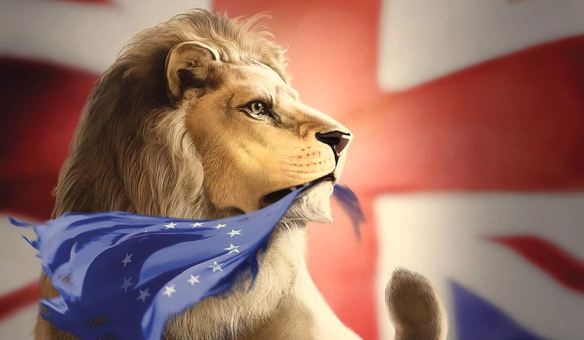 Grateful thanks to the unknown creator of this splendid illustration

That’s the sort of news to wake up to!

The British Parliament has ratified the people’s wishes to leave the European Union – terrific!  The spotlight is now upon those Members who treat the voting public with contempt and shows the majority of votes in Richmond-upon-Thames last week are utterly unrepresentative. (Having lived near there I concur with one of my readers’ claims about its dominant, ungodly darkness – the Lord knows and I pray He will deal with its practitioners in the same gracious way He did with yours truly!)

Prime Minister May is to be congratulated in her sudden decision to call Brexit sceptic’s bluff during the Supreme Court’s review on how Article 50 is to be implemented. Last night’s first full-scale debate in the House of Commons since the Referendum on leaving the EU brought MASSIVE MAJORITY of 461 to 89 in favour of triggering Article 50 by next March.

Not that I’m politically affiliated or motivated as my time is too valuable, but this sovereign action has trounced the pretensions of political dinosaurs Nick Clegg and past Prime Ministers John Major and Tony Blair – and nailed down the coffin upon Blair’s attempts at a political come-back!  Moreover, despicable oaf Bob Geldoff gets his just desserts. SNP’s leader Nicola Sturgeon needs to read the writing on the wall for her future ambitions…

So, now that Theresa May has been handed a blank cheque let’s get on with getting out and aligning with the Lord’s purposes for our nations.

4 thoughts on “EU ‘Remoaners’ thrashed and trashed in Parliament”