“Brexit, plus, plus, plus!”  Mainstream media, political pundits and pollsters were left badly shaken by their failure to foresee the unexpected – Trump’s tumultuous victory – exactly as pastor John Kilpatrick heard from Holy Spirit just after last Christmas as one aspect of 2016.:

“Nations shall be shaken, but kingdoms shall be jolted” and he was later told, “You will see it!” (see #7)

After publishing Urgent Call to Pray for PM May in September I quickly added this photo after Veronica West’s call to intercessory warfare.: 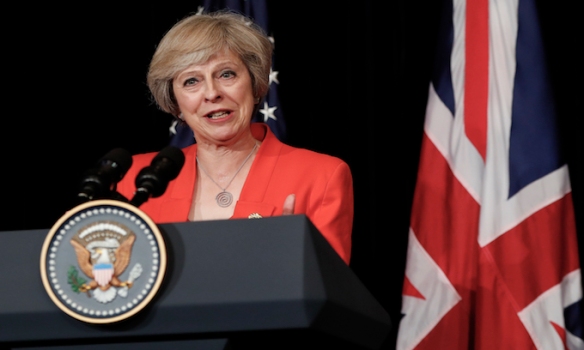 Prime Minister Theresa May talks to media with President Obama after their bilateral meeting at the G20. (AP Photo/Carolyn Kaster)

In view of the prophetic declaration delivered by Lydia Stanley Marrow under a very strong unction, “The Redcoats are coming, the British are coming!”, the notable presence of our Union Flag beside the president’s podium and our new Prime Minister speaking – with Obama himself out of the picture! – enabled me to see this photo’s portent: ie. a significant, new influence upon the USA free from the present administration and its political party.

The transcript of Lydia’s words may be read on the above link, but get the full impact that confirms what Nina saw during June’s Trooping the Colour from this clip:

I’m pleased the prophetic word The Lion Has Roared and the Eagle Will Fly is now one of this blog’s popular posts. In this extract Charles Shamp tells what he saw in mid-2015.:

‘The second was a vision and prophetic word that had deep symbolism and multiple layers of revelatory insight both naturally and spiritually for the future. The vision was concerning the United Kingdom and America and also was first given in Norwich at a Heartbeat meeting. It was a vision of revival, awakening and freedom first coming to the UK and as a result it would come to America. The word was,

“The Lion must roar before the Eagle can fly!”

‘I was shown in a vision a lion and an eagle. I then saw as the lion roared the eagle took flight. The lion spoke to me of Great Britain and the roar of the Lord over the land, a roar of freedom and revival. The eagle taking flight spoke to me of America and her receiving freedom and awakening as a result of what would take place in Great Britain. I released this word and later spoke to…We all felt it was a significant word for the United Kingdom and America that the two were interlocked for a great awakening and until the United Kingdom was awakened America could not see another great outpouring.’ 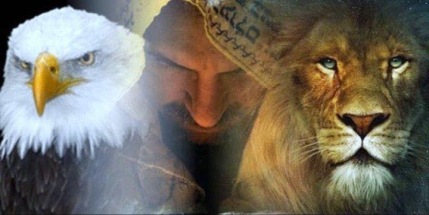 Continue reading at Clarification to ‘Redcoats’ Photo and Wise Reaction to US Election.