What a ‘coincidental’ surprise on booting up my PC this morning and downloading overnight emails. I noted these two from opposite sides of ‘the pond’ at the top of the listing.:

MY LIGHT IS RUSHING IN

I hear the Spirit of God say, 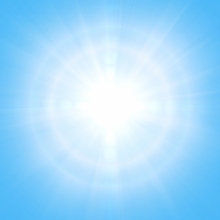 “Do not allow worry about the current waves of darkness and despair that you see washing over the shores of the earth to consume you and drag you into that despair. Do not become anxious about the depth of darkness and demonic activity that you see where you go. Rather, believe my Word and see that darkness is an optimum condition for a bright move of my Spirit. Despair invites my reformation. Sickness invites my renewal. Lack invites my abundance.

“See that I choose to move in the darkest places for that is where I am seen the most. Just as a lamp in a bright room has less effect than in a dark room, so me and my people will be seen as I begin to rise upon my children and release new waves of my glory and new measures of my goodness.

“Do not despair in this season of darkness, for I am coming and the darker the room, the brighter the light. See from my perspective as Heaven rejoices in preparation for a move of my Spirit.”

I saw a vision of the country of England as I was driving today, August 16th 2015.  What I saw was a topographical map of England. In what looked like the uppermost right hand corner of the country I saw a small fire begin. What came to mind here is what the Lord told me a while ago which was don’t despise small beginnings.  I saw a mouth blow on the small flame and the flame grew to a fire and the fire eventually engulfed the whole of England.

Along with this vision I saw a country (ies) in the same way I saw England which was a topographical map. I saw deep cracks which I saw as division in the Land and got the sense that healing will be forthcoming as well of these lands. The lands were related to England.

(Update) This morning August 17th, am adding to the vision I saw yesterday. In today’s vision I saw many, many row boats – note that I said row boats and not ocean liners – leaving the shores of England for other parts of the world. Each of the boats had a small crew and I only saw one person rowing (ie. leaving as evangelists TP). 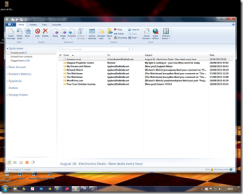 Thank you Lord that we are about to be highly blessed and ‘catch up’ with the rest of the British Isles, as in Revd Dr Sharon Stone’s clarion call for 2014 – 2016. Here’s what my unread email looked like:

1 thought on “Light and Fire in today’s first emails!”