“What’s happening in England right now is blowing my mind (I hear of more miracles)…I was there a few weeks ago…in the city of Hull, where miracles were happening – one week later our Prime Minister stands up in the Houses of Parliament and he says this..:

“I see something happening in the hearts of the British people.” He said, “I believe there’s a Christian fight-back taking place” (applause). 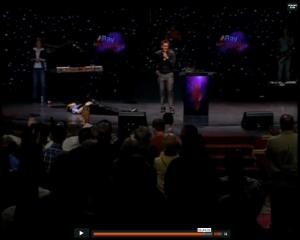 The very large congregation were on their feet applauding Nathan Morris’ report three and a half hours into Good Friday evening’s service.  (Earlier, they’d stood to honour a visiting group from Nazareth, Israel.)  And so young Nathan drew his half-hour powerful message to a close before ministering to hundreds of gathered pastors and leaders. In my opinion, every time he preaches is his best yet.  This evening in Missouri, USA, the Englishman had begun his message on how to be a powerful witness for Jesus as follows..:

“You will be endued withpower and you will be My witnesses”…

Next, Nathan explained why he always preaches about the blood of Jesus Christ.  In not having any theological training and not long saved, he felt quite timid in his first evangelistic meetings in Africa, especially with intense spiritual opposition. But the Lord told him to open his mouth and He would fill it. 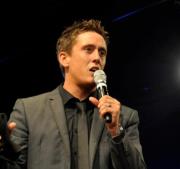 Previously, he’d been reticent to speak to Americans in depth about the effects of deliverance upon those who were demonically oppressed. This evening, however, Nathan went into detail about what had happened at a close of service when a woman was found who’d just died – but she stank like a rotten corpse. Nathan then prayed but stopped when he was told about her. She was the region’s chief witch and had come to stand against and challenge the word of God – but dropped dead!  He realised that judgement had come upon her when the Holy Spirit’s anointing had released the Gospel of Jesus Christ and His righteousness. It brings the convicting power of the Holy Spirit – which I can confirm from my own experience (recounted here).

A young Roumanian mother had also come halfway round the world from Melbourne, Australia in the hope of healing for her deaf son.  She was blessed to be able to talk to him from several yards behind his back and watch him turn around. That evening there were many other testimonies of healing, all of which may be watched on this video – the boy’s healing and mother’s account runs for 10 mins from 2hr2min (click gray bar when it’s halfway loaded).