A few personal impressions of a truly unique historic day:

(cont’d in above screenshot) .’..I PRAY HEAVENLY FATHER’S HOLY SPIRIT SPEAK POWERFULLY TO EVERY ATTENDEE AND TO THE BILLIONS WATCHING THIS HISTORIC OCCASION.

Let us stand in agreement in Jesus’ Name and for His Glory. May a MIGHTY REVIVAL NOW BEGIN.’

Right from the outset, the gospel is forthrightly proclaimed by our Prime Minister, the Commonwealth’s Secretary-General  and the Archbishop of Canterbury (per Telegraph newsfeed): 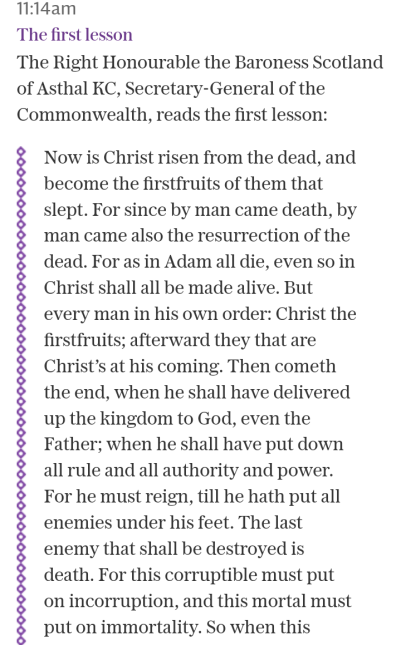 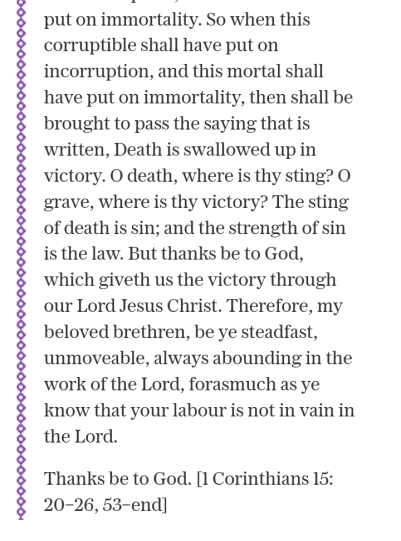 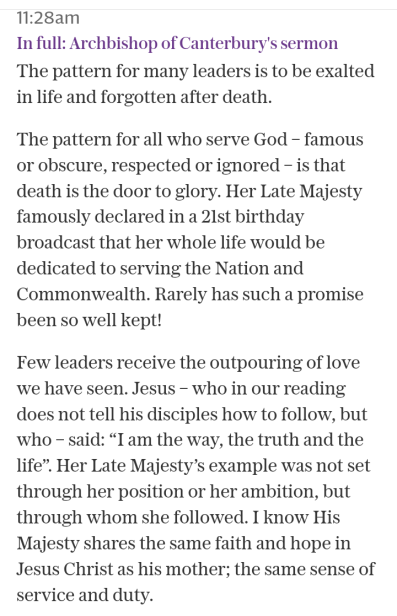 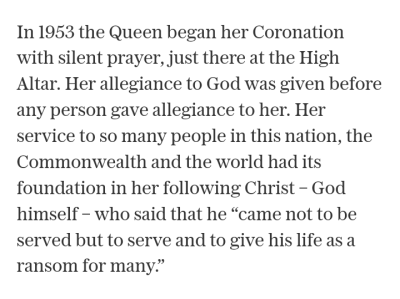 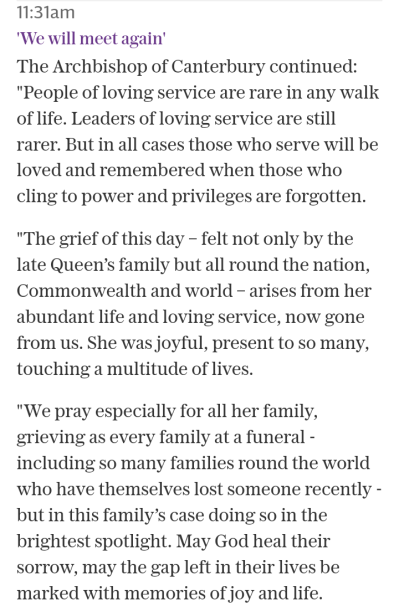 PRAY WITH ME!
“Quite possibly the most Heads of State, Dignitaries, and Monarchs to ever be gathered in one place at the same time, will be at Queen Elizabeth II’s funeral on Monday.” – Sky News
If the Memorial Service in Scotland was any indication, the Gospel will be shared tomorrow in many ways, including scripture verses read, hymns sung (Psalm 23 and others), and many things shared about her Christian faith and the God she served.
In the Scottish service, one of the ministers quoted John 14:6 – “I am the Way, the Truth, and the Life; No man comes to the Father except by Me”, and also spoke much about the Holy Spirit. It was wonderful, especially coming from a liturgical church service. I am praying tomorrow’s service will be the same. The Queen is said to have had a lot to do with the planning of her funeral, so I am believing she helped with what songs and verses are read.
They are saying that upwards of over 4 Billion people will be watching tomorrow’s funeral service from around the world…more than any other ever in history! That’s a lot of people who will hear the Word of God, both in verse and in song.

Pray with me that hearts will be touched, pricked, and pulled towards the Lord, as many may hear the Gospel in ways they never have, while their hearts are open during this emotional time. Pray that God will use this service to bring many people to realize that He is the way of salvation & hope for this world, and that He is the only God to be served! Pray that the Words of Life will even move upon the hearts of dignitaries, sovereigns, and world leaders there at the service, including the Royal Family themselves.
Also, please pray with me that there will be no incidents or attacks on any sovereigns or heads of states, and that all will be protected during this time. They have said that they have never had to have security for this many leaders at one time, in one place.
Lord, may Your hand be seen, and may Your Spirit move tomorrow!