I was utterly ‘God-smacked’ by a HUGE ‘God-incidence’ of that publication at 17:17 hrs with what Veronika herself had posted of a cartoon of the Vice President Harris:

As usual I copied that over to my Facebook, wherein Leslie Lantz Beaumont comments: “Kathie Walters had a dream also of their ‘collapse’….riding on donkeys, both Biden and Harris collapse as the donkeys give way, falling to the ground.”  To which Veronika adds, “I have not read Kathie’s word but the above reminds me of the following word I gave in 2018/19…” – see HKP America: God Will Break the Backs of the Donkeys and the Stiff-necked (28 Nov 2019) and Urgent Word for America Concerning Republican & Democrats (8 Nov 2018).

Veronika follows up with this intriguing, notable insight:

“I have to say what I found interesting reading through the (2019) word again was the clay bricks that were laid upon the backs of the donkeys,…with Biden’s slogan being ‘BUILD BACK BETTER’…when it’s more like BUILD BACK UNTIL BROKE!!!  Very interesting to note this detail.”

How very apt and shows how her vision is directly related to the current regime’s major policy plank, which is meeting sturdy resistance, even from within ‘the donkeys’.

‘A word to all the Elephants (Republicans), “Watch! For a supernatural acceleration is coming upon the Republican Party. They will become unstoppable and uncontainable. There will be an even greater shake-up both politically and spiritually taking place over the land. Watch and pray! For there will be a breaking of the backs of many Donkeys (Democrats) in the days ahead. Their cries will go unheard, for God has hardened the hearts of their task masters!”  Veronika proceeds to tell of her strange dream of elephants and donkeys, emblematic of America’s Republican and Democrat political parties (see below).

As I heard those words, I was suddenly caught up in a vision where I saw a large herd of stampeding elephants moving across the land, with their trunks lifted high into the air and thick dust rising as they ran. Now as I looked at them I could tangibly feel the power and strength of the herd as they moved together as one; the ground beneath my feet vibrated and trembled as they moved with great acceleration.

Then suddenly the vision shifted to where I saw a pack of donkeys with heavy yokes around their necks. The yokes looked so heavy that the donkeys struggled to walk and eat.

Suddenly again, then I felt the ground begin to shake and tremble and I heard the distant sound of the elephants trumpeting. I looked again at the donkeys, who were totally oblivious to what was running towards them up until that moment.

But then I saw the donkeys begin to scatter. With the heavy yokes around their necks they moved with great difficulty in every direction.

Again I heard the spirit say, “Listen! For the sound of many trumpets will be heard across this land. yes!

Watch! As the elephants stampede and the donkeys scatter, and some will say, the elephants have sounded the sound of distinction, for the sound of many trumpets will herald a great victory for a nation that has come under demonic siege!”

As I came out of the vision, The Holy Spirit quickened to me a powerful word I gave in November 2018 concerning elephants and donkeys and that in the coming days, God was going to break the backs of the donkeys and destroy those who remained stiff-necked…viz:

A word to all the Elephants (Republicans), “Watch! For a supernatural acceleration is coming upon the Republican Party. They will become unstoppable and uncontainable. There will be an even greater shake-up both politically and spiritually taking place over the land.

Watch and pray! For there will be a breaking of the backs of many Donkeys (Democrats) in the days ahead.

Their cries will go unheard, for God has hardened the hearts of their task masters…!”

A few nights ago I had a very strange and peculiar dream. In this dream I heard a strange sound it was like the sound of the rumbling of thunder in the far distance.

As I listened, the sound grew louder and louder and the ground beneath my feet began to shake and tremble.

Then I could feel a wind begin to blow across the place I was standing in, and suddenly I saw in the distance a large herd of elephants stampeding across the land.

Now in the dream, as I looked with great astonishment at these incredibly large and powerful creatures.

It was quickened to me by The Spirit that I was being shown something beginning to unfold concerning the nation of America.

As I looked at this great herd of elephants stampeding across the land I heard these words, “Watch! For what I AM about to do in this nation will be unstoppable and uncontainable. For there is now coming an even greater shaking both spiritually and politically to this nation.

Watch! For My Hand of righteousness and justice is now moving to shake, shift and sift this nation!”

Then suddenly the dream shifted and I saw a small herd of donkeys walking towards me.

Now as I looked at these donkeys, I saw that they were heavy laden, carrying a great number of clay bricks upon their backs.

As I looked again, I saw that there was a man walking behind them with I long stick and he was beating many of the donkeys, shouting at them to keep walking.

Suddenly I saw one of the donkeys collapse under the great weight of its load and the man with the stick immediately ran over to the creature and began to beat the animal.

I saw that the animal was dying, but the man began to kick the donkey and shouted even louder, telling it to get up and walk. But the donkey was severely exhausted and I watched as the animal lay down and died.

Then I watched as the man unloaded the bricks from the dead donkey’s back and proceeded to load up the clay bricks upon the other donkeys who were already heavy laden.

Then I watched as the man left the dead donkey’s corpse behind him and began to beat upon the backs of the donkeys that were now carrying the extra loads.

Then I heard these words, “Watch! For the backs of many donkeys will be broken and they shall plead for mercy, but their cries will go unheard and unheeded, for I have hardened the hearts of their task masters!”

Listen, watch and pray; “Whoever remains stiff-necked after many rebukes will suddenly be destroyed — without remedy.

Let us pray for the government and the Church in this hour. Let seek Gods face for wisdom, understanding, knowledge, strength, power, counsel and the Fear of The LORD. 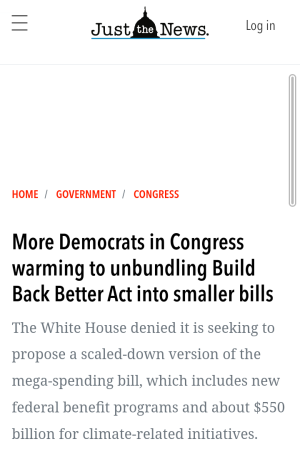 Next, more news demonstrating this prophecy is being fulfilled >>>