HERE WE GO AGAIN…as implied in the Two Presidents prophecy the USA now has a inept and untrustworthy leader who, along with his ‘Democrats,’ is destroying our long-standing, historic alliance: 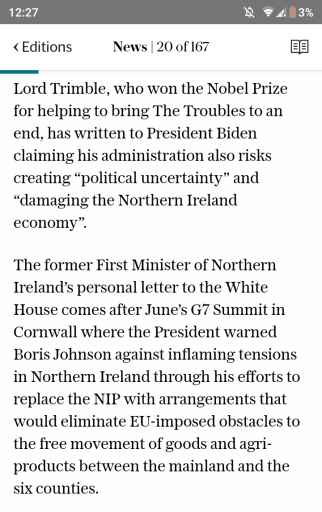 Note in particular his opening paragraphs (emphasis mine):

‘The Northern Ireland Protocol has not only subverted the main safeguards within the Belfast Agreement causing civil unrest and political uncertainty, it is also damaging the Northern Ireland economy disrupting supply chains, inflating prices and diverting trade from our main market in Great Britain….’

2 thoughts on “Biden warned over turning EU & Eire against UK”