Here’s what happened after quickly sharing the original header in The Gateway Pundit  on my Fbk last Saturday of this article: 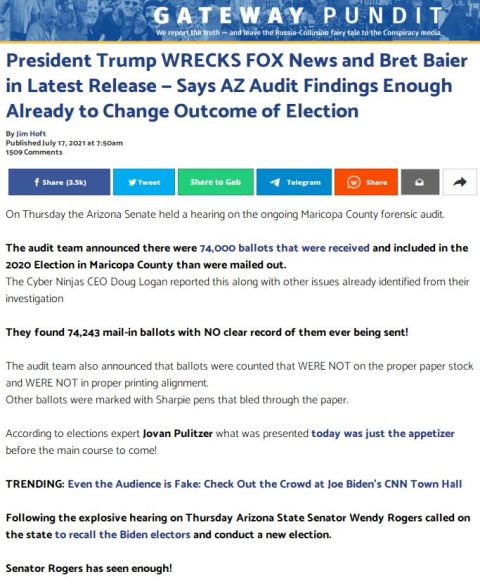 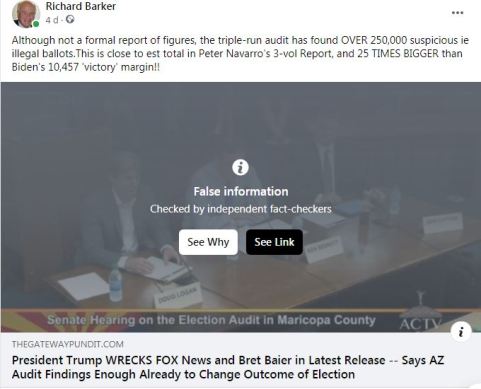 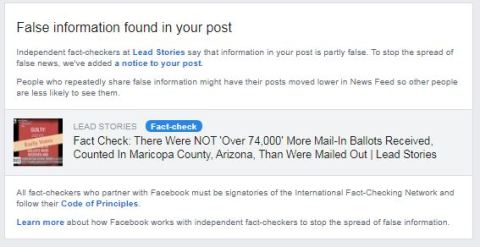 Consequently, I read the somewhat rational reasons given in full here: 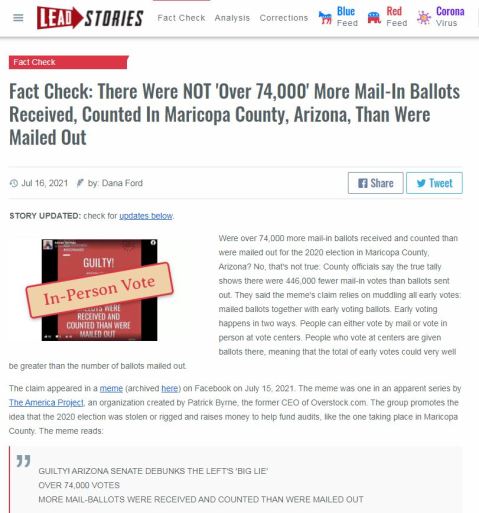 Their argument is based upon various practices permitted over the years in Maricopa county, as varied to permit mail-in voting because of Covid – which forms a deliberate political ploy, as described by Howell Woltz deep within his excellent summary of Dr David Martin’s expose of the criminal activity behind its already patented engineering and ‘cures’!

Lead Stories’ explanation in denying the auditors’ in-depth, triple-recount investigation is, therefore, rather convoluted. It’s an attempt to explain why the numbers are not what they appear and as someone wrote, it’s like saying 2+9+11-16 = 4. (The writer used an even more protracted equation.)

BASIC PREMISE AND EQUATION OF DEMOCRATIC ELECTIONS IS SIMPLE:

Thus, when all ballots received TOTAL OF VOTES cast is ‘V’.

IF STILL ‘NO’ THEN INVESTIGATE IN DEPTH; IE FORENSIC AUDIT!

For Maricopa, all will eventually come out in the wash…or as Sidney Powell puts it: 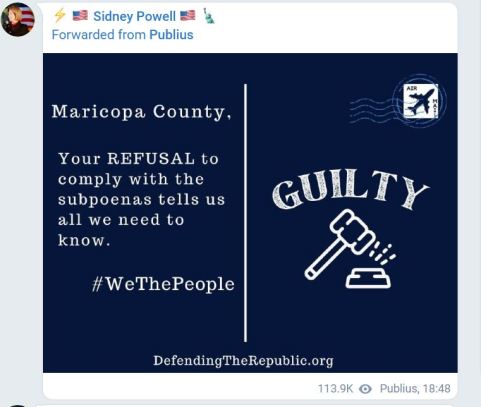