Further to Police Chief Sund’s letter of resignation and his appearance before a court: 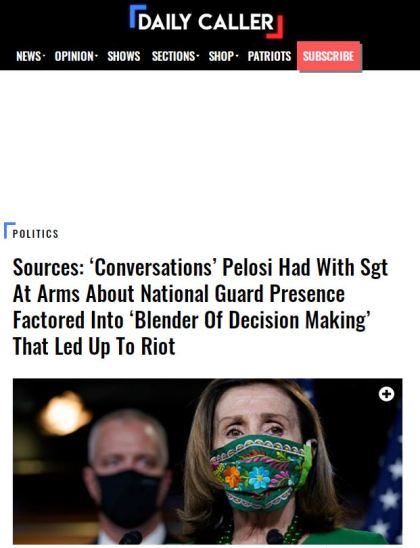 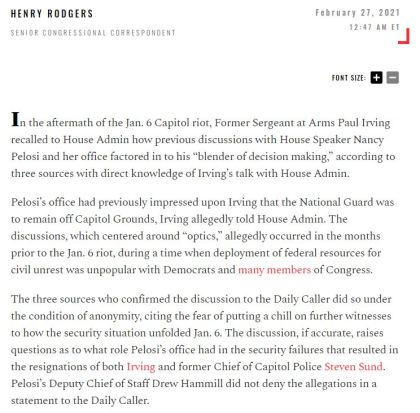 Read in full at https://dailycaller.com/2021/02/27/sources-nancy-pelosi-sergeant-at-arms-paul-irving-national-guard-capitol-riot/

NB: ‘…The three sources who confirmed the discussion to the Daily Caller did so under the condition of anonymity, citing the fear of putting a chill on further witnesses to how the security situation unfolded Jan. 6. The discussion, if accurate, raises questions as to what role Pelosi’s office had in the security failures that resulted in the resignations of both Irving and former Chief of Capitol Police Steven Sund….’