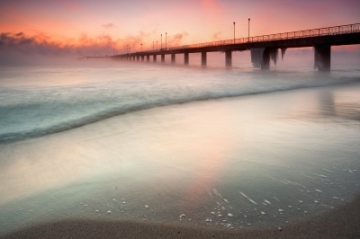 [Reminder of closing paragraph of Maxine Phyllis’ points in previous post]  So the prophetic office in USA is not automatically a good model for UK prophets to follow, IMO. Rather, UK prophets are standing first and foremost for the stuff of the New Jerusalem coming down from God, to bring correction to the Old Testament prophets on the ground. This appears to be exactly what Veronika West is doing – standing FOR the truth of what God is doing with Trump, largely despite some of the prosperity preaching, cross-rejecting prophets in USA, who have gone astray themselves and greatly compromised Trump’s spiritual path. All for your discernment.

MOST interesting and exceptional, Maxine. You’re confirming not only what I’m soon to pop into this thread but also reminding me of insights I had re the New Jerusalem and The Bride, as well as of the ‘Book beyond the Bible’s Back-cover’!

From where I am in my ‘pivotal’ position, it looks like the full manifestation of the war and the wedding feast in Revelation 19. The warriors will do what they need to do but there’s also a need for some to serve at the wedding supper of the Lamb. One is the fullness of the Kingdom on the ground, involving the nations receiving the government of God; the other is about standing for an unconquered Church as the Bride and WIFE of the Lamb. Who can decide? LOL. When the Husband is on the battlefield?

Just heard in the Spirit “Taking Canada for the Kingdom of God.” As in a Husband claiming His wife. Then just heard the word “WOMB” (Isaiah 66). ‘Can a nation be born in a day?’… 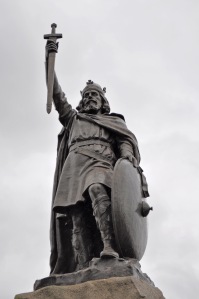 OH and note reference to Winchester, which has recurred over the last year connecting both cities in Hampshire (re Neil Mackereth) and Virginia (re Wanda Alger) re ‘spiritual bridge o’r Pond’:

‘At an inter-stream conference in March 2011 in Winchester, King Alfred’s capital of Saxon England, the Lord drew my attention to the unwritten book hiding behind my Bible’s back cover! That is, beyond The Apocalypse, or Revelation given to Jesus Christ, for showing to and recording by His close disciple and apostle, John.

‘As noted in Revival 1: glory stories, I sensed in worship that the Lord wants me to focus upon the eventual new earth and new heavens, especially the appearance from heaven of The New Jerusalem. That is, to not only be involved in and understand the times of His return, but also and more importantly to focus upon His ultimate aim for the Church, as in Revelation 21-22 and its existence and purpose beyond the Bible’s cover!‘

‘That pre-blog email recounts subsequent encouragements for understanding that this all relates to ‘The Age to Come’.’

A PROMISE Re. LORD’S RETURN

About 10 years ago I was particularly blessed at a conference in Bath where Paul Keith was teaching. As a listed art-deco cinema, the sanctuary area of Bath City Church has cinema seats sloping down to a broad, deep level floor in front of a raised platform. I recall him teaching from that floor when he got a prophetic word for someone sitting in the rear of the auditorium. Suddenly, he strode up an aisle to deliver it closer to the person. However, whilst passing me in an aisle-seat on his left, he turned to look directly at me and told me: “Await His return!” – Wow, was I undone

So although Paul Keith was about to deliver a word he must have been diverted by the Holy Spirit to convey a brief command to me – one that must be mightily important for me to know and obey as an essential part of my destiny! So, I can but trust it’s true!

Also, I’m not the only one having grounds for believing in the distinct possibility of Jesus Christ returning in their lifetime. A friend informed me he knows a lady in her 80’s who’s assured she will live to witness that event. And Nicholas, author of the previous post on moving into the Millennium is of a similar mind.

Why the dates in this post’s header? 1989 is when I encountered Jesus. 2009 is when I began writing about End-times and biblical and contemporary prophecies.

Lastly, let’s remind ourselves that the ‘Age To Come’ has been accessible to disciples since the earliest days of the pristine church, as witnessed by the author of the book to the Hebrews (chapter 6 – NKJV)

That lines up with one of the most foundational prophecies about Canada, as recorded by Peter Marshall. It says, in part, that after the American War of Independence from Britain, the Americans were considering claiming the entire continent for the USA but some Puritan prophets spoke on behalf of God: ‘I am in the independence of the United States but leave that land to the north alone. I have reserved it for a work of the end times.’ Another prophetic word for Canada (see link below) stated that it will be used to usher in the return of the Lord Jesus Christ.

I can totally confirm this as I am seeing how the Lord uses the weak to shame the strong and His power is made perfect in our weakness. Also, it’s about His lavish love for all people and a willingness to serve as a sacrifice, like an Isaac, so as many as possible can be saved rather than being more concerned with success at a political level. Free-falling in the grace of God so His Name can be made great among the nations. Dr Yonngi Cho Canada Prophecies: 1975 (B Columbia) and 1984 (N Scotia)

WOW AGAIN Maxine as I note what Dr Cho prophesies in 1984 in Nova Scotia is relating directly to the Outpouring in Toronto Airport’s Church, whose team was at the 2011 event held in Winchester, Hampshire, as mentioned above…

It’s all sitting here in my heart like a great weight. I keep praying, Lord don’t let me miss my place in all of this. I can see in the Spirit something like the ark of the covenant covering the map of Canada. I think I shared this before. When I’m with my mother especially , things like this manifest. I had this vision of a map that had another map in each of the four corners. Those maps depicted something the Lord is doing with Canada to deal with other nations. NE is Canada/UK; SE is Canada/Israel; SW is Canada/USA and NW is Canada/ China + Russia.

The challenge is coming from the NW and is related to communism coming against the Kingdom of God I see that behind the NW corner there is a great dark hole, like a bottomless pit. It appears that all that God is doing with Canada in three realms – NE, SE, and SW – is the solution to what the enemy is attempting to do through the NW. I see they are about to be pushed back and into that bottomless pit, for daring to come against the Lord’s anointed. The authority and power comes from Israel and includes, USA, UK and Canada.

6 thoughts on “Canada, Great Britain, Israel, USA and The Age To Come”