Upon awaking before this morning’s cloudless dawn I’m struck with a deep sense of humility at how the invisible Lord is using little ol’ me to emphasise the significance of what some of His prophets are saying.

It’s so hard to find suitable words. I’ve been left awestruck at how and why – and what can only be – the Lord God Himself is drawing attention to events in the USA being of great significance to Him and to the world. 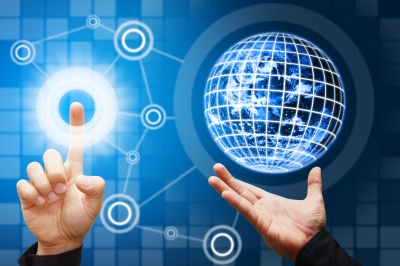 Surely, it was His hand behind what happened as I was bringing blogging to a close on Thursday. In came one of the clearest and strongest of Global Prophecy Signals I’ve noticed (59 logged thus far).

I’d posted items on and by US prophets and related news as well as a paper by an English church leader, but then I found a prophet in Northern Ireland had only just written me about directly relevant prophecies from a few Americans! So just what actually happened?

Having published posts about signet rings and Tim Dixon’s video, which ends with a description similar to a word from Veronika West, I drew it to her attention. Next, I blogged David Chapman’s item on Esther and applying her decrees to today, then scheduled it to appear at sunset. A few editorial tweeks and inclusion of painting were done leading into that time late on Thursday afternoon. And so all was ready for me to close down for a long weekend : YET not knowing I’d need to interrupt it because of …

I then turned to my in-tray and discovered that, whilst I was finishing that post on Esther, Veronika was replying to me on those very topics, as follows:

“Wow, this is amazing Richard I never heard of this dear fellow [Timothy Dixon]. I have to say you can feel the anointing of the Spirit when he shared!!! What an awesome word.

“Someone sent this video to me the other day. I managed to listen to this lady and she brings great insight and confirmation to the SIGNET RING prophetic words I have been giving!!! [13:00 mins mark Dr Patricia summarises] I never heard of her before either but what she shared witnessed with me, and not because it confirmed the word I gave but I also sensed the anointing of God upon her…

“Interestingly, the Lord has spoken again and again and again to me about it being a time of Esther and the gallows of Haman. I was also sent a powerful video by Chuck Pierce who also spoke about a signet ring.

“Please try listen to this it’s only 10 mins – listen to the end, INCREDIBLE CONFIRMATION;

“I thought it was incredibly interesting that Jane Hamon prophesied about a FULCRUM AND HOW THE PRAYERS OF THE SAINTS WOULD OUTWEIGH THE ENEMY, it served as powerful confirmation of the prophetic word I gave about the SEESAW!!!” (click to read word in full at All nations now at divine tipping point – 10 June 2020).

CONFIRMATION OF PROPHETIC JIGSAWS AND PROPHECIES

An especially impressive point of Dr Patricia is her explaining how prophecy works. She reinforces my many examples of it being like pieces of an Invisible Jigsaw. At 10.40 min she says,

“The Lord gives bits and pieces of prophecy to His prophets and then when (they) put the pieces together we get a bigger picture of what He’s going to do and what He’s revealing to us.”

Yet the surprise continues because she then refers in depth to what pastor Timothy Dixon prophesied on 14th February.

Furthermore, the second video from Veronika confirms two prophecies known to me personally! The first prophet, Greg Hood, describes something that confirms a change in a prophetic Church’s name together with two prophetic visions relating to that, as I saw at Wednesday night’s zoom meeting.

After Chuck’s brief word about Jesus’ Bride now wearing a second ring, Clay Nash refers to one of the many images given to me during one of that church’s prophecy evenings, but Clay opened up its deeper meaning. Thank you Lord.

May the Lord bless you thoroughly when you see these short videos.

2 thoughts on “Global Prophecy Signals: the Bride of Christ’s Esther Decree – and a new ring!”