MAY EACH OF MY READERS HAVE A THOROUGHLY BLESSED 2021

HERE’S CAUSE FOR CELEBRATION

Click image for link to report and its video

On 26th June 2017 Charles Shamp reported the Lord as telling him,

“My eye is upon this land and My hand upon the nation’s time, a kairos moment is about to come! I will cause a sign to come from Big Ben that will mark the moment that I have changed the time and season for the nation of England and the city of London.  Everything will stop and people will turn to see and hear. Tell My people to mark the moment when it comes to pass for it will be sign of great change in the land.” 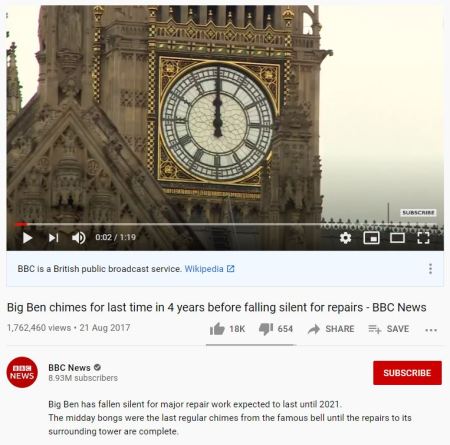