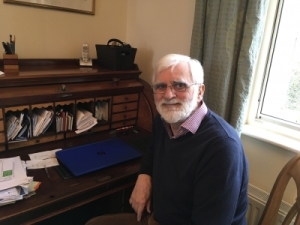 The day after sending me ‘Britannia’ Neil writes,

“My goodness, what a deluge of information on corruption in high places. Deception, turbulence and uproar are to be expected; nevertheless it is daunting, even though we know the victory is assured. I felt called to write a follow-on from the Britannia document yesterday.

“I know you cover prophecy testing principles in some depth in earlier blogs. However, I sensed the Lord wanted it moved into the light.”

While writing an article entitled Britannia, I felt called to ask God about “Thus Saith the Lord” type statements made by modern-day prophets. The insights that followed form the basis of this document. These are dark and dangerous times and, as foretold in the Bible, things will get worse. Then Jesus will return; HALLELULIA!

l have been taught that believers should endeavour to be so “one with God” that we do not need to keep asking Him for His guidance. When I look back over my life, and at the history of world events, I can see God’s amazing hand at work. It is possible to discern that His will and appointed order has been operating from ancient times. We can be certain that the His plans, based on His divine design, will be fulfilled. Though the victory is assured, looking forward is still very challenging: I find it necessary to seek His guidance on which course to take and who to believe.

How do we discern truth, when media reporting, on nearly every outlet and topic, has become tainted by the liberal agenda? It is apparent that the only acceptable narratives, in publishing terms, are those which support the “politically correct” view. Anyone who objects to this new norm is ridiculed and/or accused of intolerance, stupidity, racism, fascism, being bigoted or in need of “re-education”.

This bias is seen vividly in the media treatment of President Trump.

The majority of evangelical Christians in the USA see President Trump in a very different light to that portrayed by the media. What is not reported is that Donald Trump’s presidency has been, in many respects, one of the most successful administrations in the past 50 years. Before the Covid-19 restrictions, the US had the lowest unemployment rate in decades and the Black community’s economic and social conditions were improving. President Trump took an unprecedented pro-life stand and reversed abortion laws. He has been consistent in his support of Israel and has brokered remarkable rapprochement between Israel and a number of Arab countries. [RB: see Is Donald Trump’s Heart for God’s Kingdom? – part 4: Faith in Action]

The media appear united in not wanting to report anything good about President Trump.

They take a similar myopic view on all things connected with Israel.

Anyone who dares to express an opinion that runs counter to the accepted narrative is punished. Reporting has the power to influence, and biased reporting has the power to corrupt. The worse it gets the more it deceives. It has led to confusion, abuse, conspiracy theories, misinformation, “witch hunts” on social media and disturbances on the streets. Balanced public discussion is well-nigh impossible on topics like: abortion, Israel, “Black Lives Matter”, same sex marriage, gender and sexual orientation issues and education.

It is much easier to compromise for the sake of peace than to face the abuse. But we must not compromise: we must “Be on your guard, stand firm in the faith; be men of courage; be strong. Do everything in love” 1 Cor 16:13

The insidious spirit of deception has infiltrated all levels of society, including the church. We shouldn’t be surprised, Jesus highlights the problem of deception, in the early verses of Matthew 24. In particular, He talks about false prophets. In my ponderings, the Lord made it clear to me that all scripture is God-given and can be trusted. However, some who purport to be “called by His name” have “re-interpreted” and corrupted what the Bible says, to suit their own devices and desires. Many of these deceivers have considerable influence.

On the positive side, for those of us who believe we are in End-Times, Scripture is quite clear. ‘This is what was spoken by the prophet Joel: In the last days, God says, “I will pour out my Spirit on all people. Your sons and daughters will prophesy, your young men will see visions, your old men will dream dreams. Even on my servants, both men and women, I will pour out my Spirit in those days, and they will prophesy”.’ Acts 2:16-18.

Some are calling themselves prophets and claiming, for example, that their quotes (i.e. lines written in the first person) are words spoken to them by God, when they do not have a mantle of prophetic authority. The challenge is how to discern and authenticate the genuine and identify and dismiss the false. We should also seek to help those with good intentions who go beyond their authority, and those who are learning.

The gist of the Lord’s message to me was that testing is more important than it has ever been before.

Test everything, “Do not believe every spirit, but test the spirits to see whether they are from God, because many false prophets have gone out into the world. This is how you can recognize the Spirit of God: Every spirit that acknowledges that Jesus Christ has come in the flesh is from God,” 1 John 4:1-2.

I give some tips on testing (not exhaustive!):

These are just some guidelines, and which suggested test points should apply will vary with the nature of the prophecy.

These points have been covered before on “Richards Watch” and elsewhere. However, I felt the Lord wants to re-emphasise the need for increased vigilance in this time of increasing turbulence and deception on all fronts.