An exceptionally important message published Saturday on Veronika’s Facebook on a few passages I’d been mulling over in connection with a ministry issue, and blogging. It also relates to previous posts about the manifestation of wheat and tares parable and sifting of the Church (emphases mine):

AN URGENT PROPHETIC DREAMS….FOR THE HOUR..!

“WATCH! FOR 11TH HOUR PROPHETS CARRYING THE MANDATE OF DIVINE DESTRUCTION UNTO RESTORATION WILL BEGIN TO ARISE OVER THE NEXT 3 YEARS..LISTEN, TAKE HEED FOR THEIR MOUTHS WILL BE FILLED WITH THE MESSAGE OF ‘REPENT, RETURN OR HE WILL COME QUICKLY TO REMOVE YOUR LAMPSTAND”. 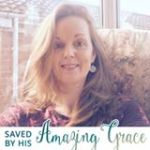 10 days ago I had two very powerful and poignant dreams that I want to share with you. I believe that the dreams are prophetically significant for both the Church and for the emerging Prophets for the hour.

1st DREAM
I found myself standing in front of what looked like an ancient door, and written upon the mantle of the door was the word “REVELATION”! As I stepped towards the door in the dream suddenly an Angel appeared to me and he spoke to me saying, “Come and I will show you what will begin to take place over the next 3 years, for the Time is NOW”.

Immediately the Angel spoke to me saying ”Come!”, and suddenly I found myself standing as I did before in front of another large and well known Church in the United Kingdom. As I stood watching in the dream, again I saw the Angel put forth his hand and drop a plumbline. Then the Angel took me by the hand and he showed me 3 other Churches, first I was shown a large Church in Asia, then I was shown a Church in Europe and lastly I was shown another large and well known Church in the Nation of Australia. Now when I was taken to the Nation of Australia I saw the Angel drop a plumbline as he had done in all the other Nations but this time, I watched as he put his hand through the walls of the Church and he removed the lamp stand from its place, then I heard these words,

“HAVE I NOT SAID, I WILL COME QUICKLY TO REMOVE YOUR LAMPSTAND FROM ITS PLACE UNLESS YOU REPENT”!

2 Nights Later I had a 2nd DREAM…!
Again I found myself standing in the ‘BOOK OF REVELATION’ where the Angel of the Lord appeared to me saying, “Daughter of Man, What do you see”, to which I replied, “I see a tree as I did before”, and the Angel answered me saying, “BEHOLD THE TREE OF JESSE NOWS COMES FORTH”, then the Angel told me to put out my hand and as I obeyed suddenly a branch grew out from the roots of the tree, and the Angel said to me, “FEAR NOT! TAKE HOLD OF IT”, as I opened my hand and took hold of the branch suddenly my hand took on the appearance of the branch, now as looked at my hand again the Angel spoke with a loud voice saying, “WATCH! FOR THE PROPHETS OF YESHUA WILL BECOME A ROD OF DESTRUCTION IN THE HANDS OF THE LIVING GOD, AND THE WORDS OF THEIR MOUTHS WILL STRIKE THE EARTH, AND THE SPIRIT OF THE LORD SHALL REST UPON THEM, THE SPIRIT OF WISDOM AND UNDERSTANDING, THE SPIRIT OF COUNSEL AND MIGHT, THE SPIRIT OF KNOWLEDGE AND THE FEAR OF THE LORD”!

Then suddenly the Angel turned his face and a heavy mantle fell upon my shoulders and then I heard these words go forth across the Nations of the Earth, “GET READY, FOR NOW IS THE TIME OF DIVINE RETRIBUTION, RESTORATION AND REFORMATION IN THE EARTH”!

Then again the dream suddenly shifted and I was now standing high above the Earth and I watched as the Angel of the Lord began to unravel what looked like an ancient scroll and written in gold I saw these words, “BEHOLD, THE ABOMINATION OF DESOLATION”! (The Dream Ended).

Please listen to the video link below for the prophetic significance and interpretation of these dreams. (Veronika joins Stephen at approx 4:45 mark.) Please listen prayerfully and share with others if you are led to do so.

2 thoughts on “Urgent prophetic dreams for the hour – Veronika West”