A loud noise from builders outside awoke me with a start!  It’s the first time in a long time I’d overslept! The alarm had gone off early for Nina to get up (I’d already been up with the dawn). I jumped up as I’d just over half an hour to ‘break fast’, get ready and get out with her before the local crowds descended in town.

An hour later at my desk this Lion Bites email was near the top of my in-tray: L.O.L.!

WAKE UP AND BE SET ON FIRE!

“As these words were decreed, I ‘saw’ the phrase shooting out over all lands, all nations and, ultimately, landing on all His people.

“To those who chose to listen to the wake-up call from Heaven there is an encounter with the fire of God that will equip you to fulfill His coming purposes. In your response to the call to rise up from your slumber there is a whole new wave of power coming into your midst, to equip you to bring Kingdom transformation.

“Respond to this wake-up call from the Lord! Allow Him to come into your midst, right now, to wake you up in areas that you have been sleeping and allow Him to set you on fire for the sake of His name.

Ephesians 5:14  For this reason it says, “Awake, sleeper, And arise from the dead, And Christ will shine on you.”
Isaiah 60:1  Arise, shine, for your light has come, and the glory of the LORD rises upon you

Confirmation of the vision 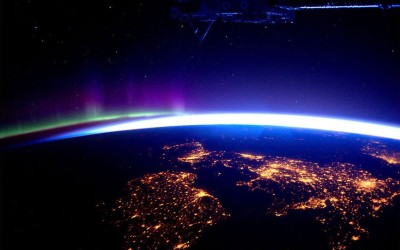 The WORLDWIDE vision referred to above is similar to, but more extensive than, Jean Darnall’s 50 years ago of multiple fires being lit across Britain (see Prophecies fulfilled 1).

However and moreover, it reminds me of what I’d sensed a week ago yesterday and which was God-incidentally confirmed the same day by Angela Jeff. She commented early the next morning on my post about Nathan Morris’ prophetic outburst, “London’s Burning”, as follows:

“Yesterday I was reading a wonderful book by James A. Stewart, called “God’s New Thing” – all about Revival. It says this “The two symbols of Pentecost are WIND and FIRE . There is no set program for a cyclone or a prairie fire. A great revival is like a forest fire”. I began to think about the fact that wind conditions have a HUGE impact on the spread of a WILDFIRE.
“The Great Fire of London sprang to mind…and so I googled it and began to do some research…there are some very interesting spiritual parallels that I believe God wanted to remind me of:
“In London in 1666, conditions for the blaze were perfect. A long hot summer had left London DRY and drought had depleted water reserves (does this not sound a bit like the spiritual condition of London today – a dry and thirsty land where there is no water?!) This, coupled with a STRONG EAST WIND meant that all that was required was a SPARK! That SPARK began in a bakery (house of bread) and boom! Suddenly that SPARK became the “consuming fire” that had so often been predicted.
“Cindy Jacobs spoke of a coming “marriage of wind and fire” and Julie Meyers UK prophecy speaks of a move of God like a WILDFIRE!! I feel so stirred that God is calling us to press into these things in prayer. I believe that a second “Great Fire of London” is coming! Another interesting factor which is food for thought is that the Great Fire followed the dreadful plague which had gripped London in 1665. Some say that the fire, as dreadful as it was, was God’s mercy on the city because it purged the city of the plague. Oh how we need that burning cleansing flame to sweep through our capital city! Let’s pray for London!!”

I especially thanked Angela, saying that only yesterday I’d had a strong sense of a likely coming spiritual fire. It may have been specifically for the chapel and establishment we were gathered in for a service for healing.

After communion, I’d gazed at piles of logs on the lawn outside that had been gathered from the small wood around the premises.  Right away I recalled a photo taken by Gary Beaton at a similar scenario. It showed two ‘angels of fire’!  (I blogged on this a year ago this month in Sighting of angels in a fire.)

Also, I took the opportunity to refer to the “unstoppable firestorm” word brought by Bobby Conner 7 years ago this month.

Angela refers to Julie Meyer’s well-known song “The Bridegroom Cometh” reference to “wildfire”. Delivered at Voice of the Apostles conference in Pennsylvania on 20 October 2012 it prophesies revival coming to Great Britain and Europe. So I replied that Johnny Enlow had brought something in a similar vein 7 days earlier in Windsor UK. (Read my notes on him in Visitors notice heavens more open in England – posted last May! 🙂

Yes Angela, let us all agree to press in prayer for this revival.

[Aurora from the International Space Station – image credit The Telegraph]