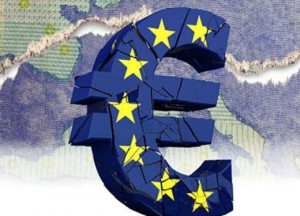 The reason ‘Note on Cycles’ was inserted into God-incidents validate cycles…(part)1 was for contemporary rather than only biblical evidence for 40-year periodical cycles. I quoted financial analyst Eric Hadik’s expectations for 2015 of ‘acceleration’ and of the crisis in European financial markets coming to a head.

And sure enough, on the day of that blog the crisis over Greece took a nosedive! As usual for my full Thursday writing, I wanted to put the intermittent work over several days to bed with publication.

Over a leisurely morning coffee and crossword in Alton the next day my paper’s business section bore this headline from international business editor for the Telegraph, Ambrose Evans-Pritchard: Greek Crisis deepens as IMF dismisses payment relief. He reported the Fund’s MD as stating, “We have never had an advanced economy asking for (debt) payment delay”.

The next day in covering the International Monetary Fund’s meeting of finance ministers and central bankers in Washington, Ambrose reported UK Chancellor George Osborne as saying the escalating crisis in Greece is now the biggest threat to the world economy.

Today’s news, ‘Europe’s creditor powers have ruled out another “big” bail-out programme for Greece as the country edges ever-closer to an unprecedented default on its international lenders…Failure to agree a new bail-out package would further call into question Greece’s long-term future in the currency union…’

Anyone wanting a detailed overview should read Dr Steve Ewart’s Breakup of the EU from Dr Chuck Misler’s Koinonia House.

In closing, let’s refer to Eric Hadik’s January report again and note his remarks about the Swiss (as underlined RB):

‘Has the Euro Crisis accelerated in January 2015? Have events begun to reach fruition??
Today’s move by the Swiss Bank – without notifying anyone at the IMF (Horrors! They should have told them so that someone could have capitalized on it, then leaked it and also had time to precede it with a nice, tidy ‘spin cycle’) – was their version of ‘exiting’ the current Euro process.
’You can spin it however you like… but IT’S ALL ABOUT PERCEPTION. The Swiss might be neutral, but they’re not nuts. And, we know they are savvy bankers – so you do the math. They are ‘getting out’ (figuratively speaking) while the getting’s good…
’…Before Greece could exit and before the UK could ‘exit’ it. And before additional problems come out of hiding across Europe. Why wait around for the inevitable when the handwriting is on the wall???
’The Euro has entered a DANGEROUS period and a DANGEROUS price zone. And, tomorrow is a decisive day (described weeks ago)…’

We need to stay alert and keep watching…this financial topic continues in the next post  on Iran and in Update to Eurozone crisis.