Resurrection weekend featured healings from long-term ailments, and encouragement from the Lord for Nina, plus insights and confirmations of a personal nature through Charlie’s teaching.

Well Church International in Bramley was the first of two locations in the area starting Charlie & Brynn Shamps’ Kingdom Invasion UK tour before they head off to Germany and France. This time last year I blogged about their visit and prophetic words for the UK (tag). So it’s very interesting this time to hear Brynn speak about a vision she received at Jacob’s Well (outside Guildford) during that visit. After praying about it, they realised this was a good reason for them to return to the UK.

When Brynn referred to ‘the ground opening up’, I recalled what I’d seen in an open vision during worship in 2004. Here’s her account from Diary of a Preacher’s Wife; A New Chapter (highlighting added):

On a Saturday afternoon, as we ministered in a place called Jacob’s Well I saw a vision during worship. What I saw was a great shaking in England and the blood of the martyrs (the revivalists and believers that have gone before us and laid down their lives for the Gospel) rising from the ground. As it rose, the rains from Heaven began to pour with the weight of God’s presence. Mid-air the droplets of blood and water collided, instantly transforming into golden drops. These liquid drops of golden glory fell back to the Earth, covering the ground – saturating the land. It was a declaration and confirmation that God’s glory was about to cover the Earth, but first a shaking was going to take place.

Here’s their report on the weekend (and there was more!):

“We arrived in Guildford, which is just south of London, on Thursday and started the Passover Conference at The Well Church, Friday night.

“Wow, did God ever move in power! The presence of God moved uniquely in each meeting. Many people were touched and testified of receiving miracles throughout the weekend.

“On Friday night a woman testified to having a scar that she had for twenty two years vanish while the power of God swept through the building.

“Then Saturday night three woman had tumors dissolve from their bodies. One woman had multiple growths for more than twenty years leave her body! These are just a few of the wonderful things that took place over the past few days.”

Power of God moving through the meeting 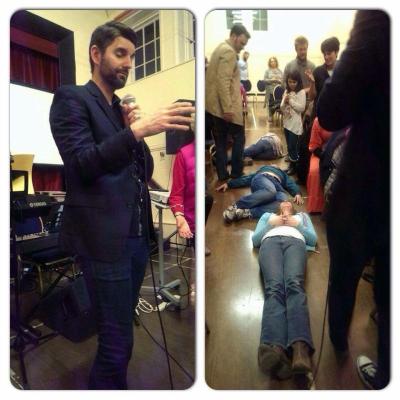 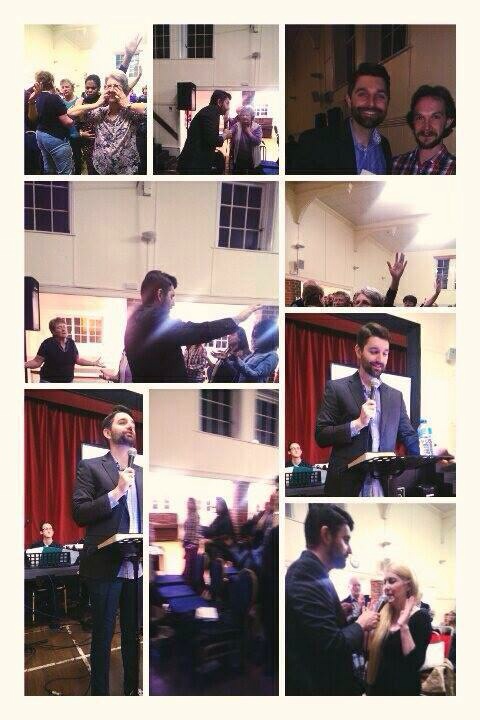