After a couple of days out and about, in which Nina gave a short talk on how the Lord gets our attention before we come to Him in faith, I’ve noted and got lined up several important items. In addition, this morning I was led to ever so quickly scan through and remind myself of what the Lord had given Amanda Grace concerning US politicians, the White House and a reference to exposure of highly suspicious activity in the Pentagon.

Returning home, I had in mind to catch up with a discussion but an incoming message confirmed that this, prophesied 54 weeks ago today, is TOP PRIORITY…

After getting a cuppa I spent about 15 minutes trying to open Whats App study group on my Chromebook, which is better for reading lengthy discussions than my phone. BUT it just would not work and an online member of the group tried advising me – but I really don’t have time to waste.  Then I noticed an incoming Messenger alert at 15:22 from a Fbk friend in Florida, saying:

“I wanted to bring to your attention something that occurred lately. See below news story: https://www.usatoday.com/story/news/nation/2022/02/03/pentagon-security-finds-chicken-henny-penny/6646499001/ They named this chicken Penny Henny! This brings me back to Veronika Wests dream almost exactly 1 year ago in January to her word about Chicken Licken the sky is falling….”

Now this is yet another ‘God-incidental’ instruction for me to finish what I’d wanted to  blog in bringing my week to a close…Last Thursday morning, Veronika herself had drawn my attention to that year-old word because…

“Just saw the word you posted by Amanda. I wonder if she saw the word I gave on Chicken Licken. I have to be honest when I initially received that dream I had literally no context for it. Maybe this is the parallel that’s coming to pass!!! Very interesting timing.” (emphasis mine)

Moreover, early this morning a Fbk brother linked Amanda’s video of last night to one of my postings, and which was also sent to me by the sister in Florida…

“…Amanda Grace went on YouTube last night with an update on prophecy coming to pass and she said on January 12th God highlighted “Henny Penny” to her and then on January 31st the news story about the chicken at the Pentagon came out!”

If you remember on January 12th 2022 I had told you that i heard the Lord say to me  “Henny Penny”and clearly my spirit. He said henny penny and remember i talked about henny penny and the the story that goes along with henny penny the chicken and now she thinks the sky is falling and it really an acorn hit her in the head and she gets  everybody running down this rabbit hole really a foxhole on this – you know this idea she’s got even though she didn’t know what hit her and praise god her little friends were there with her from the farm and helped save her in the rooster from the fox because
they wandered out from under uh their covering.
So i say this live january 12th about henny penny right sharon’s going to put up the article january 31st 2022 i kid you not this stuff you can’t make up people. A chicken
was seized wandering near the pentagon and had i guess wandered into a secure
area and this chicken was lost and they seized this chicken and they named this chicken henny penny they chose the name penny penny for a chicken that randomly
breached the perimeter of the pentagon and so yes this happens i mean i i was just beyond my jaw was just on the floor so yes this chicken is now going to live out her life at a animal sanctuary that actually took her no an animal sanctuary took her don’t worry uh they posted pictures of her and they and they said where she was going but this random chicken wandering around the pentagon and they named her henny penny so i’m sorry you cannot make this stuff up so god’s got a sense of humor.

Here’s the relevant part of what Amanda was given on 22nd November 2021:

“And the Spirit of the Lord says this day, an illegal maneuver within the walls of the pentagon will become a black mark will trouble another nation that shall become vocal of such, says the Lord of Hosts, for within the walls of the pentagon treasonous and blasphemous activities are taking place some situations shall get very hot under the collar and a chain of command taking bribes from other nations shall come into focus, says the Lord of Hosts….”

Three days ago I had a powerful warning dream that I want to share with you all for the purpose of prayer..!!

Note: This Word is long…. So grab a coffee, or maybe a pot…. and enjoy!

So, in the early hours of the morning of the January 22 (RB: 2021 – inserting year and noting my personal number yet again I spot time on my pc reads 17:22), I had a powerful dream where I suddenly heard these Words, “The sky is falling in… The sky is falling in… I must go and tell the king!” 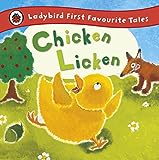 And as those words echoed in the realm of The Spirit, I immediately recognised the words, as they came from one of my all time favourite childhood stories, ”Chicken Licken” or some of you may know the story as “Chicken Little” (There are a few different versions of the story.)

But, as I heard those words, and as my heart connected with the story, suddenly I saw myself as a child sitting on the floor at the feet of a story teller in what looked like a peaceful library type setting.

As I looked at myself as a child in the dream, I heard these Words, “A simple child-like Faith is required for uncertain and challenging times.”

Now as those words resounded loudly and clearly in my spirit, I watched the story teller turn to the first page of the story book and he began to read….(continue reading from Page 1 at His Kingdom Prophecy The Sky Is Falling In!)

8 thoughts on “‘The sky is falling in!’ – Veronika West and Amanda Grace”