Once again a few jigsaw pieces of God’s invisible jigsaw puzzle fall into place by means of His GPS, or Global Prophecy Signals!

When spotting news about some US Democrats’ intentions to hand over sacred sites in Jerusalem to Palestinians I opened with a personal opinion that it supports the notion that the Biden regime is Obama term-III, in view of his well-known anti-Israel stance. In other words I suspected and hinted at Obama being the puppet-master behind Bye-den, as said in Monday’s blog.

A Facebook friend, Lisa S, messaged me on Tuesday evening “Pelosi said it out loud” – said what? “Seems like Pelosi outed Obama!”

THE HIDDEN OBAMA CONNECTION IS NOW OUT IN THE OPEN! 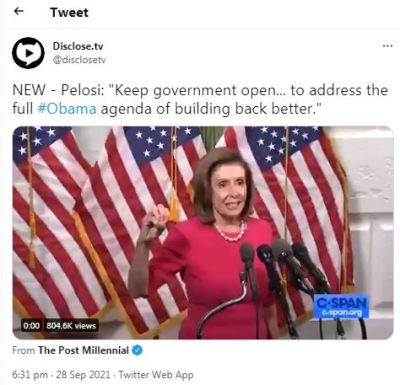 Lisa had sent me a message last Thursday 23rd, but being away I hadn’t been able to read the link she’d posted on the businesses directing the Deep-State. Next she added, “Oh my! Johnny Enlow is sniffing on the same trail today Elijah Streams.”

I had noticed Veronika West had posted a new, brief word last Thursday but I didn’t read it and so it was only earlier this week that I began to put two and two together and found both prophets are talking about the same symbolic animal – and later Lisa added a third prophet’s recording of live worship and the same prophetic word…WOWEE!