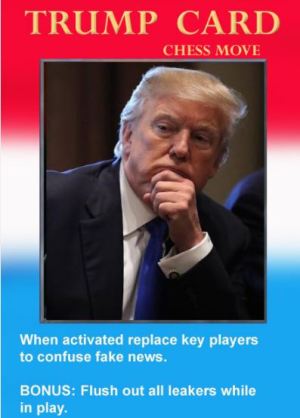 Bob Hodgson kindly permits my re-publishing his personal account posted yesterday on Prophetic Releasers for UK Revival (facebook), which is perhaps the earliest report on how the Lord sees and is using Donald J. Trump to serve His sovereign purposes. It is a most suitable addition to this blog’s many postings on indicators of Veronika West’s vision posted 8 Nov 2020 of the Trump vs Biden high-stake poker game coming to pass. (You may recall my blogging on similar from Johnny Enlow, Dianne Marshall’s images of cards in play (as above), even in the British Press and in Parliament, as well as in an Australian blog, with the latest brought by Dr Patrica Show.)  Bob writes – emphases mine:

I know I know, another post about Trump, but here’s an account of what the Lord said to my wife and I regarding the US election way back in 2007 at a time when we were very ill-informed about US politics.

We were seeking the Lord for the next year’s (2008) presidential election. We had recently met a US businessman whom God had called to stand as an independent candidate, and being intercessors, we took up the challenge. Having spent the previous decade in warfare over Britain’s membership of the EU, we fully understood the global spiritual war against the rise of Babylon.

Then on one particular occasion, as we waited, God spoke these words, “The Lord has His trump card!”

Being in the UK, and not having a TV we had never heard of Donald Trump, so in 2007 those words made no sense at all, other than its surface meaning. However, like all prophecies, it went in our prophetic journal and stayed there waiting further revelation.

And of course, despite our intercession, Obama won in 2008, and then won again, giving 8 years of godless government.

Then 2016 came around, and suddenly a man called Donald Trump hit the news with his presidential campaign, and the 2007 prophecy immediately made very clear sense, (especially knowing how ungodly the alternative – Hillary Clinton was).

The word God had given me 9 years earlier clearly confirmed to us that Trump was the man ordained by God, triggering an ongoing volley of prayer on his behalf. Trump’s victory in November 2016 obviously confirmed the word.

But having won that election, Trump then spent the next 4 years under a running demonic attack aimed at de-legitimising his presidency and blocking every election promise he tried to fulfill.

Then came the 2020 election, and it looked from early results that Trump was winning by an even larger margin, but suddenly, huge ballot dumps appeared for Biden only, jerking the count in the opposite direction!

Watching the saga of fraud and gross dishonesty deepened our prayers, but in the days after the election we were very perplexed, hoping and praying that the legal challenges would reverse the result.

So lacking clarity, a few days after the election we went back to the Lord and asked for a clear word of knowledge. But instead of giving a fresh word, the Lord redirected us back to the original prophecy, “The Lord has His Trump card”, and it was as if a light switched on and suddenly we saw what we had previously missed.

The veracity of the original prophecy has been clearly demonstrated by the simple fact that Trump had won the presidency in 2016, but what did that mean in 2020?

I am no card player, but I do know that trump cards always defeat any cards from the other suits in the pack. Additionally, nobody plays their trump card early in the game, instead they always hold on to the trump card ’til the very last minute, waiting for the pile of cash in the middle of the table to maximise. [RB: as in the vision Veronika received.]

A high-stakes winner in a card game will defeat all other players, put them out of the game, and take all their money. So applying this analogy to the election, the game which started in 2016 between the Lord Himself and the satanic god of this world, has not stopped at Trump’s 2020 defeat, but is still in play, and will be in play ’til God decides to place HIS winning hand on the table!

If God had successfully played his trump card, then His opponents would have been defeated and bankrupted instead of, as we have witnessed, fighting furiously at every turn to destroy Trump in every way possible

That was the interpretation we saw in mid-December.

So after the election, my wife and I waited in prayer and anticipation to see what would happen in the electoral college meeting of the 6th of January. But again, we were perplexed and disappointed, and again we returned to the Lord for His counsel.

This time the Lord did give us a fresh word. I heard him say, “The Lord laughs!” and my wife heard this, “Why are you downcast?”

So no, despite the disappointment we were not in the least bit downcast, especially knowing that the Lord is laughing at his enemies! The game is obviously still in play!

That was what we felt after the 6th January, which left us looking forward to the next date, the 20th January inauguration, but as before, we were again disappointed. But those dates had been set by us, not the Lord, and the failure still does not discount the words we heard from the Lord.

To recap, it is very clear to us that the Lord’s card game is still being played! The Lord holds all the Trumps, and is still waiting patiently for the winnings pot to maximise.

Since that fraudulent election, more and more corruption has surfaced, more and more workers of iniquity have stood up to boast. Every day, the Lord’s opponents have made their faces known.

‘Surely the Lord God does nothing, Unless He reveals His secret to His servants the prophets.’

God does this so His prophets and intercessors will understand how to fight, and that’s why our current prayer strategy has moved away from urging the Lord to play His Trump card. Instead, we daily cry out that more and more corrupt players will rush to that card table and fall into the Lord’s trap!.

The last thing we want to see is half a victory, we want an overwhelming victory!

I am confident victory is already assured, but as warriors, I believe our prayers and intercession will decide the magnitude of the victory, the size of winning pot on the card table. Therefore, we must stop listening to the media false prophets, the voice of Satan, and instead flow with the Lord’s plan.

So to all the prayer warriors, please take time to seek God and strengthen the weak knees and get back in the fight.