Published this mid-afternoon on Ignite Ireland Ministries and in His Kingdom Prophecy:

AMERICA, SET AS A SIGNET-RING NATION – THE SIGN THAT GOD IS NOW REBUILDING, RESTORING AND REFORMING THE NATIONS OF THE EARTH!

(See below. This is the First Vision of two Visions. The second will soon follow!) 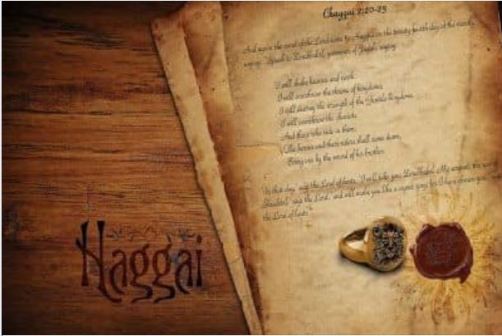 I heard The Spirit say, “America, I set you as a Signet-Ring Nation, the sign that I AM now Rebuilding, Restoring and Reforming the Nations of the Earth!”

Can I first say,.. I believe both of the following Visions speak into the New Year ahead. God is now Rebuilding, Restoring and Reforming the Nations.

Both Visions speak to us seeing, that in the midst of God’s Judgement coming upon the works of wickedness, there is a great Harvest of Souls coming to The Nations.

I hear the Words, ”The Hour of Harvest is here!”

Both visions speak to God’s Redemptive Power to Save, Heal and Deliver Nations — Nations that align with True Repentance and return to their first love.

This is the Master-Key — the weight that will shift The Scales in The Courts of Heaven in this New Era.

I believe we will see a great manifestation, as The Hand of God’s Justice moves to radically Intervene and bring Rescue and Redemption, Restoring what has been lost, stolen and destroyed by the hands of the devourer.

These Words speak to the manifest Power of The Seven Spirits of God going forth across Nations as a mighty Whirlwind to scatter and to gather — to scatter the works of Satan and to gather in a great Harvest of Souls!

So let’s begin. I received the first Vision on the 7th August 2021 where the Nation of America was shown to me as a man drowning in deep and fast rising floodwaters.

I saw his hands flaying, waving frantically, trying to keep his head above the water. He was gasping for every breath; his cries for help filled the airwaves. He was looking for someone to rescue him from the waters that were getting deeper and deeper.

I watched as the drowning man was becoming more and more desperate, time was running out, when suddenly, I saw what looked like a multi-coloured Life-ring being thrown down to the drowning man.

Then I heard these Words, ”America, it’s time! It’s time to wage War with My Covenant and win!”

Again I heard these Words, ”America, it’s time! It’s time to wage War with My Covenant and win!”

Suddenly, I saw that the drowning man was no longer struggling to stay afloat in the deep flood waters, but his feet were now standing on dry, solid ground, and as I watched this taking place, I heard The Spirit say these words over the Nation,

“America, see, for I have set you as A Signet-ring; the sign that I AM now Rebuilding, Restoring and Reforming the Nations of the earth. Watch as My Hand of Justice and Righteousness now moves to bring this Nation full circle.”

America, I say to you, “Fear not!” Take hold of My Covenant Promises in this hour. Take hold of the manifest power of My Seven Spirits.

Yes! I say stop trying to hold onto man, leaning on the arm of the flesh, but take hold of My Hand, take hold of My Life-Ring and be set as a Gold Signet-Ring upon my finger!

America, your strength is waning, your power is failing in the turbulent waters of chaos and confusion, fear and torment.

See! For your right wing has been wounded, so take hold of My Covenant and fly again?

America, your heart is torn, for you cannot serve two masters. Return! Return America, and I shall rescue and save you. I shall raise you up greater, stronger and mightier than before.

I shall pour out My Glory upon your streets. Healing, Restoration and Reformation shall come to this land.

So take hold of Me and Live! Return to The Altar of Awakening this day. Return quickly to your First Love and be liberated from the shackles and chains that have weighed you down and dragged you under!

America, nothing is too difficult for Me. Nothing is to hard for me to handle. What shall stand in the way of the manifest power of My Seven Spirits?

America, this day I have remembered and I have reminded you of My Covenant with you. See! For My great Redeeming Power shall come to rescue you from drowning and from going under.

Look up! Look up and see My Eyes are upon you, and My Hand is now reaching out to draw you up and draw you out of the rising flood waters that seek to overwhelm and overtake you!

The sound of wedding bells that herald My Covenant Blessings over this Nation?

Listen! For The Sound of Freedom shall be heard as the chains and shackles that have kept you bound are shattered and broken to pieces.

America, a prodigal Nation will now return to her senses, no longer will you eat with the pigs or dine on the delicacies of darkness, but your blind eyes will be opened, your deaf ears will be unblocked, and your voice that has been silenced will roar again.

A Nation lost shall be found. A Nation that went her own way will return to her First Love and be fully Revived, Restored and Reformed!

America, I AM calling you in this hour to arise in your true Kingdom Identity and Authority! I say to you, America, you are My Ring.

You are My Authority. You carry My Presence among the Nations. I have sealed you, and set apart. You bear My Mark. You are My Image Bearer. I have given you all Power and Authority over everything you touch!

So I say to you again, America, it’s time to wage War with this Covenant and win, for even as Jacob wrestled with God, so you have now entered into a time of Divine Contention and intense Warfare for the blessing of God over this Nation.

I say to you America, will you be like Jacob and refuse to surrender or retreat during this time and season of great wrestling for the blessing, or will you loose your Faith, Hope and Love?

Will you choose now to dig your heels in deeper and refuse to let Me go, until I call you by a new name and bless you?

For even though Jacob wrestled with God and his hip was broken, look! Fear not! For out of the brokenness came the blessing of a new name, a new identity and a greater destiny.”

(See HKP Word “America: Trump Will Win — But Will Walk With a Limp“ )

Therefore America, be brave and of good courage. Take your stand and do not surrender in the midst of the raging storm, for in the midst of great distress, a greater desperation for my presence is now being birthed, and out of a greater desperation will come an even greater move of Divine Intervention, Supernatural Deliverance and the fulfillment of Kingdom Destiny in this Nation!

Ha! For this great shaking is by design. For by My Righteous Right Hand I have brought this Nation to a place of Holy Desperation that will awaken the deadness in the hearts of My People.

See, for in the midst of the storm of great distress those who were once blind will now see the brightness of the rising of My Glory and all Nations will be drawn to its rising.

A people who have only known Me by the hearing of their ears will now have eyes to see Me!

Watch! For a Nation that has cried out in desperation will stand and see The Salvation of The LORD.

A Nation once drowning in the deep rising flood waters will now be set as a Signet Ring. A victorious Nation will now wage war dressed in the Armour of My Covenant — a Nation ruling and reigning in all Power and Authority over the works of wickedness in high places.

I tell you, watch! For a great Nation that has wrestled with God will be called by a new name and win, but will walk with a limp!”

2. Taking a Nation Full Circle: “God’s Justice Moves Within the Sands of Time“

Please see Interview with TRUTH UNVEILED MINISTRY where I share both visions in more depth;

“A Nation SET AS A Signet Ring CALLED TO NAIL ITS COLORS TO THE MAST.
When a ship in battle still has some fight left, God will place a Signet Ring on to remember HIS promise and the flag colors will be nailed to the mast of the ship.
God is not finished with America — He has a great plan. This show will lay it out for you, with God’s intentions and desire to USE HIS REMNANT!”
TO LISTEN ONLINE GO TO FOOT OF HKP POST
Blessings to you all.