ACE confirmation and encouragement from Chris Bennett this morning after this week’s correspondence over one of many leaders’ cynicism about Donald Trump. After I’d sent a link to the video of his confessing Christ in public, that leader ‘encouraged’ me “to look carefully at the fruit from Mr Trump (because) I struggle to see the values of Jesus or a heart for His Kingdom in what I have seen over the years.”  I replied with a briefing on my watching the White House over this decade and a few brief points about Trump’s Kingdom mission to reverse the damage done by the previous, ungodly administration (eg see previous). Consequently, it did drop into mind that maybe the Lord’s using me to test and teach for His purposes? 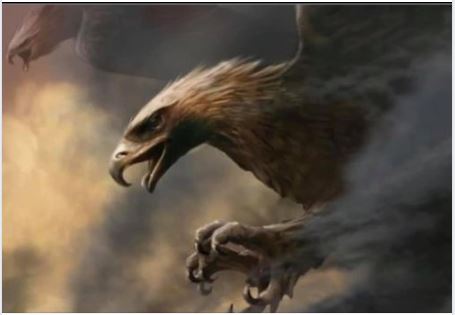 SET YOUR FACE AS FLINT

Here’s a Word for all the prophets out there.

The Lord took me to the word ‘flint’ this morning. I had heard it the previous Sunday, and for some reason it had stuck in my memory and just wouldn’t go away. So I looked it up and this is what the Word says :-

“Then He said to me: “Son of man, go to the house of Israel and speak with My words to them. For you are not sent to a people of unfamiliar speech and of hard language, but to the house of Israel, not to many people of unfamiliar speech and of hard language, whose words you cannot understand. Surely, had I sent you to them, they would have listened to you. But the house of Israel will not listen to you, because they will not listen to Me; for all the house of Israel are impudent and hard-hearted. Behold, I have made your face strong against their faces, and your forehead strong against their foreheads. Like adamant stone, harder than flint, I have made your forehead; do not be afraid of them, nor be dismayed at their looks, though they are a rebellious house.” Moreover He said to me: “Son of man, receive into your heart all My words that I speak to you, and hear with your ears. And go, get to the captives, to the children of your people, and speak to them and tell them, ‘Thus says the Lord God,’ whether they hear, or whether they refuse.”
Ezekiel 3:4-11

The Lord then had me exchange the words ‘house of Israel’ for ‘UK Church’!He then showed me a castellated ruin, rather like one of the monasteries which were destroyed when Henry VIII dissolved the monasteries in the mid-1500’s. “This is the state of much of My Church today – desperately clinging on to whatever is left of their heritage, but failing at almost every turn, crumbling away every day! They spurn my prophets. They won’t even listen to them – but you, son of man, shall be my spokesperson to them.”

You may well protest, “But Lord, I have no platform, I have no real reputation. Why will they listen to me?” I heard the Lord chuckle – “Did you not read what I just showed you? Did you not read about being like flint? Did you not see where they may hear and they may refuse to listen? Have you not said to people that your job is to deliver my words – how they are received is none of your business?”

The Lord then showed me this verse – “Is not My word like a fire?” says the Lord, “And like a hammer that breaks the rock in pieces?” Jeremiah 23:29

“I am using you as a hammer to break their refusal to hear prophets. The strength and flint-like countenance will serve you well and will demonstrate my seriousness to a hard-hearted people. As I said to Jeremiah, “Therefore prepare yourself and arise, And speak to them all that I command you. Do not be dismayed before their faces, Lest I dismay you before them. For behold, I have made you this day a fortified city and an iron pillar, and bronze walls against the whole land— Against the kings of Judah, Against its princes, Against its priests, And against the people of the land. They will fight against you, but they shall not prevail against you, for I AM with you,” says the Lord, “to deliver you.” (Jeremiah 1:17-19)” says the Lord!!Louise Key also encouragingly responds on Facebook as follows:  I heard Him say “All the church has ever known and been accustomed to, I am replacing with ALL I HAVE EVER KNOWN”
That’s His Kingdom right???
I know I am far from perfect and do not rate myself more highly than anyone else but if your role is a Watchman and a Spokesman, the Lord overshadows you as you go like a child in willing obedience. When you know you’ve heard, most often you need to speak.
Keep going my fellow Watchman; HE IS COMING SOON!!

9 thoughts on “Set Your Face As Flint! – Chris G Bennett”