Being politically non-partisan my motivation is to follow the Lord and assist in bringing His Kingdom on earth. However, in noting prophetical words issued in Nov-Dec 2015 about the EU I began blogging in some depth on this topic as we approached the 2016 Referendum, and especially for checking the accuracy of those words. Subscribers submitted their researches and, together with personal insights, this developed into a full flow of blogs monitoring the on-going situation as best as possible.

In last week’s Prophecy Today UK, Peter Carruthers offers some biblical and historical perspectives on the EU, and reminds us our first priority as citizens is to the Kingdom of God: 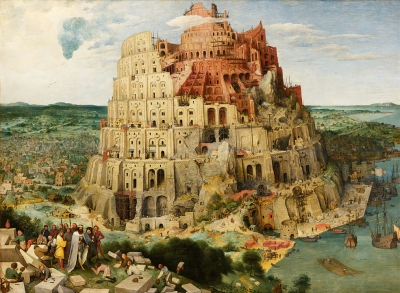 The Tower of Babel, by Pieter Bruegel the Elder (16th Century)

…Europe’s geography, history and culture cannot be comprehended without reference to Christianity and the Church.

Christianity shaped Europe through an uneasy alliance between Church and state: between the Roman Catholic Church and, after the Reformation, the Protestant state churches, and the secular powers. There is both a dark side and light side to this. 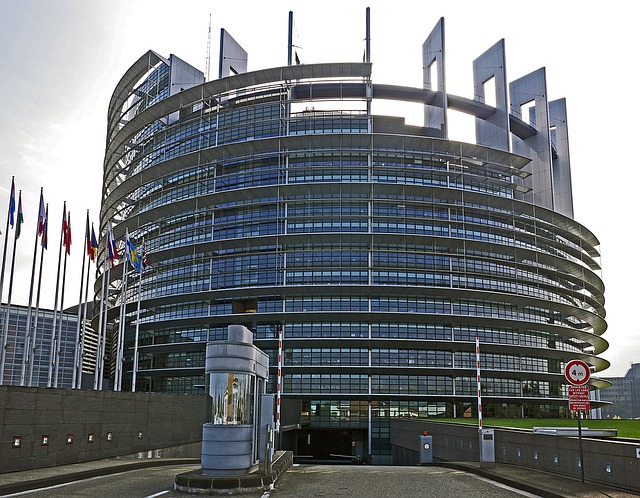 The European Union’s original vision and ultimate destination are a single ‘country’ or super-state, in effect an empire, inspired especially by the Holy Roman Empire. This is evident in the EU’s symbolism (e.g. an unfinished Tower of Babel and the Charlemagne Prize)1 and in the words of many of its founding fathers and current influencers – from Richard von Coudenhove-Kalergi to Guy Verhofstadt.

Economic union is a vital staging post towards this end. Peace is both a pretext and a goal. The EU’s vision is of peace and brotherhood, as perhaps expressed in the words of Beethoven’s ‘Ode to Joy’, the melody of which is the European anthem. As the EU’s website states, “in the universal language of music, this anthem expresses the European ideals of freedom, peace and solidarity”.2 There is even a sense in which the EU seeks to ‘immanentise the eschaton’: to create the Kingdom of God without the King.

To achieve the EU’s aims, member nations necessarily surrender (some of) their sovereignty for the greater good. Nations must be democracies to join the EU but, I would argue, the EU’s understanding of democracy (and that of many nations of mainland Europe) is different from the British understanding. The British have, I believe, a greater sensitivity than many Europeans to the EU’s unelected leadership and federalising ambitions, which is why Britain has always been somewhat ‘semi-detached’.

Like European civilisation, the European Union is (or was) a ‘Christian’ project. Most of the founding fathers of what became the EU were Roman Catholic Christians, some devout, and Catholic social theory (e.g. subsidiarity and solidarity) was a significant influence on their thinking. It is believed that Konrad Adenauer, Alcide de Gasperi and Robert Schumann shared a prayer retreat in a Benedictine monastery before signing the Treaty of Paris, the precursor of today’s European Union.3

But the European Union has since explicitly disavowed its Christian roots and identity. The unratified European Constitution, which formed the basis of the later Treaty of Lisbon, while referring to the civilisations of Greece and Rome and the Enlightenment, made no mention of Europe’s Christian heritage or of God.

I do not believe that the EU can be changed into something else other than it is. Any nation that wishes to be part of the EU has to accept the surrender of sovereignty and the direction of travel, i.e. ever-greater union, that is intrinsic to the EU’s DNA. Although there is much evidence that the EU is in crisis and in danger of fragmentation, this is more likely to lead to either a breakup of the Union or a re-assertion of its essential federalism, than the emergence of something wholly different.

Christians are as divided in their attitudes to the EU as people are in general. Individuals’ reasons for taking the positions they take will vary, but five discourses shaping Christian attitudes to the EU can be identified, as below. Some of these are more biblically justified than others, but all contain elements of truth. Understanding these discourses can help both scrutinise our own positions and build bridges with others.

Britain is now about to leave, or half-leave, or embark on a protracted process of leaving, or perhaps not leave, the EU. As former Greek finance minister Yanis Varoufakis said, the EU is like the Hotel California of the Eagles’ hit song – ‘you can check out any time you like, but you can never leave’!11

What is clear is that leaving will not simply return us to our situation 40 years ago. And we should prepare for turbulent and difficult days ahead, whatever the outcome of the current negotiations.

Challenge to Our Attitudes

After the Referendum, at Prophecy Today we celebrated the result as an answer to prayer and as God’s mercy on Britain, giving us an opportunity to be once again an independent and sovereign nation. But, we also believed that the nation remained under God’s judgment, and I warned at the time that without repentance we risk exchanging the ‘tyranny’ of the EU for an even greater ‘tyranny’. I see little evidence of widespread repentance among God’s people, let alone the nation at large, so I believe that this danger is as real now as it was then. Contrition and intercession remain imperative.

I also believe that the Lord would have us explicitly acknowledge again that we are first and foremost citizens of his Kingdom and our values and priorities should be those of the Kingdom of God. I believe we still need a change of attitude to the rest of Europe that is free of any feelings of superiority and sees the other nations not primarily to be shunned or embraced politically, but as recipients of loving intercession and mission, whatever our political relationship.

Finally, this is a time when the ‘Issachar task’, to understand the times and know what God’s people must do (1 Chron 12:32), is even more urgent. We need to create contexts to speak to each other (Mal 3:16) and discern and develop explicit agenda to prepare us for the days ahead.

5 thoughts on “Biblical and historical perspectives upon the EU”