Below, Veronika West again reiterates what she’s received from the Lord and stands upon; making it an exceptional word to test in the near future as to its accuracy! Take especial note that her reference to the next four months reflects the timing prophesied on 30th October by Chuck Pierce, about which I blogged “after having heard Dr Sharon Stone refer to it…when teaching on a new, ‘pregnant’ season of shaking during the 9 months from Nov 2018 to July 2019..” (underline mine):

BREXIT; DELAY/EXTENSION; FEAR NOT!! FOR LAZARUS DIED BUT WAS RAISED UP AFTER 4 DAYS…! 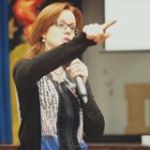 For those of you who follow me and are praying for BREXIT and for what God is doing in our Nation at this critical time you will have read the poignant word I shared a while ago concerning “LAZARUS’ TOMB AND A RAPID ACCELERATION OF KINGDOM ADVANCEMENT IN THE MIDST OF DELAY”, well yesterday as I went before the Lord again and spoke to Him concerning this Word and the DEATH AND DELAY I saw coming to the Nation, the Spirit of God began to speak and reveal to me that the DEATH I saw was going to be a DEATH OF AN OLD ERA, ALSO THAT IT WOULD BE A DEATH TO THE PRIDE AND SELF-RELIANCE that we have walked in as a Nation. I believe that the SIN OF PRIDE AND SELF-RELIANCE has truly prevented God from coming towards us as a Nation and, just like in a physical death there is a PASSING AWAY OF THE OLD BODY AS THE SPIRIT PASSES OVER INTO THE NEW, THERE IS A DIVINE TRANSLATION THAT TAKES PLACE, A CROSSING OVER FROM THE OLD EARTHLY REALM INTO A NEW HEAVENLY REALM AND DIMENSION OF HIS GLORY!

YES! PROPHETICALLY I SEE AND BELIEVE THAT IN THIS HOUR AND SEASON AS A NATION WE ARE NOW SEEING A DEATH TO AN OLD ERA, BUT SOON WE WILL SEE AND EXPERIENCE THE MANIFESTATION OF THE BIRTHING OF A NEW ERA.

I BELIEVE THAT AS A NATION WE ARE ENTERING INTO A NEW REALM AND DIMENSION OF HIS GLORY ON THE EARTH…!

WATCH! FOR AFTER DEATH CAME A DELAY OF FOUR (4) DAYS…!
Now remember, when Lazarus’s Friends sent for Jesus to COME QUICKLY because Lazarus was sick and they wanted Jesus to raise him up off his sick bed, BUT when Jesus heard their calls to COME QUICKLY HE CHOSE TO DELAY BY 4 DAYS and, as we know, Lazarus then died and his friends buried him in the tomb!!

4 DAYS later Jesus FINALLY ARRIVED and Lazarus’ friends ran up to Jesus and they told Him that it was now too late and that his friend Lazarus was dead.

On hearing this Jesus WAS NOT MOVED, SHOCKED OR TAKEN BY SURPRISE, NO!!!
THE DELAY WAS A DIVINE SET UP, BECAUSE I BELIEVE JESUS DID NOT WANT TO JUST PERFORM ANOTHER HEALING, NO!!, JESUS WANTED TO PERFORM A MIRACLE OF RESURRECTION POWER, HE WANTED TO PERFORM A MIRACULOUS SIGN AND WONDER FOR HIS FRIENDS,…HE WANTED TO DISPLAY HIS FATHER’S GLORY ON THE EARTH IN THE MIDST OF WHAT SEEMED IMPOSSIBLE…! SO JESUS IN HIS GREAT LOVE AND WISDOM “WAITED” FOR A DEATH TO FIRST TAKE PLACE SO THAT HE COULD THEN BRING FORTH NEW AND GREATER LIFE.

Now we know that when Jesus FINALLY ARRIVED, HE THEN CALLED OUT FOR LAZARUS BY NAME TO COME FORTH FROM THE TOMB AND LAZARUS, BEING DEAD, WAS INSTANTLY RESURRECTED AND HE GOT UP AND WALKED OUT OF THE TOMB STILL WRAPPED IN GRAVE CLOTHES!

WE SEE IN THIS INCREDIBLE MOMENT A MIGHTY MANIFESTATION OF GOD’S GLORY ON THE EARTH AND ALL WHO SAW THIS MIRACLE OF RESURRECTION POWER WAS AMAZED AND THEY “GAVE GOD ALL THE GLORY”!!’

I submit to you FAITHFUL PROPHETS AND WATCHERS OVER THIS NATION that as we have now seen a vote passed to DELAY BREXIT, WE MUST NOT BE TEMPTED TO LOOSE HOPE BUT WE MUST RESIST ALL FEAR AND KEEP OUR EYES ON THAT WHICH IS TO COME FORTH FROM THE TOMB.

I submit to you that the next “4 MONTHS” are going to be CRITICAL MONTHS for the Nation, I believe they will be BOTH SPIRITUALLY AND POLITICALLY STRATEGIC MONTHS FOR THE BIRTHING OF OUR NATION, “APRIL, MAY, JUNE AND JULY..”, AND ESPECIALLY THE MONTH OF JULY HAS BEEN HIGHLIGHTED TO ME AS A VERY SIGNIFICANT MONTH FOR THE NATION.

I KEEP HEARING THESE WORDS, “WATCH AND PRAY, FOR WE HAVE NOW ENTERED INTO THE LAST TRIMESTER OF A LONG PREGNANCY, GET READY, FOR THE WATERS ARE ABOUT TO BREAK FORTH”!!

On Tuesday 12th, the day of PM May’s second humiliating defeat at 391 against 242 votes in the Commons, Veronika published this header preceding a reposting the message of 8th January on Lazarus (linked above):

BREXIT…! “FEAR NOT! A DEATH AND A RAPID ACCELERATION IN KINGDOM ADVANCEMENT IN THE MIDST OF DELAY…! WATCH!..THE WINDS OF RESURRECTION POWER WILL BEGIN TO BLOW FORTH ACROSS THIS NATION..! 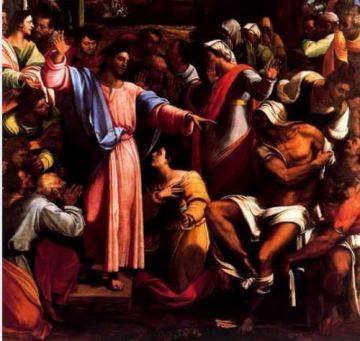 8 thoughts on “Prophetic word on Brexit delay: Fear not – watch next four months!”