An exhortation to pray for Britain’s leaders and people to know and move into God’s full purpose for us. When we humbly recognise, repent and turn from all that’s contradictory to the spirit of our prayers and seek God’s face for fuller revelation, then He promises to hear, forgive and cleanse us individually and nationally and to heal our land (per 2 Chron 7:14)

Thank you to Lynne at Father’s House of Prayer for reminding me of this powerful vision the Lord gave Wendy Alec a week after bombings on London Transport in July 2005 (see Watchman Network report). This extract from the full vision explains unequivocally why Britain should extricate itself from the anti-Christ spirits presiding across the water.: 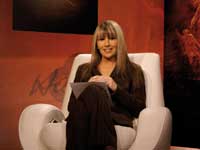 ‘…And the Lord showed me huge flourishing green tree that was planted in the European mainland – its huge trunk seemed to be planted in Brussels and the foliage had grown so dense that the trees branches and foliage had grown over the English channel and covered Britain in a great dark shadow and thousands of smaller offshoots and branches had taken deep root in Great Britain – and I saw the roots tangled and grown into London and then through the British Isles up all the way to Scotland.

‘And I saw thousands upon thousands of people bowing in obedience to this tree and the roots were tightly twisted around their ankles – but they seemed totally unaware of this – that they were bound – and so they rejected the faith of their fathers – and I saw a great scoffing and a great decline in the traditions and the foundations of the past – and this mass of people was divided into two camps – the first huge mass of people whose ankles were bound by the gnarling roots of the green tree from Europe were younger and seemed more modern in their approach – and I saw written over their head – ‘UNBELIEF’ – ‘CYNICISM’ – ‘HUMANISM’ – and the foliage and green leaves seemed to shadow their heads – and I sensed that they were being attacked at a cerebral level.”

‘But the second group seemed to be those whose roots and foundations were from the established traditional denominations of Britain – yet they were just as affected as this first group – but I saw written over their head – ‘PRIDE’ – ‘SKEPTICISM’ – ‘CLOSED MINDEDNESS’ and I sensed that the roots around their ankles had bound them in a different manner – that even if they heard the call of the Spirit in these days that the spiritual forces had them so bound that they could not move with the tide and the times of God – and I saw the green foliage literally cover and shadow their foreheads and eyes and I saw the word blinding.”

“The spirits that led Europe into post Christian decline – have invaded Great Britain over these past decades – and have infiltrated and overshadowed the nation with the same humanism and paganism and secularism – and yet Britain is still so blinded by her roots and her foundations that she is still declaring herself a Christian nation” – but the Lord says that, “She has been shackled by the enemy.”

‘And I said, “Lord what can break the shackles?”

‘And the Lord spoke and said,

‘Then I asked the Lord about the Church – and He showed me thousands of people all belonging to different denominations with divisions and literally multitudes of OPINION – and somehow it seemed that the people’s opinion was all more important in their eyes than God’s opinion and I heard Him say:

“Until their opinions become My opinion the Church will continue to be divided among itself and be weak and underfed and lack the true POWER of GOD – Oh yes,” says the Lord –

‘And the Lord said –

“A humble and penitent heart I will not despise.”

– and I saw the words written – ‘DIVISIONS AND FACTIONS’.”

‘Then as people dropped to their knees all over Britain from every walk of life and denomination – the lion started to change – and He grew strong and sleek and his roar grew stronger. And I saw written in the spirit – “Create in me a clean heart O God – and renew a right spirit within me”. And as the people started to seek the face of the Lord I saw the word ‘COURAGE’ – and I knew that in the spirit realm that Great Britain had been endowed from the beginning of time with the mantle ‘COURAGE’ – and the Lord said,

“THE GLORY HAS DEPARTED FROM THE LION – BUT THE GLORY OF THE LORD OF HOSTS SHALL RETURN.”

AMEN: Lord let Your Kingdom come, Your will be done here on earth as it is in heaven…

14 thoughts on “UK/EU in/out #5: vision of Britain and our End-time purpose”